1)    YouTube in the NEWS
In the last fortnight, there have been a couple of extremely interesting developments in the copyright regime operated by the online video platform YouTube.

Firstly, YouTube has taken a step to forbid manual claims by copyright holders and specifically record companies, which is done to claim revenue upon videos including extremely short music clips or “unintentional music.” Inculcating the importance of quantitative content in a video, YouTube in a blog post has revealed this change. The reason provided for the same move reads: “These claims can feel particularly unfair, as they transfer all revenue from the creator to the claimant, regardless of the amount of music claimed.” However, although manual claiming of money has been restricted, the ability to block or disable putting ads on videos using the manual claims tool will still exist. YouTube has gone on to acknowledge that in the short run, this might result in a lot more videos being blocked, however it is pragmatically focussing on the long term impacts. Even “Timestamps” to recognise exactly which part of the video is infringing have been brought in place for all manual claims, for invoking copyright claims in a balanced and fair manner. As reported by Variety, if YouTube creators feel that their use of unlicensed content falls within the fair use bracket, they can always dispute the same in the service’s appeals process.

Now, Secondly, YouTube has resorted to the DMCA to take action and file a suit against a major alleged copyright troll whi they have identified as one Chris Brady, and who YoTube says has been making extraneous and illegitimate copyright claims. The basis of the complaint is that Brady has taken aim at the Minecraft gaming community, alleging several infringing claims against two users - not only to extort money - but to allegedly slander as well as part of the 'trolling'. It has apparently been also reported that these copyright takedown notices were allegedly abusive and involved an element of blackmail wherein the message read that the YouTuber ought to pay Brady 150 $ via PayPal, or another copyright strike would take place. This information was conveyed to YouTube after multiple efforts, finally through another video, upon which YouTube has restored the videos and filed a suit against Bardy. A false accusation suit has been filed. Upon being enquired, as reported by The Verge, YouTube has released a statement that: “We regularly terminate accounts of those that misuse our copyright system. In this case of particularly egregious abuse, where the copyright removal process was used for extortion, we felt compelled to pursue further legal action and make it clear that we do not tolerate abuse of our platform or its users.” An issue highlighted in this system of YouTube is the focus of scrutiny on the accused rather than the accuser. The assumption is an extremely good faith oriented one that focusses on every takedown request being legitimate. It is imperatively needed that a balanced approach is followed for proper implementation of the Copyright system on such vulnerable intermediary platforms.
2)    Meanwhile, Spotify catches the attention of the Copyright world, yet again
There have been two recent occasions when Spotify has hit the (legal) news - and the music streaming platform been on both sides of a lawsuit concerning copyright.

Firstly, on the plaintiff side Spotify filed their appeal, joining Amazon, Google and Pandora, on the Copyright Board’s decision regarding the rates to be paid to sing writers and music publishers under the mechanical rights regime, by digital platforms. The challenge is at its core upon the decision which increases the per song royalty rate from 10.5% to 15.1%. This increase has been brought in the first place to harmonize, to some extent, the American policy, to the prevailing international normative practice followed by various copyright societies. This move has been subject to fair amount of criticism due to the songwriters claiming inadequate payments for exploitation of their creative endeavor. In an attempt to negate the criticism, Spotify and other digital streaming companies have resorted to being okay with the rate change, however, have claimed procedural misconduct on the part of CRB. The core of the claim is on the ground of lack of stakeholder consultation and cross-evidence provision, and not the rate in principle. Further, the publishers have argued that merely offering family plan discounts or student ones do not support the proposition of low willingness to pay for streaming music. It will be interesting to see how the appeal court approaches this. Read more here.

Now, Secondly, and on the receiving end of a law suit, Spotify, as reported by Variety, has been sued by Eight Mile Style, the publishing company that hollds the rights to Eminem’s earlier works, for copyright infringement. The major claim revolves around the unlicensed exploitation and streaming of 250 of Eminem’s songs. It has alleged Spotify to have paid a mere fraction of the payments properly  due and have remitted such without any license in place. Further Spotify has also been alleged to have mischievously concealed the accreditation of certain well-known songs like “Lose Yourself” claiming inability to trace Copyright holder. Further, an obligation to live up to the responsibilities provided under the Music Modernization Act was emphasized upon, which was not fulfilled by Spotify in the present case. To claim a liability limitation under the Music Modernization act, it is imperative for Spotify to have not known the copyright owner of the composition or the work was unmatched with previous sound recordings, after proper due diligence. This also has been alleged to not have been complied with, in the suit.
3)    US Dept. of Justice release Amicus Brief in favor of Led Zeppelin in infamous Copyright Suit 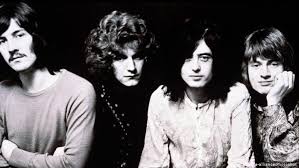 Analyzing the 'thin' copyright provision in the US, the US Deptartment of Justice, giving reasons akin to that of the trial judge, sided with Led Zeppelin in the Stairway to Heaven case. previously covered here and here against Randy California, the now deceased songwriter with the band Spirit. Under old US law (the 1909 Copyright Act), sound recordings weren't conferred protection. Songs were, and pre-1978 unpublished works would be as represented by sheet music.  The song at the centre of the copy claim, Taurus, was written by California in 1968. And so surely all that could be used at the trial to determine infringement (or not) was the sheet music? The trial judge concurred.  On appeal, the 9th Circuit then decided that the sound recording should have been played plus held that the jury was improperly advised about unprotectable music elements and standards of originality. But the new opinion relies on the fact that prior to 1972, it was only sheet music that was covered under copyright and audio recording need not be heard by the jury to find out whether there was an infringement or not. The “thin” copyright protection has been emphasized upon. The DoJ's  amicus brief goes on to claim that the Ninth Circuit was wrong to overturn the finding of the lower court which stated the compared compositions to not be sufficiently similar for copyright infringement. The U.S. government explains that "even if deposit copies do not capture all details of a composition, they generally include the elements of a song, such as the melody and lyrics, that are of most importance to the copyright owner. Failure to incorporate elements such as these in the deposit copy would reflect a failing on the part of the copyright owner or its agent, not an insurmountable obstacle imposed by the statutory scheme." The Amicus Brief argues that the only similarity between the allegedly infringing work and the original is the selection and arrangement of two basic musical elements: an A minor chord and a descending chromatic scale. These have argued to not substantially be the base of the challenge as a small standard selection and arrangement gets a fairly thin copyright protection due to the “creative” standard of Originality being prevalent in the United States. Virtual Identicality needs to be proved, which has not been done in the present case according to the brief. This interpretation as a friend of the court has consciously been taken up the DoJ in order to foster intentional and sound interpretation of copyright laws. It will be interesting to see the force of this brief when ultimately deciding the case, for the second time. The amicus brief can be found here.
4)    Victory for Universal Studios in “Nightcrawler” Copyright Case 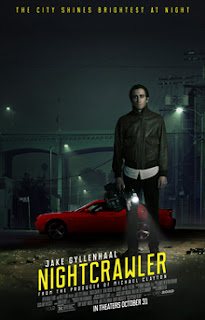 As reported by the Hollywood Reporter, a Utah Federal judge delivered a summary opinion in the 4 yearlong copyright case  dealing with the film Nightcrawler, wherein the accused Oscar winning writer director Dan Gilroy, was alleged to have plagiarised a work by Richard Dutcher called Falling. The judge devised an important precedent recognising certain scenes a faire elements in films and eradicating the same from the scope of the analysis of any copyright infringement. In the opinion, the District Judge held that to establish a copyright claim there are two separate enquiries to be undergoneL The first is whether the defendant factually copied portions of plaintiff’s work, and second being those expressions that have been copied are protectable expressions and important to the copied work, citing Gates Rubber Co. v. Bando Chem. Indus Ltd. It is imperative for protected elements to be copied. The abstraction test requires separation of non-protectable ideas and then warrants a mere comparison of the protectable elements.  Here the court looked at what elements were “standard, stock, or common” to the stringer (newsman) profession and material that necessarily followed from that theme and setting (citing Autoskill 994 F.2d 1494). The court held that Falling is not the first film to portray stringers in action and on a review of previous stringer films, it was found that there were no independent claims in Falling that did not exist state of the art. The court held the similarities between Falling and Nightcrawler were (primarily) due to both focussing on the role of the Stringer. Apart from these generic similarities, the court held the plots to be quite different. The court also held the cliché journalistic phrases found in Falling as non-protectable and were scenes a faire expressions. After deducing these elements, the court used the ordinary observer test to eradicate infringement claims, holding the aesthetic appeal to be different.

This CopyKat from Akshat Agrawal
Ben at 10:02 am