Here's what Lolita has selected for our readers:

The taste of a Dutch cheese protected by copyright?

While it is still not possible to protect what you are making in your kitchen fully and completely, you may know that you can use some different ways to protect your meals. Some are using patents, some authors’ rights for their recipes written in an original way … But it is still not enough: it does not protect entirely the meal, and cooks are often calling thief each person who makes meals that look like theirs.

However, it seems that things may change.

Indeed, a case about cheese slipped through the net. In 2015, a first judgment rejected a new argument: the taste of the cheese “Heks’nkaas”, a Dutch cheese, could be a protected creation under author rights.

However, this is not over: the case will be brought in front of the Court of Justice, with two prejudicial question:

This promises to be really interesting: we can’t wait for the answer of the Court of Justice (for more see here)!


WannaCry due to the loss of your creations?

On 12 May last, a ransomware attack called WannaCry was launched and affected more than 230,000 computers in over 150 countries. Billions of data were lost in this attack, and a lot of video makers and artists complained on Twitter due to the loss of their creations during the encryption of data.

The new regulation on data protection will enter into force on 25 May of 2018: be ready for it!

On 15 June, Eleonora Rosati (from the University of Southampton, and a fellow IPKat you may certainly know if you are coming here!) and Maria Sungio (from Locke Lord LLP) will be the speakers in a seminar (also to be live streamed as a webinar) concerning viewpoints from the UK and US concerning copyright in the digital age. There will be presentations, followed by an extended question and answer session!
Please note that this webinar will be hold from 6 to 8 PM.

On 7 June, Professor Bankolo Sodipo, a preeminent IP Scholar in Nigeria, will hold the lecture “FDI and Nigeria’s IP Landscape” at the Centre for Commercial Law Studies, Lincoln’s Inn Fields campus in London. This lecture will demonstrate “how ingenuity on the part of right holders and their advisers can plug the gaps in law”.
Please note that the lecture will be held from 6 to 8 PM.
It is a rare chance for the IP community to catch up on the IP developments from a very interesting jurisdiction: Nigeria!

On 20 June, a launch event for a new resource aimed at cultural heritage practitioners and researchers working in the digital humanities will be held. It is called The Copyright Cortex. It is a collaboration between Queen’s University Belfast and CREATe at the University of Glasgow. Many speakers will be there, including Lionel Benty (Professor of IP at the University of Cambridge), Jill Cousins (Executive Director at Europeana), Ronan Deazley (Professor of Copyright Queen’s University Belfast), and Ben White (Head of IP at the British Library).
Please note that the event will be hold from 5 to 7 PM.

Don’t miss it! You can register yourself and find more information here.
Posted by Eleonora Rosati at 7:54 am No comments: 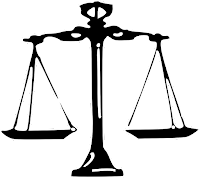 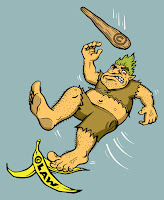