The Court of Justice of the European Union gave its ruling today in Case C‑170/12, Peter Pinckney v KDG Mediatech AG, a reference for a preliminary ruling from the French Cour de Cassation. Since Eleonora has already elaborated on this ruling elsewhere, this blogger will confine himself to reproducing the Curia press release, with a comment or two.


A court within whose jurisdiction a CD offered online is accessible may adjudicate on the infringement of a copyright protected in the Member State within which it is situated [It might seem strange if this were not the case ...]

Its jurisdiction is, however, limited to the damage caused in that Member State [This may be a triumph for territoriality, but it will be rather a disappointment to those who wonde if a plaintiff has to trot off to court in every country in which damage from a single act of offering a CD online may have occurred]

According to the regulation on jurisdiction in civil and commercial matters [Council Regulation (EC) No 44/2001 of 22 December 2000 on jurisdiction and the recognition and enforcement of judgments in civil and commercial matters], the courts with jurisdiction to hear a dispute are, in principle, the courts for the place in which the defendant is domiciled. However, in certain cases, the defendant may exceptionally be sued in another Member State. Thus, in matters relating to tort, delict and quasi-delict, a dispute may be brought, inter alia, before the courts of the place where the alleged harmful event occurred. In a case referred by the Cour de cassation ... (France), the Court of Justice gave a ruling today on whether, in the light of that rule of jurisdiction, the author of a protected work may bring a claim for damages before the courts for the place where he is domiciled for harm resulting from an unauthorised online offer of reproductions of his work. 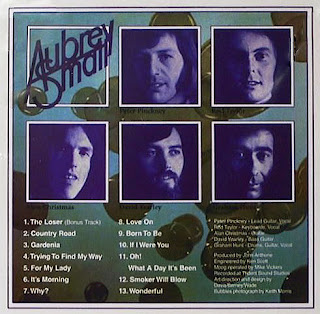 Mr Pinckney, who resides in Toulouse (France), claims to be the author, composer and performer of 12 songs recorded by the group Aubrey Small on a vinyl record. He discovered that his songs had been reproduced without his authority onto a compact disc pressed in Austria by a company established in that Member State and subsequently marketed by United Kingdom companies through various internet sites accessible from Mr Pinckney’s home in Toulouse. Mr Pinckney therefore sued the Austrian company before the Tribunal de grande instance de Toulouse (Regional Court, Toulouse) for damages for the harm suffered as a result of the alleged infringement of his copyright. Since the Austrian company challenged the jurisdiction of the French courts, the dispute was brought, at last instance, before the Cour de cassation (Court of Cassation). The latter asked the Court of Justice to examine whether, in such circumstances, it must be held that the harmful event occurs in the Member State where the author is domiciled so that the courts of that State have jurisdiction.

In its judgment today, the Court notes that, in cases of infringements committed via the internet which may produce their results in various places, the place where the harmful event occurs may vary according to the nature of the right allegedly infringed. Although the harmful event may occur in a specific Member State only if the right allegedly infringed is protected there, the identification of the place where the harmful event occurred depends, in any event, on which court is best placed to determine whether the allegation of infringement is well founded. However, it is not a requirement for the activity giving rise to the harm to be directed to the Member State in which the court seised is situated [trade mark lawyers may wish to make note of this, since it appears to be widely accepted that a website has to be directed towards a country in which infringement is alleged before infringement can be said to have occurred or a reputation to have been created through use].