How will South Korea Implement fair use? 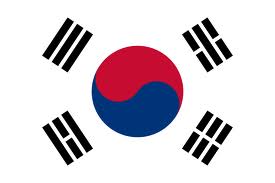 In 2012, the Korean Copyright Act was amended to include the general provision of a fair use. The newly introduced article 35-3 (Fair Use of Copyrighted Material)  states that


“the copyrighted work may be used, among other things, for reporting, criticism, education, and research.”

Article 35-3.2 lists factors to be used to determine if a use is fair (which seem similar to the fair use factors listed in section 107 of the U.S. Copyright Act):

But as a new provision there are, of course, no precedents to guide those wanting to rely on fair use in Korea - as yet - but there have been a number of decisions  concerning Article 28 of Korean Copyright Act (Quotations from Work Made Public) which has been used to recognise exceptions and limitations to Copyright. By way of reference, Article 28 provides:

"It shall be permissible to make quotations from a work already made public; provided that they are within a reasonable limit for news reporting, criticism, education, and research, etc. and compatible with fair practices."

Two leading Korean cases concerning Article 28 could well have an impact on the futire of  fair use. The first concerns a search engine that provided thumbnail images. In that case, The Supreme Court of Korea [Supreme Court of Korea, Decision 2005 Do 7793 (2006)] held that the use of the images were within the meaning of "fair practices" pursuant to Article 28.  The Court found that, to determine whether a particular use is compatible with fair practices, courts should consider various factors including the purpose of the use, the type of the copyrighted work, the content and the amount of the portion used, and whether the copyrighted work could replace the demand of the original work 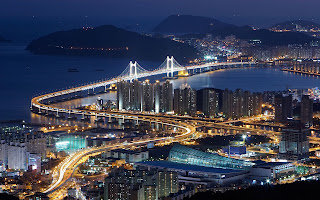 The second case concerns user generated content (“UGC”). Here the plaintiff uploaded a recording of his 5 years old daughter singing and dancing of the popular Korean song ‘Crazy,’ by Son Dam Bi, to his blog.  The internet blog provider, the defendant in the case, blocked the Plaintiff's blog at the request of the Music Copyright Association of Korea, a second defendant.  The court [Seoul Southern District Court, Decision 2009 GaHap 18800 (2010)] held that the plaintiff should be allowed to upload the content pursuant to Article 28, and citing an earlier Supreme Court decision [Supreme Court of Korea, Decision 97 Da 34839 (1998)] the District Court found that the purpose of quotation cannot be limited to news reporting, criticism, education, and research.

The case somewhat reminded me of the 2007  ''Prince v Dancing Baby" case in the USA where Universal Music received much criticism for attempting to sue a mother who uploaded a clip of her baby dancing to Prince's 'Lets Go Crazy' onto YouTube. UMC issued a takedown notice for infringement of their sound recording rights, but in 2010 a District Court granted partial summary judgment to the mother allowing fair use -saying that UMC should have considered this before issuing a takedown notice, and would have to show bad faith to prevail,

The Korean precedents perhaps indicate that the courts in Korea might well be prepared to adopt a flexible approach to the new exceptions to copyright - hopefully moulding the new legislation into a workable framework for the digital age.

http://en.wikipedia.org/wiki/Lenz_v._Universal_Music_Corp.
Posted by Ben at 8:37 am

The full text of the Copyright Act, 1957 as amended up to an including Act No. 11110 of December 2, 2011 (which provides inter alia for fair use) is available on the WIPO website at: