Should Press Publishers be Given an Exclusive Neighbouring Right?

The Proposal for a Directive of the European Parliament and of the Council on copyright in the Digital Single Market was published on 14 September 2016, as part of a wider reform package on the Digital Single Market. Among the most controversial aspects of the proposal can be found in Articles 11 and 12 of the proposed Directive, which relate to the creation of a new right for publishers. As 1709 blog readers probably already know, this proposal has generated a great deal of debate amongst stakeholders, more information on which can be found here, here and here. 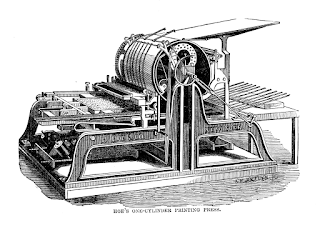 Of considerable significance to the debate is the response given by the Centre for Intellectual Property & Information Law (“CIPIL”), a group of thirty seven academics headed up by Professor Lionel Bently. Also of great importance to the debate is the opinion released by the European Copyright Society, which covers not only the press publishers’ right but also a range of issues emanating from the EU Copyright Reform Package.


Article 11(1) of the proposed Directive states:


Article 12 of the proposed Directive states:


“Member States may [note that his right is optional for Member States to provide] provide that where an author has transferred or licensed a right to a publisher, such a transfer or a licence constitutes a sufficient legal basis for the publisher to claim a share of the compensation for the uses of the work made under an exception or limitation to the transferred or licensed right.”


These rights have been incorporated into the proposed Directive due to the loss of income by the publishing industry. Recitals 31 – 36 provide the contextual basis and supposed justification for Articles 11 and 12, with recital 31 stating that:


“A free and pluralist press is essential to ensure quality journalism and citizens' access to information. It provides a fundamental contribution to public debate and the proper functioning of a democratic society. In the transition from print to digital, publishers of press publications are facing problems in licensing the online use of their publications and recouping their investments. In the absence of recognition of publishers of press publications as rightholders, licensing and enforcement in the digital environment is often complex and inefficient.”


Professor Raquel Xalabarder eloquently argues that the premises on which the proposal is based are false;


1.      The data aggregators are involved in acts of copyright exploitation.


2.      The press publisher right will not affect authors’ rights of works incorporated in press publications.


1. The data aggregators are involved in acts of copyright exploitation.


What do data aggregators such a Facebook and Google do?


Generally, they (i) create links to press publishers’ sites, as well as (ii) temporarily provide small snippets of content.


-          Does creating links to press publishers’ sites infringe the reproduction right or the making available right, and if so, do one of the exceptions apply?


-          Does temporarily providing small snippets of content infringe the reproduction right or the making available right, and if so, do one of the exceptions apply?


o   Prima facie, temporarily providing small snippets would infringe the reproduction right. However, Article 11(3) of the proposed Directive states that Articles 5 to 8 of the InfoSoc Directive apply to the press publishers’ right. These snippets potentially fall under Article 5(1) of the InfoSoc Directive, the exception of temporary acts of reproduction which are transient or incidental. These temporary snippets, are therefore potentially not covered under the new press publishers’ right.


2. The press publishers’ right will not affect authors’ rights of works incorporated in press publications.


Given that press publishers almost always own the copyright in the published content anyway (through employment, assignation, or in jurisdictions where assignation is impossible, exclusive licensing is used), the impact of this new right is unclear.


Additionally, Professor Xalabarder argues that where layering of rights occurs, the division of wealth generated from the content must be divided amongst a greater number of parties, and as a consequence authors generate less income from their work. 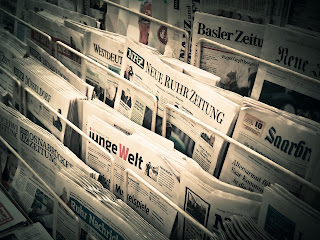 A similar press publishers’ right has previously been introduced in Germany, with unfavourable results. Press publishers in Germany attempted to make Google pay, utilising their new right. Google simply refused to comply. It stated that any press publisher that did not consent to their content being used free of charge would receive reduced exposure on index results. Naturally, faced with reduced web-traffic  which would jeopardise revenue generation, press publishers relented.


In Spain, a press publisher right was introduced which automatically made Google pay, without the press publishers having to pursue payment under an exclusive right. Google’s response was simply to close down Google News in Spain. Further consequences were felt, with online Spanish news sites garnering less traffic after Google News had shut down.


Realising policy objectives is a complex and difficult goal, with almost endless variables to consider, with drafting of new laws posing a particularly challenging task. The debate playing out across the globe presents many challenges, and it will be interesting to review further iterations of this proposed right in the coming months, as well as the response from EU institutions.
Posted by Marie-Andree Weiss at 5:00 pm

"Given that press publishers almost always own the copyright in the published content anyway (through employment, assignation, or in jurisdictions where assignation is impossible, exclusive licensing is used), the impact of this new right is unclear."

But the above is inaccurate - exclusive licensing is not the same as owning copyright, by any means, and in the case of photographs, there are plenty of instances where content is licensed to the (press) publisher.

I'm not totally ok with the above comments. It's a pity that the author didn't mention the Belgian Google case in which the judge considered that Google infringed publishers and authors rights. When authors mandatory assign their rights to their publishers is with no compensation at all. They don't receive their part in the supplementary publishers income.