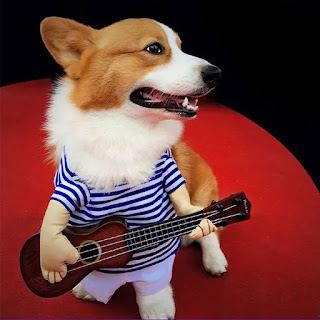 In the wake of the adoption of the Music Modernization Act in the US, is the same outcome possible and desirable also in other jurisdictions? The 1709 Blog is happy to host the following reflections by Akshat Agrawal (Jindal Global Law School) with regard to the Indian context.

In light of the enactment of the Music Modernization Act in the United States a few days ago (11 October 2018), this post focusses upon the intention and the importance of Title 2 of the act and proposes a similar position for the Indian Copyright jurisprudence and policy development.

Performers’ rights were introduced into the Indian Copyright Act under section 38 through an amendment to the act in 1994. These rights have been accorded to performers under the definition provided by Section 2(qq) i.e. a person delivering an acoustic or a visual presentation live. As per the Delhi High Court, ‘live’ under this section needs to be interpreted in a broader sense as to include every performance made in real time, regardless of it being before an audience (concert or a stage performance) or in a studio. This has also been recognised by Explanation 2 of Rule 68 provided in Copyright Rules enacted in 2013. These rights are completely independent of ownership of ‘works’ and are categorised as related rights, protecting the interests of legal entities and persons who contribute to making works available to the public. The creative intervention of such performers is deemed necessary and catalytic to give life to musical, dramatic and choreographic works and to facilitate their communication to the public.

Section 39 A of the Indian Copyright Act, introduced by the 2012 Amendment, provides for the application of Section 18 and 19 to performers as well, along with the authors of works. This incorporates provision of certain amount of royalties to the performers in case of assignment, usage and broadcasting of the qualifying performances for commercial purposes. A retrospective construction of this provision is imperative to include provision of royalties in performances as well as broadcasting acts done prior to the 2012 amendment. The intention is specifically to provide for adequate remuneration to singers who are not accorded authorial rights in musical works due to ownership being vested with the composers or lyricists of a song. The skill which is inputted by singers needs to be recognised in live concerts as well as live studio performances. Anyone using their performances for commercial communication to the public ought to principally owe royalties for all this labour invested. This is applicable to both cover/tribute bands performing songs originally performed by these singers (apart from transformative use or parody), as well as restaurants or bars broadcasting their recorded performances.

Intention of the Legislature

The Statement of Objects and Reasons (page 14)  of the Copyright Amendment Act, 2012 as mentioned in the Amendment Bill 2010, expressly states its purpose to be clarity of interpretation and compliance and conformity with certain international standards set by the World Intellectual Property Organisation in the WIPO Performances and Phonograms Treaty. A beneficial construction of the Amendment Act can sufficiently be implied on the reading of the Statement of Object and Reasons, that is the encouragement and acknowledgment of these performers as well as provision of moral and related rights accrued to them. It has been enacted for the imperative socio-economic welfare of the “performers” class as a whole, to promote creation of output through this much needed acknowledgment of the creative labour put in. It is an established principle of law that the Statement of Objects and Reasons do often furnish valuable material to ascertain the true intent and inducement of the legislature and are effective interpretational tools. Further, India recently acceded to the WIPO WPPT as well, which mandates such an interpretation.

The inhibition against retrospective construction is not a rigid rule and must vary secundum materiam. It is applicable with less insistence in case of welfare legislations or a remedial statute. The objective of any rule is to provide a fair solution. Presumption against a retrospective construction can be overlooked by necessary implication. This necessity is implied when a new law is enacted to cure an acknowledged evil and provide for necessary compensation for mischief to a community or class suffering as a whole. It has been repeatedly held by the Supreme Court of India that an amended provision which is beneficial in nature, providing for benefits to a certain class of people, who accrue certain compensation due to a mischief that has been prevalent, shall be applicable to all such beneficiaries irrespective of the date and hence with a retrospective effect. In such cases, till it is expressly mentioned in the statute that there would be no retrospective construction, it cannot be implied. Hence to provide for such welfare, it is essential to be applied to cases and subject’s pre-amendment as well.

In a situation where it is provided that the intention of the legislature enacting the amendment is compliance with prevalent international standards, and this intent is ascertained by the experience gathered by the parliament after a previous enactment, realising a further need to provide for certain imperative benefits, then an application with retrospective effect is highly recommended. Further, when the amendment provides for an imperative benefit to a whole community, even in absence of an express provision, the competence of the legislature to intend it to be retrospective cannot be questioned.

As far as the 2012 amendment to Section 39 of the Copyright Act is concerned, the intent has already been established to provide for an imperative right of compensation to the performers upon exploitation of their performances because of it being a creative endeavour alongside involvement of specialised skill and labour. Hence certain provisions of the 2012 Copyright Amendment Act providing for imperative benefits for the welfare of the whole performer community and for conformity to the principal policies levied down by the WIPO, should apply retrospectively.

With respect to singers who aren’t given authorial rights in their work, this compensation is an effective tool for acknowledgment and integrity because the expression in the musical work is highly dependent on the creative capability of these singers. It takes an immense amount of labour and investment of time to hone the skills required to sing in musical works, and totally being denied of any royalties on the usage of their performance is highly unfair and disincentivising for singers. A lot of restaurants and music venues gain commercial benefit and have a huge customer base because of the kind of music which is played therein. This results in direct commercial benefit to these venues due to the skill and labour invested by the singers and performers of the musical work used, who are accorded no benefit for the usage and broadcast of their performance (no authorial rights accorded). Hence a beneficial construction of performers rights is a must to uphold the imperative rights of this community. This would necessarily imply a retrospective operation i.e. provision of royalties for the use of performances which took place before the 2012 amendment as well.

The United States has recently enacted the Music Modernization Act, 2018 which, under its Title -2, has mandated the provision of royalties for performances and recordings, which took place before the enactment of the Copyright Act as well. The rationale of retrospective protection on such a provision has been implemented in this jurisdiction by virtue of a legislative enactment. It has appropriately been named “Compensating Legacy Artists for Their Songs, Service, and Important Contributions to Society, or CLASSICS Act.’’ This clearly denotes the intention to expand the scope of benefit which is provided to musicians and performers. The enactment has taken place post many musicians expressing their concern regarding this issue, for instance Johnny Cash.

The High Court of England and Wales has also recognised the need for retrospective construction of performers rights against unauthorised exploitation, to be enjoyed by all performers of the work. This decision has confirmed that performances that took place decades before the introduction of performers rights are also covered under this provision and any unauthorised usage would lead to a compulsory provision of royalties. The equitable need for such an inclusive construction as a matter of principle can also be recognised by the express inclusion of such performances, as qualifying for provision of royalties, in the CDPA (Section 180 (3)). Therefore it is a viable policy consideration to immediately recognise this in India and apply Section 39 provisions to performances before the 2012 Amendment Act as well. Following the footsteps of UK, even Ireland and New Zealand have recognised this position.

The performers rights regime needs a purposive and beneficial construction to realise and implement the intent of the legislature. It is imperative to provide for an adequate remuneration mechanism to these performers as it not only acts as an effective incentivising tool, rather also facilitates acknowledgment of specialised labour and provides for much required integrity. Hence it is argued that Section 39 of the Indian Copyright Act should include performances originating prior to the enactment of the amendment as well.
Posted by Eleonora Rosati at 9:05 am