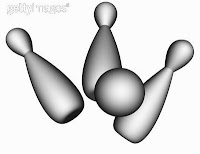 The French Constitutional Council has ruled that the country's controversial Création et Internet law (the loi Hadopi), which would disconnect repeat online copyright infringers, is unconstitutional. The "three strikes" law proposed to establish a High Authority to oversee a graduated response programme: rightsholders would investigate, then submit complaints to the High Authority, which would take action. Warnings would be passed to ISPs, who would forward them to customers; after two such warnings, the subscriber could be disconnected and placed on a nationwide "no Internet" blacklist.