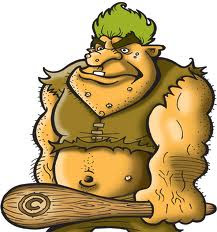 Whilst searching "copyright troll" on Google for my previous post, I came across a wrap up on the Righthaven 1709 Blog we posted in November 2011. As suspected, and with apologies for blogging at such a late stage, it all ended up rather badly for the troll, echoing the 'Media CAT / ACS:Law' case in the United Kingdom.

Righthaven LLC, the law firm headed up by Steve Gibson, which rather publicly failed in its attempt to make money for The Denver Journal, the Las Vegas Review Journal and itself by suing readers for sharing stories online, was finally dealt a death blow mid-March by a federal judge who ordered the Las Vegas company to forfeit “all of” its intellectual property and other “intangible property” to settle its debts. As commentators say, the order is a somewhat ironic twist to a copyright trolling saga that began in 2010, when Righthaven was formed with the idea of suing blogs and websites that re-posted newspaper articles (or snippets of them) without permission. U.S. District Judge Philip M. Pro of Nevada ordered Righthaven to surrender for auction the 278 copyrighted news articles that were the subject of its lawsuits. saying “The copyright registrations to more than 275 works are in Righthaven’s name, can be transferred by this court, and can then be auctioned”. The Righthaven.com domain was auctioned for $3,000 to help satisfy the legal bill Righthaven must pay to one of its defendants that prevailed in a copyright suit brought by Righthaven. The legal costs are more than $60,000 in the case before Judge Pro, and in total Righthaven owes about $188,927 to various defendants.


As of the 3rd May there was seemingly no buyer interest in the copyrights up for auction - and a 50% discount was applied by Lara Pearson, the court appointed attorney handling the sales. The Righthaven trade mark was sold for $1,025 on eBay. There is a minimum bid of $50 for copyrights and you have till Saturday (5pm, PDT) to buy your slice of copyright 'history'.