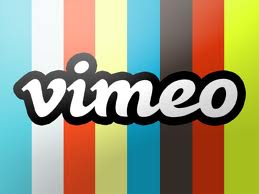 Led by EMI, The US recorded music  industry has filed court papers asking for a summary judgement in their favour regarding a long-running copyright dispute with video website Vimeo. The action, which dates back to 2009, what put on hold pending the outcome of Viacom’s lawsuit against YouTube, which tested the ‘safe harbour’ defence available to websites under the US's Digital Millennium Copyright Act.

Websites like Vimeo and YouTube, which allow users to directly upload content, argue that as they operate takedown systems and remove unlicensed content if made aware of infringement by copyright owners, they have the protection of the 'safe harbour' defence against infringement actions.  As ever, it’s a balancing act, and many content owners argue that safe harbour favours website operators and services such as YouTube, and that many websites don’t do enough – and could do a lot more – to remove infringing material from their sites – or even block it ever being loaded up in the first place – and that a system based on “ takedowns” is not enough in the developing digital age.

At first instance US District Judge Louis L Stanton granted summary judgement to YouTube and held that YouTube would only be obliged to take down clearly defined individual infringing items, rather than undertake any consistent action to remove "clones" of the deleted material as they re-appear.


The Second Circuit Court of Appeals vacated the order granting summary judgement because they held that, a  reasonable jury could find that YouTube did have actual knowledge or awareness of specific infringing activity on its website.  In support of this ruling, the Appeals Court cited various evidence from Viacom that arguably showed that YouTube had reason to know that a fair percentage of the content uploaded on the site contained unauthorized copyright material.  The Court further remanded back to the District Court the task of determining whether any of this evidence may show that YouTube had knowledge of or awareness of infringements which corresponded with the YouTube clips subject to the present action - all of which could be quite the evidential task.  The Court also remanded the question of wilful blindness back to the District Court and indirectly demanded an explicit fact-finding exercise to be undertaken.


Unlike YouTube, Vimeo is primarily a site designed for film makers so they can upload and publicly exhibit their films and has no licensing deals with the major music companies. More recently Vimeo has pointed aspiring film makers towards low cost music licensing operations to source music for their productions, to avoid takedown notices from record labels and music publishers - but this is clearly not sufficient for the record labels. Let battle commence!