At a time when readers are thinking of Christmas, what better time can there be than now to take a look at Soundreef, the rights management company whose logo (right) looks more like a seasonal holly leaf than anything do do with copyright and neighbouring rights issues. Anyway, Soundreef has been engaged in some litigation in Italy that will surely put the nose of SIAE out of joint.  Soundreef's somewhat excited media release, quoted in part here, gives readers a flavour of things to come:

Here’s yet another confirmation of the legitimacy of Soundreef activities: this time it has been the Court of First Instance of Milan to rule in favour of this rising and ambitious British company that administers copyright and neighbouring rights and is a de facto competitor of the Italian Society of Authors and Editors (SIAE).


"At the moment there are no sufficient elements to hold that Soundreef's dissemination of music within the Italian territory is unlawful because of the exclusive granted to the Italian Society for Authors and Editors (SIAE) as per Art. 180 of the Italian Copyright Act, nor does it appear that the music ... managed and disseminated by Soundreef in shopping centres, department stores and similar commercial venues, must be necessarily managed by SIAE. Any such claim would be in conflict with both the principles of the free market within the European Community and the core principles of free competition". [Indeed, in an era in which technology takes the strain and the bureaucratic element of rights management is largely automated, the benefits to rights owners through economy of scale, if they exist at all, must be vanishingly small].

The above is one of the key passages of the decision by which the Court of First Instance of Milan dismissed the arguments advanced by a songwriter and in-store radio service, Ros & Ros, in the context of proceedings aimed at prohibiting Soundreef from continuing its activities, on grounds that – according to the claimants – this would have been tantamount to a violation of the exclusive granted to SIAE, and an act of unfair competition.

In both phases of the interim proceedings, the Court of Milan dismissed all claims against Soundreef.


"The decision holds that Soundreef’s conduct is completely legitimate, since Art. 180 of the Italian Copyright Act cannot be interpreted in contrast with Art. 56 TFUE, that guarantees the free movement of services.” 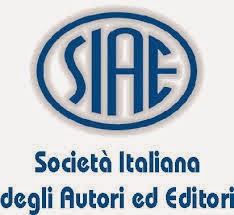 By means of an interim order, the Court held that Soundreef could not be considered liable of any “unfair conduct” that, “because of the particular modes of implementation, violation of the law or national rules”, could be considered such as to cause an unfair damage to any third parties. The judging panel also added that, since Soundreef is a British collecting society, “it cannot be held that European collecting societies may only operate in Italy by means of reciprocity agreements with the local collecting societies. This is a possibility that is open to the parties to consider, not an obligation.”
...

Besides granting music licenses, Soundreef collects and distributes royalties to authors, composers, editors and labels, and by doing so it has provided an alternative to SIAE in Italy. ..."

This blogger thinks that this result is irresistibly correct and hopes that SIAE will redirect its efforts away from trying to stop Soundreef and towards seeking to make its own offering more appealing to those who depend for their income and well-being on the speed and efficiency with which licence revenue is collected and distributed.
Posted by Jeremy at 5:58 pm