The U.S. Department of Commerce’s Internet Policy Task Force  (the Task Force), which is led by both the U.S. Patent and Trademark Office (USPTO) and the National Telecommunications and Information Administration (NTIA), published on January 28 a  White Paper on Remixes, First Sale, and Statutory Damages which addresses three issues:

1)      the legal framework for the creation of remixes;
2)       the relevance and scope of the first sale doctrine in the digital environment; and
3)      the application of statutory damages in the context of individual file-sharers and secondary liability for large-scale online infringement.

The Task Force had published a Green Paper, “Copyright Policy, Creativity, and Innovation in the Digital Economy” on July 31, 2013, which had identified these three issues warranting further review by the Task Force.

The Task Force then published a Notice in the Federal Register seeking comment on these issues. It conducted a public meeting in December 2013 and also held roundtables around the U.S., before reviewing comments from stakeholders as diverse as rights holder organizations, Internet-based companies, public interest groups, libraries, academics, and individual authors and artists.

Remixes use existing works, some of them still protected by copyright, to create new works, which may be compilations or derivative works under the Copyright Act, or collective works.  As noted by the Task Force, user generated content (“UGC”) “has become a hallmark of the Internet” (p.6).

Some of the remixes, such as fan fiction and fan videos, are created by non-professionals, while others, such as music mashups, are created by professionals and may even be sold. Several stakeholders noted that “the lines between amateur and professional, and between noncommercial and commercial, are often blurred” (p. 7). Others noted that “noncommercial activities can cause harm to the market for the original work or for licensed derivative works” (p.8).

Some remixes are fair use, some are not, and determining what is fair use or not is not easily determinable, even by attorneys or by courts, as noted by some stakeholders (p.10). The Copyright Office maintains an online fair use index to help determine whether a particular use may be fair or not, but this tool alone does not provide an absolute determination of whether a particular use is fair or not.

The Task Force did not believe that a compulsory license, such as the one provided by section 115 of the Copyright Act for phono records, would be advisable. At the time this compulsory license was enacted, one company had the monopoly on the piano roll market, and the Task Force has not seen evidence that a similar monopoly exists today for remixes or their licensing. 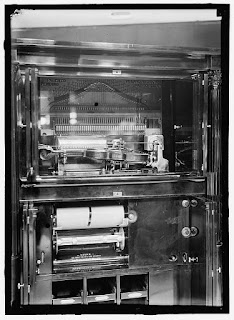 Also, such compulsory licenses would allow the creation of derivative works, whereas statutory licenses now only permit reproducing, distributing, and public performance of the licensed work, without alteration (p. 26). While the Task Force acknowledged that remixes are “valuable contributions to society… the record has not established a need to amend existing law to create a specific exception or a compulsory license for remix uses” (p. 4).

Instead, the Task Force recommends three goals to be pursued so that remixers would understand when a use is fair or not, and to understand how to obtain licenses.
These three goals are:

1.       developing negotiated guidelines which would provide greater clarity as to the application of fair use to remixes;
2.       expanding the availability of a wider variety of voluntary licensing options; and
3.       increasing educational efforts aimed at broadening an understanding of fair use.

The guidelines could be developed independently or with the collaboration of the government (p. 28) and should be written in language easily understandable by the general public (p.29). The White Paper notes that such guidelines already exist, such as the Principles for User Generated Content Services which aims at “foster[ing] an online environment that promotes the promises and benefits of UGC Services and protects the rights of Copyright Owners.”

As licensing would remain voluntary, authors and rights holders would have the option to refuse granting a license, “especially when the prospective licensee is seeking permission for a use that the author or rights holder considers offensive” (p. 30).

A stakeholder gave the example of the Beatles Hey Jude song used to create an Anti-Semitic work (see note 44 of the White Paper). But such hateful use would probably be fair use, and protected by the First Amendment. Only granting authors a moral right would allow them to bar every use they find offensive. By the way, what is “offensive”?  The Beatles example would be considered offensive by many, if not all, but what about use of a protected work to comment on issues where opinions diverge more, such as political opinions?

The Task Force noted that works distributed online are often licensed, not sold, and “this could make the resale market obsolete” (p. 35). Some stakeholders noted that the contractual terms of such licenses are often “opaque” (p.39).

Libraries expressed concerns that their use of digital works may be limited, including eBook library loans (p. 47). Indeed, libraries may only lend books thanks to the first sale doctrine, but the Task Force believes that “early government intervention into the eBook market could skew the development of innovative and mutually beneficial arrangements” between eBook publishers and libraries. However, this may change if libraries are not able to “appropriately serve their patrons due to overly restrictive terms imposed by publishers” (p.4).

The Task Force noted that digital works are offered at lower prices than the hard copies of the works and thus deliver the benefit offered by the first sale doctrine to consumers who may purchase used books and used copies of protected works at a lower price (p.58).

While consumers are not allowed to resell their digital copies, “[i]t is difficult… to determined the value of this lost benefit” as the Task Force does not have “sufficient data to conduct an authoritative  cost-benefit analysis of the trade-offs between the consumer benefits from the first sale doctrine and from licensed online services”(p. 59).

So U.S. law is not (yet) ready to authorize the resale of digital goods.

Statutory damages have been applied against individuals sharing files online and against online services found to be secondarily liable for such infringements. Remix artists often refrain from using a protected work, even they believe their use is fair, as fair use can not be accurately predicted and “the threat of high statutory damages can stifle lawful activity” (p.33). Some stakeholders also argued that statutory damages have a chilling effect on innovation and investment (p.80), an assessment disputed by some right holder groups (p. 81).

Statutory damages have also allowed the development of a noxious “business model” of massive copyright infringement suits (aka copyright trolls), which abuse the litigation process by filing hundreds of boilerplate copyright infringement suits, using the subpoena power of the courts to find the identity of Internet users. These suits are, however, rarely litigated, but instead are settled after intimidating correspondence (p. 74). 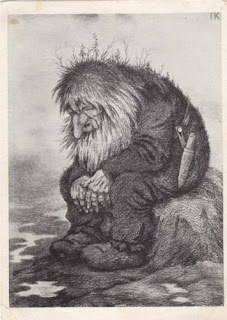 The Task Force recommends three amendments to the Copyright Act so that the needs of copyright owners, users, and intermediaries may be better balanced:

First, the Task Force recommended that Congress add a new paragraph in Section 504 of the Copyright Act to provide a list of factors for courts and juries to consider when determining the amount of a statutory damages award. It proposed the insertion of this new clause in subsection Section 504(c): (p.87)

FACTORS TO CONSIDER -- In making any award under this subsection, a court shall consider the following nonexclusive factors in determining the appropriate amount of the award:

The Task Force explained that these factors “should be weighted holistically” (p. 88).

The Task Force is also in favor of establishing a small claims tribunal, as it believes this “could help diminish the risk of disproportionate levels of damages against individual file-sharers” (p.5). This has been proposed by the Copyright Office itself.

The tribunal would be centralized, in a single location, and would provide for a cap on awards of both statutory and actual damages. There would be limited discovery and counterclaims, and all relevant defenses could be asserted, including fair use. Also, it would not be mandatory to be represented by an attorney, and the tribunal could award costs and fees against frivolous litigants (p. 99). This is a very interesting proposal and I hope it will be implemented soon.
Posted by Marie-Andree Weiss at 2:10 pm