The CopyKat: A possible point for legal divergence of the UK and EU in light of Brexit? (and much more)

Much is spoken of the music ‘value gap’.


YouTube is one of these hosting providers, benefiting from the limitation of liability. It is legally obliged to take down infringing content upon notification from the rights holder.


Meantime, let’s take a look at the music played on YouTube. In 2015, it was estimated that YouTube is responsible for 40% of consumption yet constitutes only 4% of the revenue. Some within the music industry feel that this glaring discrepancy in the numbers is thanks to YouTube’s limited liability. YouTube benefits from a position of strength compared to other streaming firms because in YouTube’s case, the music is already posted online. Spotify et al. must licence and then play.


What does this have to do with Brexit?


Draft Article 13 of the draft Directive on copyright in the digital single market (and Recital 39) is aimed at addressing this value gap by requiring hosting providers to “take appropriate and proportionate measures to ensure the functioning of agreements concluded with rightholders and to prevent the availability on their services of works or other subject-matter not covered by such agreements, including through the use of effective content identification technologies". This basically means that providers – such as YouTube – need to get licenced and implement filtering technologies.

This move has been praised by a group of prominent US musicians, who have lobbied the US government to take similar steps.


It seems positive that the EU is trailblazing in this light.


As pointed out on the IPKat here, Article 13 cannot be implemented without also reforming Article 3 of the InfoSoc Directive and Articles 14 and 15 of the Ecommerce Directive. No one is quite sure yet how this issue will be resolved.


Brexit potentially comes in to play here. No one knows what will happen eventually, but there is always the possibility that the UK government might happen upon this issue and decide to tackle it – it has already been raised by one minister in relation to the Digital Economy Bill 2016-17.


If the UK government presses this issue (with a growing music industry there is no reason why it shouldn’t), the results could be very interesting indeed.


The ten year old saga (the baby in the video above should almost be a teenager by now) is rolling on, with the Supreme Court signalling its potential willingness to take the case further. The court has asked the US Solicitor General for his opinion on the matter, suggesting it might proceed with the case. 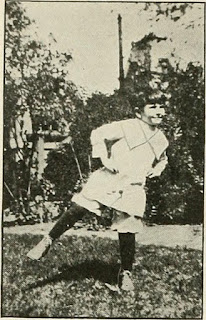 The district court opinion can be found here, the appeal at the 9th Circuit can be found here and this issue. The case has also been commented on this blog previously here, and over at the IPKat here and here.


The case centres around whether rightsholders should consider whether a fair use defence applies to content posted online before take-down notices are issued.


Cases where the Solicitor General is asked to offer an opinion are accepted for review more often by the Court. This writer hopes that the justices will look at this case, as it could have a massive impact on how we conduct our lives online.


The death knell rang this month for a decade long litigation saga in relation to merchandise relating to The Wizard of Oz, Gone with the Wind and the cat and mouse duo, Tom and Jerry. The 8th Circuit Court of Appeals again reviewed the dispute, affirming both the $2.57 million judgment and permanent injunction in favour of studio giant Warner Bros.


As background, the defendants (X One X Productions, A.V.E.L.A., Inc., Art-Nostalgia.com, Inc., and Leo Valencia, collectively known as “AVELA”) obtained restored versions of advertising posters and lobby cards for Gone with the Wind, The Wizard of Oz and Tom and Jerry. Images of the famous characters from these films included Dorothy, Scarecrow, Tin Man and the Cowardly Lion from the Wizard of Oz, Scarlett O’Hara and Rhett Butler from Gone with the Wind and the cat and mouse duo Tom and Jerry.


AVELA extracted images from the restored advertising posters and lobby cards and licenced the images they extracted for use on a range of consumer products, including t-shirts, action figures, lunch boxes and playing cards.


The litigation saga began in 2006 when Warner promptly filed suit against the defendant, arguing copyright and trade mark infringement claims under the Copyright Act, Lanham Act and Missouri state law.


An interesting point is that the images on the advertising posters and lobby cards were generated before the films were completed and copyrighted. They were not duly registered in compliance with the copyright notice requirements of the 1909 Copyright Act, 17 U.S.C. §§1 et seq.. The Tom and Jerry images were also never registered, therefore not meeting the legislative requirements of that time period to give copyright notice.  (N.B. some of the images in question had been registered, however protection had not been timeously renewed). This fascinating issue – which was dealt with previously in this long-running saga – on drawing the boundaries between copyrighted works and the public domain in this case can be explored more fully here, here and here.


In the judgement handed down earlier this month, a range of issues were dealt with, including the award of statutory damages (with the appeallate judge finding the $2.57 million against AVELA isn’t disproportionate to the offense)


Importantly, AVELA’s attempt to invoke Dastar failed. Dastar is a Supreme Court judgement handed down in 2003 that holds that trade marks cannot act as a surrogate form of protection of works once copyright has expired.


A telling excerpt from page 10 of the judgement comments on how Dastar does not apply:


“Warner’s asserted trademarks in the characters from the films and cartoons do not run afoul of Dastar. The district court found and AVELA did not dispute that Warner holds registered trademarks in iconic phrases and names from the films and has used the character images for trademark purposes on a host of consumer goods for many years. Images of the film actors in character and signature phrases from the films are not communications, concepts, or ideas that the consumer goods embody as Dastar defines these terms. Products marketed under AVELA’s licenses employ iconic film characters’ pictures to associate the products with Warner’s films, not to copy the film itself. Accordingly, these are trademark claims, not disguised copyright claims, and Dastar does not bar them.”


This remark was expounded at the Supreme Court earlier this month during a hearing in relation to Star Athletica L.L.C v Varsity Brands, Inc., et al.. The District Court stage can be read here, and the Circuit Appeals stage can be read here. This case has been and will be watched by many across the fashion industry. 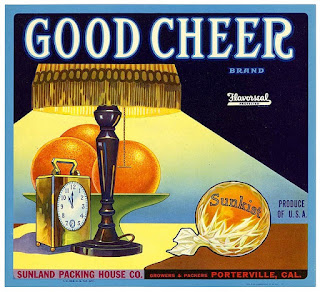 The issue at stake in this case is whether designs on cheerleaders’ uniforms can be subject to copyright protection. All parties agree that two-dimensional designs may be copyrighted but the cut and shape of three-dimensional garments may not.


Designs that are utilitarian in nature do not attract copyright protection. Star, the smaller rival of Varsity and the defendant in the original proceedings, contends that the types of designs found on cheerleading outfits – stripes and chevrons etc. – are utilitarian in that they are essential to the function of a cheerleading outfit. This utilitarian function apparently – according to Star – is to “cause the cheerleader to be perceived as slimmer and more curvy than they actually are.”


The sportswear Colossus, Varsity, argued that many, many design variants are available in relation to cheerleading uniforms, yet this clothing still clearly remains for the purposes of cheerleading. In fact, “You can have a white cheerleading uniform worn by a cheerleader with the team name and team logo on it,”


A ruling in this case is expected by June 2017. It will surely be a landmark case for the fashion industry.
Posted by Marie-Andree Weiss at 4:56 pm

How does YouTube's Content ID functionality play into your 40% consumption/ 4% revenues calculation?

At least in theory it looks like right holders have scope to block or mute content that they do not want to be made available on Youtube.

Important point to flag on the value gap issue: you say "This basically means that providers – such as YouTube – need to get licenced and implement filtering technologies."

The current draft says that platforms have to enter into licensing negotiations OR have appropriate content identification measures in place. That was an important change from a leaked version of the draft directive which said AND.