This CopyKat from David Laio

VG Media, an association of publishers including Handelsblatt and Axel Springer, has brought a claim against Google in relation to the German 2013 Ancillary Copyright Law. This law was designed to compel Google to pay for publishing summaries of news content in web searches, which Google argues is only for indexing purposes. In addition Google claims its search service helps publishers reach a wider audience.

This is the fifth claim VG Media has made against Google, with three of those claims having been decided in Google’s favour (with the rest still pending). In 2014 Google had previously removed snippets in relation to one such claim made by VG Media, but the consortium responded by characterising this behaviour as an abuse of Google’s dominant position. Some have suggested VG media had hoped to compel Google into licensing agreements, see here.

The Berlin District Court has recently asked the European Court of Justice for clarity on a technical point, whether the law had been properly submitted to European Commission authorities under a process of review called “notification”. This could be a potential stumbling block for the lawsuit – the ruling is currently expected on the 9th of May this year so stay tuned.

Paul McCartney will be able to reclaim the rights to music which Sony/ATV currently hold as of October 2018 under US Copyright Act (the right discussed here in relation to Duran Duran, which also involved Sony/ATV). McCartney has previously asked Sony/ATV to acknowledge his rights to terminate copyright transfers of his music but did not receive this confirmation. As such, McCartney is seeking a judicial declaration allowing him to reclaim his copyright. No doubt this will be influenced by the Duran Duran case, which was granted leave to appeal by Mr Justice Arnold earlier this month. 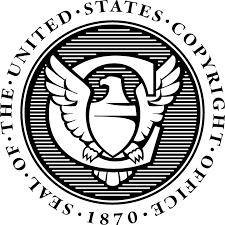 Canada: The Canadian government plan to review copyright laws next year and commissioned a study on views of Canadian businesses (reported here). In particular the study found that follow-the-money strategies (which focus on methods such as reducing online advertising revenues and disabling payment to intermediaries) have a mixed record of success, especially with the continuing popularity of online advertisers who prioritise reaching large audiences over enforcing copyright. It is also interesting to note rights holders tended not to give fighting online piracy a high priority, as many believe that “their scarce resources are better invested in other battles and counted on global organizations to pursue the fight.” 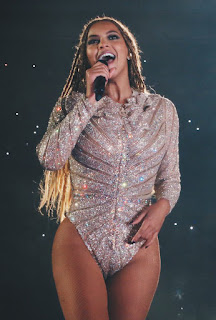 US: In a recent speech, House Judiciary Committee Chairman Bob Goodlatte said that several copyright policy proposals would be voted on during the current legislature. Goodlatte said one of the first proposals will focus on the US Copyright Office to ensure that it "keeps pace in the digital age", including granting the Office autonomy and the creation of a searchable database of all copyright works – a monumental task indeed. Industry observers also suggested that music licensing and a small claims tribunal would be possible other proposals. See here for more details.

The estate of the late Anthony Barré (known as Messy Mya) is suing Beyoncé for the use Barré’s voice in the song “Formation”. Sample audio clips were allegedly taken from a hit YouTube videos including one named ““Booking the Hoes From New Wildin”. The claim is for more than $20 million in back royalties and other damages, as well as credit for being a writer, composer, producer, and performer. Listen to the clips here.