Manolito is not the next Spanish summer hit

The 1709 Blog thanks guest blogger Valentina Torelli for the following analysis of a case that has begun to attract a good deal of attention in recent days. The decision in question comes from the Court of Appeal, Madrid, and deals with file-sharing. This is what Valentina says:


A few days ago, following the results of the Observatory of Privacy and Digital Content Consumer Habits for 2013 report, Eleonora wondered about the situation of piracy in Spain, in particular the data suggesting that 84% of content consumed in Spain is said to be from unlicensed sources and that more than half of internet users appear to embrace commonly illegal downloads.

This report was presented by a coalition of companies from the cultural sector on April 9 last and it immediately provoked a reaction of the Spanish Ministry of Culture, which published on its website a communication rejecting the Observatory's conclusions and detailing encouraging figures in the fight against piracy: 349 out of 406 complaints were resolved, with 162 websites suffering removal of unlawful content and 23 being completely closed down.

On the same day, the Court of Appeal of Madrid published its judgment in the controversial Pablo Soto case (here). In Spain, music is one of the creative industries that has been most affected by piracy, suffering not only from illegal downloads but also from the unfair competition of P2P platforms, which are not generally liable for the unlawful activities of their users. 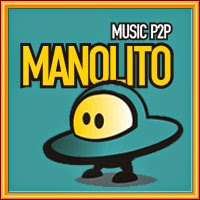 The plaintiffs sought removal of Blubster, Piolet and Manolito both in their free-of-charge and pay-for versions. These sites consisted of an advanced development of the P2P protocol, whereby the search and the sharing of contents are decentralized, meaning that they can be run on the internet within the users' computers, once those applications are downloaded or bought from the defendants' webpages, without any direct involvement of the latter. The problem is that those programs did not provide any specific filter that would allow to distinguish between authorised and unlawful contents to be reproduced and shared between the internet users. Consequently , the plaintiffs also requested that www.blubster.com, www.piolet.com, www.manolito.com and www.mp2p.net be shut down.

The case, which dealt with copyright infringement and unfair competition claims alike, was dismissed both at first instance and on appeal.

In its judgment of 31 March last, the Court of Appeal provided a helpful description as to current state of art regarding copyright enforcement in Spain, pending the entry into force of the recent changes to the Spanish Copyright Act and in particular the introduction – as per Article 138.2 of the draft reform – of contributory and vicarious liability for digital copyright infringement.

Given the decentralised nature of the P2P applications under examination, the court stated that:


1. As to the direct liability for copyright infringement of the defendants:

The online reproduction and the sharing of copyright-protected content is lawful in so far as no copyright-protected material is involved or where the internet users can rely on the authorisation of the right holders. Moreover, the P2P applications should be considered in the light of the principle of the neutrality of technology. Accordingly the applications' creators and/or distributors cannot be considered liable for the unlawful use made out of them.

In the present case, the defendants cannot be defined as ISPs. Thus the related liabilities, provided by the Information Society Services Law (Ley 34/2002 LSSI) implementing the e-Commerce Directive, cannot be applied. The defendants only created and commercialised P2P applications on the internet, without carrying out any acts of mere conduit, caching, hosting and linking. The court added that it was not possible to ascribe direct liability for acts of copyright infringement to them: the defendants neither reproduced nor made available the music files to the public, nor did they harm the TPMs applied to the music files.

2. As to an indirect liability of the defendants for copyright infringement:

Indirect liability for copyright infringement, in the forms of vicarious and the contributory liability, is a controversial matter in Spain. At the moment the judges have no legal grounds upon which they can ascribe liability for indirect infringements.

The court held that, according to indirect liability doctrine, while a third party has infringed a right (i.e. an IP right) the defendant [the indirect infringer] must not only be aware of such illegal activity of but must also have substantially participated in the infringement, by inducing, causing or materially contributing to the infringement (i.e. contributory liability), or by exerting the right/authority of control over the infringer to get a direct financial benefit from the infringement (i.e. vicarious liability). In the Spanish system, unlike in the US legal framework, no typified conduct of indirect liability currently exists.

The Court of Appeal observed that US case-law that construed indirect liability in the Betamax, Napster and Grokster cases could be applied in this domestic dispute. In particular, the provisions in Spanish copyright law outlining the regulation of the TPMs and the DRMs could not be such as to allow applicability of indirect liability doctrine to copyright infringement cases.

3. As to the defendants' liability for unfair competition:

The offer of a P2P application does not imply the misappropriation or taking unfair advantage of the right holders' content where no plan to sink and to unbalance the right holders was conceived.

According to the court, in the case under exam no unfair competition acts of imitation could be ascribed to the defendants, since they solely developed an advanced P2P software in the full exercise of their entrepreneurial and commercially strategic powers. Not even the general clause of goodwill could serve as a legal ground in this dispute: the applications were created for the sharing of all types of audio files, without any control over the unlawful traffic of copyright materials on part of the internet users, given the decentralised nature of the P2P platforms allowing the users to share music files without intermediaries. The defendants did not play any role in deactivating the DRMs applied by the music producers to the music files, thus avoiding any copyright infringement. During the trial it was largely proved that not only were the contested P2P applications completely in compliance with the music files' DRMs but also that on the defendants' websites a copyright notice to prevent IP rights' infringement was placed in a prominent position.

It is apparent that the Spanish piracy situation is causing much concern to the cultural industries inside and outside this country. It is arguable that this critical condition cannot solely be linked to legal technicalities. Spanish judicatures have often claimed that the legal tools in their power are insufficient to fight against the piracy phenomenon, even after the introduction of a judicial-administrative proceeding by means of the Sinde-Wert Law (Ley Sinde) which was passed in 2011 and established an ad hoc antipiracy section within the Intellectual Property Commission. At the time of its adoption, the idea was that this new procedure would have speeded up copyright enforcement, although its targets are only the ISPs. It is also arguable that the provision of accessible legal offers is still insufficient. It is however hoped that the draft Reform Act of the Intellectual Property Law, approved on 14 February last, together with the introduction of new business models applicable to the cultural industry will definitely contribute to finding a new direction for the protection of cultural content.