The French civil Supreme Court held on October 10, 2018 that the right to first publish a work belongs only to the author or his heirs, and that, therefore, a painting given in 1970 to famous musician Eric Clapton, and subsequently used on the cover of one of his most famous albums had not been published by the author.


During the Summer of 1970, Eric Clapton and his then music group 'Derek and the Dominos' stayed in Valbonne, in the South of France, at the home of Emile de La Tour Saint Ygest, who was living alone at the time in the house of his illegitimate father, French-Danish painter Émile Théodore Frandsen.


During this stay. Emile de La Tour Saint Ygest gave La Jeune Fille au Bouquet to Eric Clapton, who used it on the cover of his Layla and Other Assorted Love Songs album, published by Polydor. 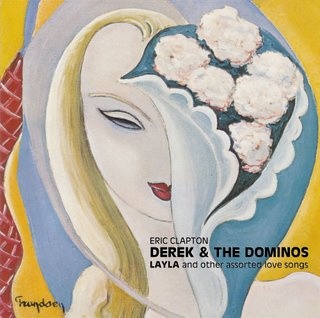 The painting was thus featured for more than 40 years without any issues. In November 2009 Polydor published a collector’s box featuring the original cover of Layla to celebrate the 40th anniversary of the album.


The box featured a ‘Pop-up 3D Artwork,' a 3-D representation of La Jeune Fille au Bouquet as a folding cardboard. The box also featured an 'art guitar scratch-plate sticker,' a sticker reproducing the painting which could be put on a guitar, and also the reproduction of the cover on cardboard in the shape and format of a LP.


Monique Frandsen de Schomberg, a legitimate daughter of the painter, filed a copyright infringement suit in 2013 in Paris, claiming that the use of the painting on the cover of the album and on the box infringed her father’s patrimonial and moral rights.


This original complaint did not prosper as the court ruled it to be invalid because the authorization of all of Mr. Frandsen’s heirs had not been secured. Monique Frandsen de Schomberg then filed another complaint, claiming only violation of moral rights.


The court of first instance, the Tribunal de Grande Instance de Paris, ruled in her favor in January 2016. Defendants Eric Clapton and Polydor appealed. The Paris Court of Appeals confirmed the judgment in March 2017.


Two moral rights: the right of integrity and the right to first publish


Article L 121-1 of the French Intellectual Property Code provides a perpetual and inalienable moral right to the author of the work:


“An author shall enjoy the right to respect for his name, his authorship and his work. This right shall attach to his person. It shall be perpetual, inalienable and imprescriptible. It may be transmitted mortis causa to the heirs of the author. Exercise may be conferred on another person under the provisions of a will.” (A complete, but not updated translation of the French Intellectual Property Code is available on this page).


Monique Frandsen de Schomberg argued on appeal and at the Cour de cassation that defendants had violated the right of the author to first publish the work (droit de divulgation) and also that they had denatured the work.


The Court of appeals had not found that the use of the painting on the original album cover was a violation of moral rights, because the painting had not been truncated or otherwise altered, and the signature of the painter was clearly featured.


The Cour de cassation confirmed this reasoning, as the work had been used to illustrate the cover of the album, but not as advertising.


The Court of appeals had found however that the use of the painting on the cover in the collector’s box violated the moral right of the author as it distorted the work (dénaturer l’oeuvre.)


It is worth noting that the Court of appeals took the view that its jurisdiction in this case did not extend beyond the French borders, as none of the Defendants were established in France. Therefore, it could only award damages as they had occurred in France. Polydor had sold, from 2009 to 2005, 7,407 Layla albums and collector boxes  The Court of Appeals approved the Court of first instance for having granted 15,000 euros to the plaintiff in damages.


The Paris Court of Appeals had also ruled that, because the right to first publish the work is exhausted when first exercised, and it had been, in this case, when given to Eric Clapton in 1970.


The Cour de cassation disagreed on this point, and sent the case back to the Versailles court of appeals on remand.


France’s highest Court cited article L11-3 of the French Intellectual Property Code, stating that owning a protected work does not grant the intellectual property rights assigned to its author, and article L121-2 of the same Code, which gives to the author the exclusive right to publish her work.


For the Cour de cassation, giving the “material support of the work” (support matériel de l'œuvre) to a third party is not enough to establish that the author or his heir has exercised the exclusive right to publish the work. The Court concluded that therefore the Court of appeals had erred when ruling that the right to first publish the work had been exhausted in 1970.


Monique Frandsen de Schomberg had argued in front of the Cour de cassation that Emile de La Tour Saint Ygest had not been recognized by Emile Frandsen, that he was not his heir, as the estate had been devolved exclusively to her brother and herself, and that therefore handing over the painting to Eric Clapton was not publishing the work.


The Versailles Court of appeals will now have to decide whether this right has indeed been exercised by the author or his heirs. It is likely to spur a legal fight over whether plaintiff truly has the right to defend Frandsen‘s moral rights.
Posted by Marie-Andree Weiss at 7:49 pm