Photographer Rogelio Albert Pena was at the right place at the right time on May 16, 2016, when baseball player Rougned Odor, playing for the Texas Rangers team, punched Jose Batista, of the Toronto Blue Jays, during a game. Mr. Pena was able to capture the moment when Jose Batista was hit in the face so roughly by Rougned Odor that he lost his sunglasses and his batting helmet. Baseball is a non-contact sport, but the benches occasionally clear for an on-field brawl. 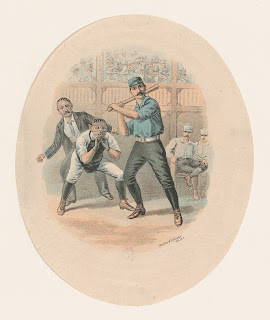 Plaintiff discovered that Defendant, a Dallas celebrity sports and gift store, is selling framed copies of the photograph, with a “Rougned Odor: Don’t Mess With Texas II” caption below the picture. These framed photos do not identify Plaintiff as the author of the work. Plaintiff has not licensed his work to Defendant and had not authorized such a derivative work to be produced and sold.


On March 13, 2013, Mr. Pena filed a copyright infringement suit in the Southern District of New York against Celebrities Unlimited, claiming that it is selling copies of the photograph without authorization, and without displaying the name of the author. The case number is 17-cv-1853.


Plaintiff is claiming that by producing, publicly displaying, and selling these framed photos, Defendant infringes on his copyright and is seeking up to $150,000 per work in statutory damages. Plaintiff further alleges that, by removing and altering the copyright management information which identified Plaintiff as the author of the photograph, Defendant violated Section 1202(b) of the Copyright Act, 17 U.S.C. § 1202, which prohibits to “intentionally remove or alter any copyright management information.” Plaintiff published the photograph online, and was credited as its author.


What could Defendant argue in defense? The defense of fair use is likely to fail, unless Defendant can prove that the work is not protected by copyright. The use of the photograph is commercial (fourth factor) and Defendant used the entire work protected by copyright (third factor). The nature of the original work, the second factor, is debatable: is the work a photograph which Plaintiff snapped just at the right time, or is it an original composition?


Is this photograph “the product of plaintiff's intellectual invention, of which plaintiff is the author,” as is the photograph of Oscar Wilde that, in 1884, the Supreme Court found worthy of copyright protection in Burrow-Giles Lithographic Co. v. Sarony? In this case, the Supreme Court detailed the choices made by the photographer, such as “selecting and arranging the costume, draperies, and other various accessories in said photograph, arranging the subject so as to present graceful outlines, arranging and disposing the light and shade, suggesting and evoking the desired expression, and from such disposition, arrangement, or representation, made entirely by plaintiff, he produced the picture in suit." Plaintiff in our case did not select the player’s uniform, their stance, their expression, or the other accessories.


The photography at stake here is registered with the Copyright Office, and this registration is prima facie evidence that it is protected by copyright, However, 17 U.S.C. § 410 (c) states that, “[t]he evidentiary weight to be accorded the certificate of a registration made thereafter shall be within the discretion of the court.” In others words, the court may decide that a work registered with the Copyright Office for less than five years is indeed protected by copyright. Defendant may thus use as a defense a claim that the work is not protected by copyright. Plaintiff would then have to prove that the work is indeed the product of his intellectual invention… Did he alter it after taking it? Did he emphasizes the colors or the shadows of the works, crop it to emphasize the dramatic moment?


If the court would find that the work is not protected by copyright, it would grant Defendant’s motion to dismiss (yet to be filed). Game over. If it would find the work to be indeed protected by copyright, then Defendant’s last chance would be to prove that its use of the photograph was so transformative that it is fair use, under Section 107’s first factor. As explained by the Supreme Court in Campbell v. Acuff-Rose Music, Inc., a work is transformative if it alters the original work by adding "new expression, meaning, or message.” A satire or a parody is transformative: is the comment added under the picture enough to make it a satire, of say, Texas?


Defendant, though, has a few innings ahead. He should not hire a rookie lawyer if he does not want to strike out.
Posted by Marie-Andree Weiss at 12:26 pm

"Plaintiff in our case did not select the player’s uniform, their stance, their expression, or the other accessories." I think the interesting point here is that the stance, expression etc. were actually chosen by the defendant.

Perhaps Mr Odor could argue that the work was collaborative?