Extradition to US for alleged torrenter Artem Vaulin

Artem Vaulin – the alleged owner of the torrenting site KickAss Torrents (“KAT”) and Ukranian national – is facing extradition to the United States. In July 2016 he was arrested in Poland and charged by criminal complaint, filed in U.S. District Court in Chicago, with one count of conspiracy to commit criminal copyright infringement, one count of conspiracy to commit money laundering and two counts of criminal copyright infringement. Vaulin has been held in custody since his arrest, having been denied bail.

The US is alleging that Vaulin, who is 30 years old, is responsible for the unlawful distribution of $1 billion of copyrighted materials.

The Warsaw District Court has ruled in a preliminary ruling that Vaulin can be extradited. The extradition process does, however, have another hearing until the decision is final, as the process is decided in two stages. If the lower court fully grants the extradition request, Vaulin will have recourse to the Polish Supreme Court. If extradition is granted, he will be facing a criminal trial in the US. 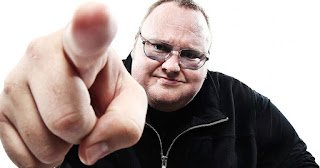 And more extradition! it's off to the US for alleged torrenter Kim Dotcom

Kim Dotcom has been at the centre of an extradition saga since 2012. He is the founder of Megaupload, another BitTorrent site. Dotcom, a German national with permanent residency rights in New Zealand, was arrested at the behest of the US on criminal copyright violation and racketeering charges.

Instead, it was ruled that Dotcom can be extradited on grounds of conspiracy to commit fraud, which is an extraditable offence under section 24 of the Extradition Act 1999. Dotcom and his legal team immediately criticized the decision, stating that “The U.S. Supreme Court has ruled that copyright charges can't be fraud charges. Let's just ignore that minor detail over here in New Zealand.”  Image portal gda https://creativecommons.org/licenses/by-nc-sa/2.0/

The saga is not at its end, and further updates should be available in the upcoming months.

The contentious issue of the blocking of pirating sites by ISPs has been reported on this blog previously here, here and here.

The Recording Industry Association of American (“RIAA”), along with 14 other groups of rightsholders have now expressed its dissatisfaction with the current DMCA takedown regime and is advocating for ISPs to directly filter out pirated content in comments filed with the US Copyright Office. It argues, inter alia, that “the notice and takedown system as currently configured results in an endless game of whack-a-mole, with infringing content that is removed from a site one moment reposted to the same site and other sites moments later, to be repeated ad infinitem.”

Google responded to the RIAA’s comments, principally pointing out the 99% of links it was asked to remove in January of this year “were not in our search index in the first place.”

These comments to the US Copyright Office are being made within the context of a review of US Copyright laws which is taking place at the moment. 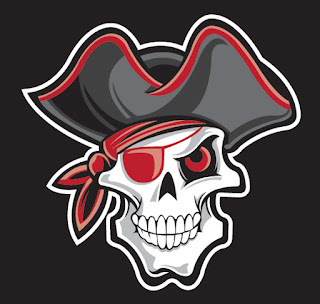 A new copyright law has been proposed in Russia which would force search engines to delist piracy websites.

Sites that would potentially be blocked under the new law would be those that have been subject to a web-block injunction in the Russian courts, as well as piracy sites that have failed to respond to takedown requests by rightsholders.

Students to pay to play whilst learning music?

Conflict is brewing in Japan between The Japanese Society for Rights of Authors, Composers and Publishers (“JASRAC”) and The Association to Protect Music Education.

JASRAC argues that it is unfair that music schools are not covered under this right. In contrast, The Association to Protect Music Education argues that performing music for instruction is not for the purpose of having people listen to it, and that copyright fees are already paid through payment for scores and other materials.

The Association to Protect Music Education is ready to take legal action in order to verify that no such financial obligation flows from the domestic Copyright Act.

This CopyKat by Tibbie McIntyre
Posted by Ben at 8:01 am