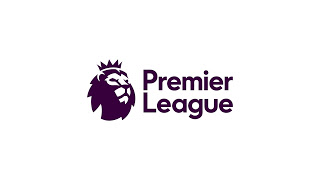 this update from Eleonora Rosati on the IPKat

Can an injunction be sought against an access provider that would require this to block access not to a website [as per the standard scenario] but rather streaming servers giving unauthorised access to copyright content? Can such an injunction consist of a 'live' blocking, ie a block limited to when the relevant content is being streamed?

An application of this kind was recently and successfully made - for the first time as far as the UK is concerned - by the Football Association Premier League (FAPL, supported by other rightholders) against 6 main retail internet service providers (ISPs).

In yesterday's decision in FAPL v BT [2017] EWHC 480 Ch Arnold J concluded that the High Court has jurisdiction to make an order of the kind sought by FAPL.

The application: what has changed

As explained by the learned judge [para 10], through its application for a blocking order FAPL sought to combat the growing problem of live Premier League footage being streamed without authorisation on the internet.

Since the decision in FAPL v Sky in 2013, things have gotten worse for a rightholder like FAPL.

First, consumers are increasingly turning to set-top boxes, media players and mobile device apps to access infringing streams, rather than web browsers running on computers. The direct consequence of this is that "traditional blocking orders (targeting websites) will not be able to prevent the growing majority of infringements, because these devices do not rely upon access to a specific website in order to enable consumers to access infringing material. Instead, such devices can connect directly to streaming servers via their IP addresses." [para 11].

Secondly, access to and use of the devices mentioned above does not present many challenges [para 12].

Thirdly, there is a significant availability of high-quality infringing streams of footage of each Premier League match [para 13].

Fifthly, the streaming servers [these being crucial to making the content accessible to the viewers] used to make available infringing streams to the public have increasingly been moved to offshore hosting providers who do not cooperate with rightholders' requests to take down infringing content either at all or in a timely manner [the latter being essential for a rightholder like FAPL; para 15].

According to Arnold J, as a result of these factors, evidence supports the view that football fans are turning to streaming devices instead of paid subscription services [para 16].

In light of the above, FAPL sought an order that would order 6 ISPs to block access to a number of streaming servers identified in different ways and according to a 2-stage process.

While one identification criterion remains confidential, Arnold J held the view that other criteria should be described for public interest reasons [para 21].

These are that FAPL (and its appointed contractor) [para 21]:

The order sought: what is new

In addition, the order sought by FAPL was different from previous ones for a number of reasons.

First, it is "a "live" blocking order which only has effect at the times when live Premier League match footage is being broadcast". [para 24]

Secondly, the order provides for the list of target servers to be "re-set" each match week during the Premier League season. [para 25]

Fourthly, in addition to the safeguards which have become standard in section 97A orders, the order would require a notice to be sent to each hosting provider each week when one of its IP addresses is subject to blocking. [para 27]

The decision: communication to the public by streaming servers (and first UK application of GS Media)

While reviewing the (classic) jurisdictional requirements under s97A CDPA, Arnold J also tackled the issues of whether the operators of the target servers would make acts of communication to the public within s20 CDPA.

He concluded in the affirmative for a number of interesting reasons, including that the operators "intervene deliberately, and in full knowledge of the consequences of their actions, to give access to the Works in circumstances where the users would not in principle be able to enjoy the Works without that intervention" [para 34, referring to the decision of the Court of Justice of the European Union (CJEU) in GS Media].

As far as I know, this is the first UK application of GS Media. Of particular interest is paragraph 37, in which Arnold J touched upon the issue of 'profit-making intention':

"Generally speaking, the operators of the Target Servers are not merely linking to freely available sources of Premier League footage. Even if in some cases they do, the evidence indicates that they do so for profit, frequently in the form of advertising revenue, and thus are presumed to have the requisite knowledge for the communication to be to a new public".

This is an important order that demonstrates how technological advancement prompts a re-consideration of traditional approaches, including whether intermediary injunctions should be only aimed at blocking access to infringing websites [the answer appears to be no, and this order may pave the way to even more creative enforcement strategies in the future].

Arnold J's decision shows how the law - including the one on blocking orders - is subject to evolution. This is so also to permit that the 'high level of protection' that the InfoSoc Directive [from which s97A CDPA derives] intends to provide is actually guaranteed.

As far as the GS Media 'profit-making intention' is concerned, to some extent the view of Arnold J appears somewhat narrower (but practically not dissimilar) than that of other courts, eg the District Court of Attunda in Sweden [here, here, and here] that have applied GS Media so far. Further applications of GS Media by UK courts are however keenly awaited.
Posted By Eleonora Rosati to The IPKat on 3/14/2017 06:03:00 pm
Posted by Ben at 6:12 pm