Cabin Fever: Is Reconstructing a Work to Preserve It Copyright Infringement?

Lolita wrote about this copyright infringement suit on last week’s CopyKat. It deserves a second glance.


Artist Cady Noland created her Log Cabin sculpture in the nineties, which is made out of wood and resembles the façade of a log cabin, along with two U.S. flags which are “an integral part of the sculpture.” The work is approximatively 12 feet high, 18 feet long, and a little less than 6 feet wide.


Art collector Wilhelm Schurmann bought the work in the nineties. He loaned it to a museum which exhibited it outside for ten years. Log Cabin was then exhibited at the Michael Janssen Gallery. However, it had deteriorated over time, and an art conservator recommended in 2010 to reconstruct it entirely with new materials and new logs. The complaint alleges that Cady Noland was not informed about this decision at the time but instead learned for the first time in 2014 that the work had deteriorated, had been reconstructed, and the decayed material thrown away.


Cady Noland has taken the position that her work has thus been destroyed, and filed a copyright infringement suit in the Southern District of New York against the Michael Janssen gallery, Michael Janssen, and Wilhelm Schurmann, claiming that rebuilding Log Cabin was copyright infringement, and that its destruction had violated her moral rights under the Federal Visual Artists Rights Act of 1990 (VARA), 17 USC § 106A. 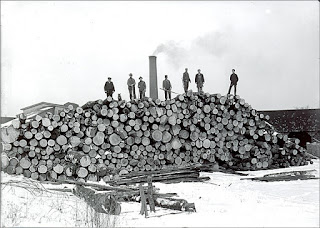 This is not the first time Log Cabin is at the origin of a law suit. The Michael Janssen Gallery had found a buyer for the work in 2014, but Candy Nolan disowned it after discovering it had been rebuilt. The deal fell through, as the purchase agreement had a clause which directed the gallery to buy back the work if the author disowned it. The buyer then sued the gallery claiming he was owed money, but lost.


VARA, 17 USCA § 106A(a)(2),  gives the authors of some works of visual arts the right “to prevent the use of his or her name as the author of the work of visual art in the event of a distortion, mutilation, or other modification of the work which would be prejudicial to his or her honor or reputation. . . ." Cady Nolan used her right under VARA for Log Cabin. She also disowned her Cowboys Milking work, and was then sued in 2012 by the art dealer who had consigned it to Sotheby’s, which had to take it down from sale following the disownment. The owner of the work then sued the artist and the auction house, but lost.


A little bit of comparative law… Article L. 121-4 of the French Intellectual Property Code gives authors the right to disown their work, provided that they financially compensate the owner of the work.


The complaint in our case informs that Log Cabin is not registered with the Copyright Office, as copyright registration has been refused. Plaintiff is seeking to have her ownership of Log Cabin’s copyright recognized by a declaratory judgment.


Section 106 of the Copyright Act grants several exclusive rights to an owner, among them the right to reproduce the work: “the owner of copyright under this title has the exclusive rights to … reproduce the copyrighted work in copies or phonorecords.” If Log Cabin is indeed protected by copyright, and if Cady Nolan owns that copyright, only she has the right to reproduce it. Cady Nolan considers the reconstructed Log Cabin an unauthorized copy, not an act of preservation.


Does the owner of a work protected by copyright have a duty to preserve it?


Cady Nolan also claims that Wilhelm Schurmann was negligent or indifferent in preserving the work, which led to its deterioration, and thus its destruction, leading to the violation of Plaintiff’s copyright and moral rights.


The case is an Art Law professor’s dream come true…
Posted by Marie-Andree Weiss at 5:45 pm