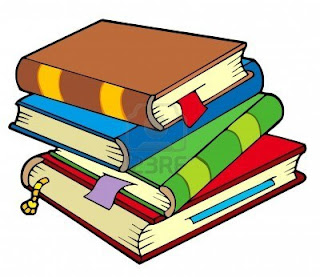 The Supreme Court has ruled that textbooks and other goods made and sold abroad can be re-sold online and in discount stores without violating U.S. copyright law. In a 6-3 opinion, the court overturned a copyright infringement award to publisher John Wiley & Sons against Thai graduate student Supap Kirtsaeng, who used eBay to resell copies of the publisher’s copyrighted books that his relatives first bought in Asia at cut-price rates.

Kirtsaeng sold $900,000 worth of books published abroad by Wiley and others, and made about $100,000 in profit. The international editions of the textbooks were essentially the same as the more costly American editions. A jury in New York awarded Wiley $600,000 after deciding Kirtsaeng sold copies of eight Wiley textbooks without permission.

The District Court had held that Kirtsaeng could not assert the “first sale” defence because that doctrine does not apply to “foreign-manufactured goods” (even if made abroad with the copyright owner’s permission) and on appeal, a split panel of the Second Circuit agreed with the District Court. The Supreme Court has now said that the "first sale doctrine" applies to copies of a copyrighted work lawfully made abroad.

And there is now an update by Eleonora Rosati on the IPKat at   http://ipkitten.blogspot.co.uk/2013/03/a-kats-perspective-on-kirtsaeng-why-is.html

And its worth comparing this decision with 2010 case of Costco Wholesale Corp v Omega SA where the Ninth Circuit held that the first sale rule in the US copyright statute did not apply to foreign sales as a matter of law, since that statute lacked extraterritorial application. The Supreme court split 4-4 on appeal - perhaps showing just how difficult this whole area is.

Hello Ben and other members of The 1709 Blog,

I agree with the fact that selling a book internationally should violate copyright law. I also feel that anti-piracy methods should almost be up to the company themselves to figure out rather than the government or supreme court to decide. In this case it is almost hard to figure out a method that would work as well as some other companies that have electronic products can do to protect their product.

Would you mind reading my blog at http://ajbergengl250.blogspot.com/? I would like to have your perspective.