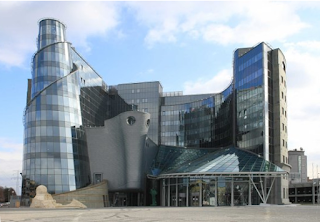 US Copyright Law Applies to the Content Created Overseas

Can the US copyright law apply to the content which although created overseas is made available to the US viewers in violation of the rights of the US rightholders? That was the question the U.S. Court of Appeals for the D.C. Circuit Has recently faced in the dispute between Spanski Enterprises v. Telewizja Polska.

The case which is in them making for over two decades concerns Poland’s public national broadcaster, Telewizja Polska (TVP), granting an exclusive right to Spanski Enterprise (SEI), a Canadian company, to distribute TVP’s content in North and South America for the period of 25 years. It was agreed between the parties that TVP will use geo-blocking technology for its streamed content on the VOD platform, in order to protect SEI’s exclusive licence to share the content on the US soil. Nevertheless, SEI has discovered that the programmes still could be streamed in one of their US offices in New York as the geo-location technology was allegedly disabled. At the first instance, the US District Court for the District of Columbia held in December 2016 that SEI’s exclusive right of public performance has been violated and awarded damages of $3.06 million against TVP.

TVP in its appeal claimed that “[a]cts committed abroad, even if they would be actionable if performed in the U.S., cannot form the basis for a U.S. copyright infringement suit” and that the US Copyright Law does not apply extraterritorially. Contrary, the US Government in its amicus brief has submitted that “a copyright owner’s exclusive right to control the public performance of the work in the United States is infringed just as clearly when the transmission comprising the unauthorized performance originates overseas”.  In its view the liability should be imposed on TVP despite the performances being initiated abroad, as the events occurred in the US and the unauthorised performances were addressed towards the American public.

The case is important from the perspective of the US Government as it “implicates the ability of the Department of Justice to prosecute large-scale criminal piracy of copyrighted works by entities located abroad that stream copyrighted works over the Internet to viewers in the United States”. TVP has also raised a second argument saying that “the company may be held liable for direct copyright infringement only if its conduct was ‘volitional’”. Given that TVP has owned the copyright in its content which has been lawfully uploaded to its VOD platform, according to them there was no such conduct.

The Court of Appeals in its judgment has rejected TVP’s appeal confirming that the automated services, where the user selects the content to view (here VOD platform) are not protected from liability in such cases. According to Circuit Judge Tatel “Congress had good reason to allow domestic copyright holders to enforce their rights against foreign broadcasters who direct infringing performances” into the US territory. Furthermore, with the ease of internet transmission across the world, lack of protection of copyright holders would enable widespread infringement “rendering copyright in works capable of online transmission largely nugatory”. 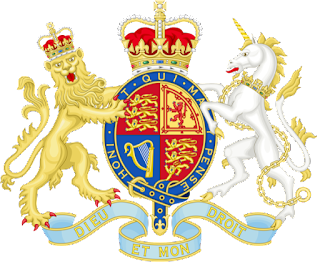 The new research published by RPC shows that music and football right holders bring the most cases to the London's High Court. The rise in the number of claims is a result of rightholders aiming to fight illegal streaming on the internet. The most frequent Claimant in 2017 was PPL (Phonographic Performance Limited), which has brought 88 cases to the High Court. The second most active claimant was Football Association bringing the total amount of 36 cases. Among the top 10 claimants filing the copyright cases are also Sky and BT with 12 and 11 cases respectively. As noted by Paul Joseph, Partner and Editor of RPC’s Copyright Guide “[p]rotecting copyright continues to be a top priority for those holding the rights to music and football.” Given that “the value of football broadcast rights has ballooned over the last two decades, so has the importance to rights holders of protecting their intellectual property.” Football rightholders are now more encouraged to go to the Court following a successful claim in Football Association Premier League Ltd v British Telecommunications plc [2017] EWHC 480, where Arnold J has granted an order to requiring six major internet service providers (ISPs) to block access to streaming servers giving unauthorised access to copyright footage. [as previously reported on IPKat]

With the Internet changing the traditional business model in music industry, it also became important for the rightsholders to pursue “any possible source of revenue from businesses using their material”. Therefore, it is more common for music rightsholders to litigate, in order to maximise their revenues from the copyrighted materials. By filing a number of claims to the High Court, football and music industry companies must hope that their actions will deter potential infringers. 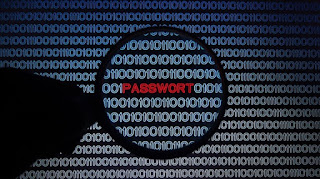 The process of a group of rightholders applying to the Court for orders requiring Internet Service Providers (ISPs) to block access to the websites infringing copyright has also been widespread in other parts of Europe. Knowing that the process requires both parties to spend a lot of money and with the knowledge that injunctions requiring ISPs to block websites infringing content are now more likely to be granted in the European courts, recently rightholders and ISPs decided to take collaborative approach. Belgian Entertainment Association (BEA) and ISPs Proximus, Telenet and VOO in order to avoid complex and costly legal proceedings have decided to jointly present a list of 33 websites and 450 domain names to a judge, together with claims that “they facilitate the illegal downloading of copyrighted material”. With the possibility given in the European legislation to the national judges to order injunctions requiring ISPs to block access the Commercial Court of Brussels will now assess the list of sites and domains “to determine whether they’re acting illegally”. As explained by Benoît Michaux, lawyer for the Belgian Entertainment Association, this “joint request is a little unusual, things are changing, there is a certain maturation of minds, we realize, from all sides, that we must tackle the problem of piracy by blocking measures. There is a common vision on what to do and how to handle piracy”. As reported by L’Echo with potential concerns of ISPs of possible breach of E-Commerce Directive, ISPs are not willing to take any action against websites without any order from the Court. The Court is expected to render its judgment within a month.

US Navy Sued for Copyright Infringement

Bitmanagement, German software company, has brought a claim against US Government in connection with the US Navy installing its software on hundreds of devices without obtaining the necessary licence and therefore infringing their copyright: As reported by Torrentfreak, in 2011 and 2012 the US Navy initially bought licences of 3D virtual reality application for the use on 38 devices. However, as it was soon discovered the application was installed on 100,000 devices without any additional compensation.

Following its Federal Claims Court complaint, Bitmanagement  found out that the number of computes on which software has been installed amounted to at least 429,604. Therefore, after both parties have conducted discovery, Germany software company has requested for partial summary judgment against the US Government for copyright infringement. As stated by the company in their motion “it became clear that the Navy had no intention to pay Bitmanagement for the software it had copied without authorization, as it declined to execute any license on a scale commensurate with what it took”. In response, the US Government claimed that it bought concurrent-use licences that allowed them to install the software across the Navy network and that the authorisation was implied. Both arguments were however rejected by Bitmanagement. The damages according to the software company can amount up to $600 million. 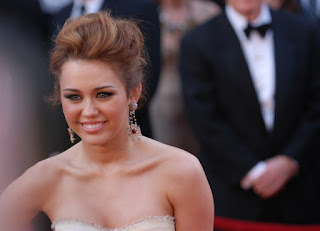 A Jamaican songwriter Michel May (performing as Flourgon) has brought a $300 million claim against Miley Cyrus for infringement, alleging that her 2013 song ‘We Can’t Stop’ [listen here] too closely resembles a song that he released in 1988 and was a No 1 in Jamaica ‘We Run Things’ [listen here].  According to May about 50 percent of Cyrus’ song comes from his ‘We Run Things’ hit. He claims that Cyrus and RCA Record have misappropriated his material by using the phrase “We run things. Things no run we,” which she sings as “We run things. Things don’t run we.”. Additionally, in his view Cyrus’ hit “owes the basis of its chart-topping popularity to and its highly-lucrative success to plaintiff May’s protected, unique, creative and original content.” Apart from seeking damages, ‘Flourgon’ in his complaint filed with the U.S. District Court in Manhattan also requested the Court to a halt to further sales and performances of 'We Can’t Stop’. In the wake of the Blurred Lines decision, and the more recent Taylor Swift decision over the alleged copying in the lyrics of 'Shake It Off', this could be one to watch.

This CopyKat by Mateusz Rachubka
Posted by Ben at 3:28 pm