Adeokin Records v Music Copyright Society of Nigeria: No CMO licence required for an exclusive licensee of copyright to enforce its licence 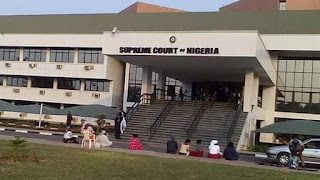 News from the collective rights management world, this time from Nigeria!

1709 Blog friend and fellow blogger Chijioke Okorie explains what happened in the recent decision of the Nigerian Supreme Court in Adeokin Records v Music Copyright Society of Nigeria [Chijioke is happy to provide a copy of the judgment upon request].

Last month the Nigerian Supreme Court delivered its judgment in the case of Adeokin Records & another v Musical Copyright Society of Nigeria Limited (MCSN) SC/336/2008, holding that MCSN had the capacity (locus standi) to institute the suit as owner, assignee and exclusive licensee of copyright. The outcome of this case was rooted within two main grounds. First of all, because it was an issue of locus standi, the court rightly held that only the statement of claim may be considered and extraneous documents outside the statement of claim cannot be considered. Given the fact that Adeokin Records did not challenge MCSN’s averment in its statement of claim that it was “owner, assignee and exclusive licensee of copyright”, the court took the issue as established.

The second ground for the decision of the Supreme Court was that at the time the suit was instituted, the provisions of section 17 of the Nigerian Copyright Act which mandated “pseudo” collecting societies to obtain a collecting society licence from the Nigerian Copyright Commission (NCC) had not been promulgated and so was not in effect and/or applicable to the suit. Section 17 refers to entities involved in the business of negotiating and granting licences, distributing royalties or having more than 50 members who are copyright owners.

Readers would recall that until April 2017 when the NCC issued MCSN with a collecting society licence, MCSN had resorted to describing itself as an “owner, assignee and exclusive licensee of copyright” and has been suing in that capacity. See here.

There is also the issue of impending revocation of COSON licence in view of its refusal to comply with NCC’s directive. See here. A few days ago, the Music Publishers Association of Nigeria (MPAN) urged the NCC to reconsider the suspension of COSON’s licence as it has prevented copyright owners from earning royalties for the use of their works. If COSON’s licence is revoked, the music industry will be left with one collecting society until COSON gets its act together or NCC issues licence to another entity. Would existing associations such as MPAN, which has many copyright owners as members yet give COSON a run for its money?

Posted by Eleonora Rosati at 2:20 pm