Lets Get It On...Trial - Another Copyright Infringement Case for Ed Sheeran

Hayleigh Bosher writing on the IPKat


Readers may remember a previous post about an ongoing case in the UK against Ed Sheeran, in relation to his is song "Shape of You". Over the pond, Sheeran is accused of copyright infringement of Marvin Gaye's "Let's Get It On" in his song "Thinking Out Loud". 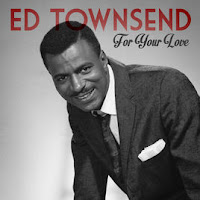 There are two on-going cases relating to "Let's Get It On" and "Thinking Out Loud", before Judge Louis L Stanton in the New York Southern District Court. Neither of the cases are brought by the Gaye Estate. The song was recorded by Marvin Gaye, but was written by Ed Townsend who owned 2/3rd of the royalties for the song when he died in 2003.
The first is between Structured Asset Sales (SAS) and Sheeran, his co-writer Amy Wadge and their record labels. SAS is a beneficial owner of one-third of all of the copyright rights of Townsend in all of his catalogue of works, including “Let’s Get it On.”
The second case is brought by Kathryn Townsend Griffin (biological daughter of Townsend, adopted as a child by other parents), and the Estate of Townsend. The latest judgement in this case was filed yesterday, here's what happened:

Townsend filled a complaint for copyright infringement in June 2018. In response Sheeran denied copying and applied for a Summary Judgement to dismiss the case on the grounds that
1) the scope of the copyright protection is limited to the sheet music as deposited; 2) the songs are not substantially similar; 3) that any alleged similarities are not protected as commonplace elements; 4) that the plaintiff Kathryn Townsend Griffin lacked standing to bring the case since she was adopted by other parents.

1) The Scope of Copyright Protection

In support of the application for copyright infringement, Townsend submitted the sheet music for LGO. Sheeran argued that the LGO deposit defines the scope of protection, pointing to a previous case (Wolfe v. Zeppelin 905 F . 3d 1116, 9th C 2018) that held the deposit of the plaintiffs work, rather than the sound recording, defined the scope of protection, since the purpose of the deposit is to identify the work in which copyright is claimed.
Both parties agreed that the LGO deposit copy includes the composition's key, meter, harmony (chord progression), rhythm, melody, lyrics, and song structure, but Townsend argued that the composition is embodied on the Gaye recording.
This is important because, as the court noted, hearing the percussion and bass increases the perception of similarity between the works. At this stage, the court left this question open.

2) Are the Songs Substantially Similar?
Under US law, to prevail on a copyright infringement claim, a plaintiff must establish that the defendant has actually copied the plaintiff's work; and that the copying is of a substantial similarity exists between the defendant's work and the protectible elements of plaintiff's. The test for substantial similarity is whether an ordinary observer, unless he set out to detect the disparities, would be disposed to overlook them, and regard the aesthetic appeal as the same.In doing so the court considers, whether an average lay observer would recognise the alleged copy as having been appropriated from the copyrighted work. However, where a work has both protectible and unprotectible elements, the analysis must be more discerning, and involves extracting the unprotectible elements from the consideration. The Court then only asks whether the protectible elements, standing alone, are substantially similar.In the present case, both parties submitted musicologist reports and agreed to some similarities between the songs such as the I - iii - IV-V harmonic progression, harmonic rhythm with anticipated
second and fourth chords, melody , bass - line , and percussion. Parties dispute the similarity of the vocal melody, harmonic rhythm, harmony, bass-line and percussion. There is no claim of similarities between the lyrics or song structures.The Judge noted that the key, tempo, meter, and genre of the two compositions are similar , but are unprotectable elements. Sheeran pointed to other elements - song structure , lyrics , and tone - to highlight the difference in "total concept and feel" between the works; submitting that TOL is characterised by somber, melancholic tones, about long-lasting romantic love, whereas LGO is a "sexual anthem that radiates positive emotions and encourages the listener to get it on".In light of which, the judge held that the question whether TOL is substantially similar LGO should be determined by trial rather than summarily.

3) Is it Infringement or Are The Parts Taken Common Place?

Sheeran argues that the similar elements between the songs are not protected as commonplace elements. The parties dispute whether the basic I - iii-IV- V chord progression used in LGO is common place, or was commonplace prior to LGO. Townsend conceded that Sheeran's expert identified at least thirteen songs that predate LGO that use the same chord progression, and that it appears in at least two guitar method books. However, they noted that only a dozen or so were identified that contained this chord progression prior to LGO.
The parties also dispute whether the harmonic rhythm of that four-chord progression - the second and fourth chords being "anticipated" or placed ahead of the beat - is protectable. Sheeran says its a common place technique, Townsend claims its distinctive.Both disagreements precludes summary judgment since the question of whether the elements warrant copyright protection is a factual question to be determined at trial.

4) Does the Plaintiff Have Standing?

Sheeran argued that the plaintiff Kathryn Townsend Griffin lacked standing to bring the case since she was adopted by other parents. However, the judge agreed followed the decision of the Superior Court of California which previously ordered that Kathryn was an intestate heir of Townsend
and thus entitled to 30% of the royalties from his music.

Lets Get It On Trial, Summary Judgement Denied

The summary judgement was denied because the judge said that the questions relating to the these issues needed to be decided by trial. This is common since the issue of substantial similarity is frequently a fact issue for jury resolution in the US.
A jury might side with either view; it may be impressed by footage of a Sheeran performance which shows him seamlessly transitioning between LGO and TOL. However, a jury could find several similarities between the two songs and therefore find Sheeran to be infringing.
The case is very similar to another that the Gaye family bought against Robin Thicke and Pharrell Williams, where they succeeded in claiming "Blurred Lines" copied "Got To Give It Up". As a result, the Gaye family received a pay out of $5 Million and 50% of future royalties. So if Sheeran looses he could be face the same level of damages.
Posted by Ben at 10:54 pm