The 1709 Blog is happy to host the following contribution by Hugo Cox (Hamlins), concerning the recent joint authorship decision of the Court of Appeal of England and Wales in Kogan v Martin [see also IPKat here]. 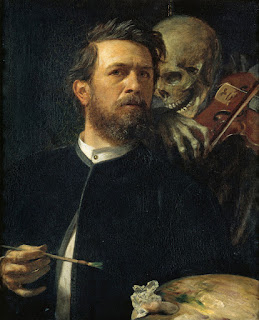 One of the most distinctively European contributions of European law to UK copyright law has been its test for originality (being one of the requirements for copyright protection). Previously UK courts had looked for the prosaic inputs of labour, skill or judgment. Now they ask whether the work is the author’s ‘intellectual creation’, looking to see if it reflects the author’s personality, expressing free and creative choices – there must be a certain … je ne sais quoi, you might say.

There is some doubt as to whether this new test has made much difference in deciding which works do or do not acquire copyright protection. However, in the law of joint authorship, a change seems unmistakable. In the past, English courts have required a contributor to input significant skill and labour to earn the title and rights of a joint author. So, for example, an attractive 16-bar saxophone solo did not meet the threshold. Now the Court of Appeal has affirmed the ‘relatively undemanding’ requirement is, once again, to contribute elements which express the contributor’s own intellectual creation. We know from the CJEU’s Infopaq judgment that this can be achieved in just eleven words.

This conclusion of the Court of Appeal was arrived at in its judgment of 9 October in Kogan v Martin, a case concerning the screenplay for Florence Foster Jenkins, a film which starred Meryl Streep and Hugh Grant. The question was whether it had been written solely by Nicholas Martin, as had been decided in the Intellectual Property Enterprise Court in 2017, or whether Julia Kogan was joint author. The Court of Appeal was not content with the reasoning of the lower court and ordered a retrial.

It seemed Martin had held the pen and Kogan had contributed only to the first drafts. However, the Court emphasized a joint author can be someone who only offers suggestions to the writer  – she does not necessarily have to put pen to paper or have the last word on what goes into the script. Contributions to plot ideas or inventing characters are on an equal footing with contributions to the execution of a work. And if a work has been created through a series of drafts, inputs into the earlier drafts count.

The Court set exacting standards for the assessment of the complex evidence of creative collaboration. The fact witnesses’ recollections may be imperfect does not absolve the judge of his duty to take those recollections into account alongside any documentary evidence and to come to a conclusion about the nature of the interaction between the parties and their contributions. Were Julia Kogan’s contributions akin to those of a researcher, or was there a joint creative process? The assessment is highly fact-specific and difficult, but must be undertaken.

Though it seems the quantitative threshold for joint authorship has been lowered, the overall assessment of the evidence has become ever more complex, subtle and exacting. And the legal concepts are slippery. Joint authors must be engaging in a ‘common design’ – according to the Court of Appeal this is not something Ezra Pound was doing when he made extensive revisions to Eliot’s The Waste Land. The Court explained, perhaps less than helpfully: ‘he was acting as a friend and critic and not a collaborator in a common design’. And appealing though the European ‘intellectual creation’ test is, can you necessarily spot someone’s personality in their output and when exactly are choices free and creative?

We live in a time when creative collaboration is widespread – from pop bands to sitcom writers’ rooms to the interactive world of the internet. It’s a complex picture, and one which the law should try to avoid complicating further.
Posted by Eleonora Rosati at 10:32 am