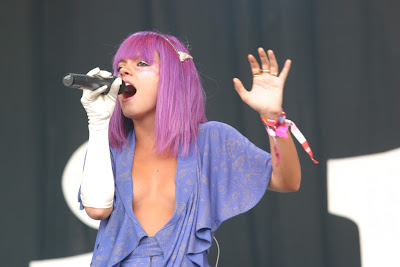 France's much debated internet piracy law, the so called loi Hadopi which introduces a ‘three strikes’ approach to persistent illegal downloaders and fileswappers and which would allow authorities to disconnect repeat infringers, has passed through the lower house of parliament in a revised form. The law, supported by President Sarkozy, was passed by 285 votes to 225, with the Socialists, Greens and other left-wing parties opposing it and the ruling UMP party voting in favour. The bill must still be approved by the French parliament and may still face another challenge in the constitutional court.

A previous version of the law, approved by parliament in June, was rejected by France's constitutional court who said that it wasn’t happy with proposed new body that would have had the power to cut Internet access ruling that the new body could only have the power to issue warnings and that any disconnections could only be ordered by a judge. Record companies, film producers and French artists have supported the bid to crack down on Internet piracy, which recording industry body SNEP estimates has destroyed 50 percent of the value of the French recorded music market in six years but consumer groups have objected strongly and critics, including the Socialists, say the law will be easily subverted by anyone determined to download content online. Under the new version of Hadopi, the new authority will investigate suspected cases of piracy and will have the power to issue two written warnings before a judge can order an Internet connection to be disconnected and a fine of up to 30,000 euros ($43,900). The law will also oblige anyone with a Wi-Fi connection to block non-authorized users from using the connection.
In the UK, the topic is equally divisive; After (Lord) Peter Mandelson suggested that the UK could adopt a similar three strikes approach, a sharp divide opened up between the record and film industries (who strongly supported the move) and the Featured Artists Coalition, the British Academy Of Songwriters, the Music Managers Forum and the Music Producers Guild who were far more worried about the effect of content owners suing fans. Nick Mason (Pink Floyd), Dave Rowntree (Blur), Billy Brag and Ed O'Brien (Radiohead) are spearheading the FAC's alternative approach which acknowledges that file sharing can damage record sales but can also stimulate the sale of records, downloads, merchandise and concert tickets and cross generations with Mason saying "the last thing we want to be doing is to go to war with our fanbase. Filesharing means a new generation of fans for us".

But now Lily Allen and Patrick Wolf have said they are not convinced by the FAC’s position and Allen, in particular, says that it's all well and good for FAC supporters like O'Brien and Mason to oppose tougher measures against net users who steal music because they've already made their money. Allen, writing on her MySpace blog said: "Mason, O'Brien and the Featured Artists Coalition say that file-sharing's '”like a sampler, like taping your mate's music, but mix tapes and recording from the radio are actually very different to the file sharing that happens today ... in digital land pirated tracks are as good quality as bought tracks, so there's not a need to buy for better quality. The Featured Artist Coalition also says file-sharing's fine because it 'means a new generation of fans for us'. This is great if you're a big artist at the back end of your career with loads of albums to flog to a new audience, but emerging artists don't have this luxury. Basically the FAC is saying 'we're alright, we've made it, so file-sharing's fine', which is just so unfair to new acts trying to make it in the industry". Allen went on to say "If this sounds like I'm siding with the record [company] bosses, I'm not. They've been naive and complacent about new technology - and they've spent all the money they've earned on their own fat salaries not industry development ... [and] I don't think what's out there [ie legitimate digital services] is perfect. It's stupid that kids can't buy anything on the internet without credit, forcing them to steal Mum's credit card or download illegally. It's this kind of thing that the record company bosses, artists, broadband providers and government should be sitting down and discussing. [But] file-sharing's not okay for British music. We need to find new ways to help consumers access and buy music legally, but saying file-sharing's fine is not helping anyone - and definitely not helping British music. I want to get people working together to use new digital opportunities to encourage new artists".

Patrick Wolf, who recently released an album funded by fan-to-band investment company Bandstocks, echoed Allen saying on his own MySpace blog: "I don't have a Liberace helicopters and limousine lifestyle. I'm currently deciding whether I spend the last of my earnings this year from touring on recording the string and choir section of my new album or on the rent until December - just an example of how a lot of other musicians have it". Saying "I dreamt as a teenager I would be able to buy a house one day, somewhere peaceful so that I could focus on writing and composing and perhaps set up a gorgeous studio with all the instruments I have collected to record and produce other bands. In the early 2000's it seemed likely, but file-sharing means that most musicians will probably just make ends meet their whole life now and most musicians dreams will have to be put aside for need for part time work and doing the odd gig and free download-only single made on Garageband".
Stuck in the middle of all of this is UK Music, the cross-sector music body headed up by ex Understone frontman, Radio Authority member and record label executive Feargal Sharkey who somehow needs to bring together the diverse views of it's membership – which includes labels, retailers, publishers, managers and artists. UK Music issued a new (somewhat vague) statement trying to demonstrate some unity on the issue saying "In context of an evolving licensed digital music market, we believe that government intervention is extremely welcome and that, subject to assessment, [media regulator] OfCom should be granted appropriate and proportionate powers as directed by the Secretary of State" although Sharkey added "Like all of society, like all creative businesses, the UK's commercial music industry reflects a wide spectrum of viewpoints and opinions. Discussions over recent weeks have drawn us much closer together and helped us to realise with greater certainty our shared vision of the future. We continue to welcome the government's support and intervention, both of which will be vital to ensure that those who create and invest in music have the opportunity to deliver their full potential and reap the benefits, rewards and promises of an ever-evolving digital marketplace".
http://www.reuters.com/article/lifestyleMolt/idUSTRE58E5DE20090915
CMU Daily 16 September 2009 http://www.thecmuwebsite.com/
Photo: Nick Cordes (@ Glastonbury 2009)
Posted by Ben at 5:56 pm