The Center for International Intellectual Property Studies (CEIPI) which is part of my alma mater, the University of Strasbourg, published on November 28, 2016 its Opinion on the European Commission’s copyright reform proposal (the Opinion). The Opinion, which was written by Professor Christophe Geiger, PhD candidate Oleksandr Bulayenko, and Senior Researcher Giancarlo Frosio, focuses on the introduction of neighbouring rights for press publishers in EU law. It argues that the recent Directive proposal would make it harder to reach the Digital Single market. The authors of the Opinion conclude by recommending “to refrain from advancing this legislative action.” The CEIPI sent its Opinion to the EU Commission on December 2. 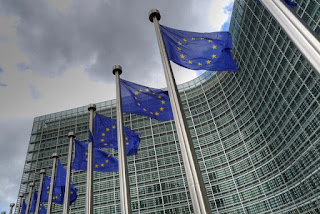 What Are the Commission’s Proposals re Neighbouring Rignts??


The Commission adopted in May 2015 its Digital Single Market Strategy, which goal is to reduce the differences between the copyright regimes of the Member States and to allow works to be widely accessed online across the EU.


Following a consultation on the role of publishers in the copyright value chain, which the European Commission had launched on March 23, 2016, the Commission introduced on September 14, 2016 its Proposal for a Directive of the European Parliament and of the Council on Copyright in the Digital Single Market (the Proposal).


The Opinion concentrates on the neighboring rights that the Proposal would give to publishers. The Impact Assessment on the modernization of EU copyright rules, also published by the Commission on September 14, provides a helpful overview of the rights provided to the publishers in various member States (see Part 3/3, p. 189-192).


The Opinion cites the example of the German law on Authors’ and Neighbouring Rights which gives some exclusive neighbouring rights to press publishers, such as making available for commercial purpose any publications and parts thereof. This, as noted in the Opinion, takes “only individual words or the smallest text excerpts” out of the scope of the law (Opinion p. 6). A Spanish law provides press publishers the right to be remunerated for making available online non-significant fragments of their publications. The Opinion notes that the legality of this right has been questioned, for example here (Opinion p. 6).


The Opinion notes that they are tensions between press publishers and online service providers in several countries, Belgium, France and Italy. Such tensions have been addressed by signing agreements, not by enacting new laws. For instance, a financial fund financed by Google has been put in place in France. It is intended to provide financial support for projects of publishers of political and general information sites. A similar Italian fund is also financed by Google, which also finances the EU Digital News Initiative (Opinion p. 7).


Article 11(1) of the Proposal directs Member States to provide publishers of press publications with the neighboring rights provided for in Article 2 and Article 3(2) of Directive 2001/29/EC for the digital use of their press publications. This means that the “publisher’s neignboring rights would encompass the right of reproduction and making available to the public for digital uses” (Opinion p. 11).


The authors of the Opinion note that the combination of these two articles may give publishers two revenue streams, if both copyright and neighboring rights have the same exceptions and limitations: the publishers would receive a revenue both as holders of the neighbouring rights  and as transferees or licensees of authors’rights (Opinion p. 12).


Member States have each their own copyright and neighbouring rights laws. The Opinion states that:


“the Impact Assessment fails to explain how an additional layer of 28 national rights might promote the Digital Single Market. Rather the proposal poses further challenges related to the territoriality of rights and their fragmentation” (Opinion p. 8).


This is a concern, especially since the Proposal “does not pre-empt the re-emergence of new national legislation extending rights of press publishers. Member States still remain free to create other neighbouring rights in their national law” (Opinion p. 8). The authors point out that our own Eleonora Rosati has questioned the lawfulness under EU law of allowing Member States to create neighbouring rights.


The authors of the Opinion are also concerned by the facts that the exceptions and limitations to authors’ rights, which are currently applicable to those rights in the Member States, may not be equally applied to the neighbouring rights. For instance, national laws could regulate differently when and if such exceptions can be overridden by contract or technical protection measures (Opinion p. 9).


Allowing Member States to each create their own neighboring rights and even expanding them could fragmentize the Digital Single Market, and thus hurt it. The authors of the Opinion advocate instead for the enactment of a unitary right (Opinion p. 9).


Proposal Would Reduce the Economic Value of Creative Works


The authors of the Opinion argue that if more economic actors can share the revenues of creative activities, the authors may lose part of their revenue, as the financial pie is not getting bigger even while more guests are invited to partake. The “pie theory” explains that “new royalties stemming from neighbouring rights are going to be distributed at the expense of those receiving royalties from authors rights today” (Opinion p. 11, citing this recent article by Joseph Pomianowski).

There is a chance that publishers from other sectors than the press, such as music publishers, would request neighbouring rights, which could further reduce authors’revenue (Opinion p. 9). Granting rights to more actors “will decrease the economic value of each rights” (Opinion p. 10). However, the “pie” is not getting bigger (Opinion p. 12).


No Causal Link Between Publishers’ Revenues and Granting them Neighbouring Rights


Publishers generally hold the economic rights of authors, under various legal schemes, such as contract or work for hire (Opinion p. 13). Not every publisher believes it must have neighboring rights, and some have even argued that they are not necessary. Even if publishers are sometimes called into court if a work has been infringed, granting them neighbouring rights “will not change the burden of proof for proving ownership of authors’ rights in court” (Opinion p. 14). For these reasons, there is no “causal link supporting the introduction of new rights” (Opinion p. 14).


The Scope of Protection is Overbroad


The authors of the Opinion are troubled by the fact that the Proposal “does not limit the subject matter to works and uses presently protected by authors’ rights.” Even unoriginal works could be protected by neighbouring rights (Opinion p. 16). Works from the public domain could be protected as well, and works published under a public copyright licenses could be restricted by such rights (Opinion p. 17). Restricting the public’s use of works in the public domain “imping[es] greatly on freedom of expression and democratization.” This would have repercussions on the ability of people of lesser means to disseminate their speech and would instead favor big corporations (Opinion p.17). The Authors also argue that the proposed term of protection, 20 years, is “way too long” (Opinion p. 18).


The authors conclude that introducing neighbouring rights for press publishers will create new EU copyright issues instead of solving them.


The Opinion is a very interesting read, and this is both my impartial blogger opinion and my hometown partial Alsatian opinion.

European Commission Image is courtesy of Flickr user Kevin White under a CC BY-NC-ND 2.0 license.
Posted by Marie-Andree Weiss at 10:02 am