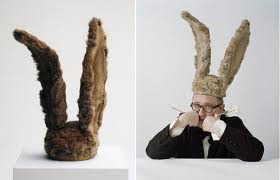 OK, a cheap pun at the expense of chocolate bars, but it seems US broadcasters are less than impressed with new start up TV company Aereo, which aims to stream television programmes to users' mobile phones, computers and iPads in the New York Area.

Two groups of broadcasters have now sued the startup, which was founded by Chet Kanojia and is backed by media billionaire Barry Diller, and which sends live local TV feeds to iPhones and iPads and other web enabled devices in the New York area. The Wall Street Journal reports that the broadcasters, including ABC, CBS, NBC, Fox, Disney Telemundo and the local PBS station, have filed suits in the federal court, saying Aereo Inc.'s service uses their content without permission.

Aereo launched two weeks ago, but it's available by invitation only. Subscribers pay $12 per month for access to 27 locally broadcast TV channels through the Web browsers on their Apple devices. It's set to open up to more subscribers on March 14th with advertising saying "Television on Your Terms. Watch Live TV All the broadcasts - NBC, ABC, CBS, PBS, FOX, ...". The company hopes to expand service to other cities.

Aereo says the suits are groundless and it looks forward to "a full and fair airing of the issues" and explains that its business exploits what it believes is a loophole in the laws governing retransmission of local broadcasts because it doesn't use one big antenna to pick up the local broadcasts and relay them to the Internet. Instead, "it uses one tiny antenna for each subscriber that's watching", acting as a remote antenna for each subscriber, rather than taking broadcasts and retransmitting them the company says it has installed sufficient racks of "rabbit ears" antennae in NYC to ensure there is a set available at any given time for every subscriber. The broadcasters disagree saying the retransmission of their services is "unlawful".

For your very own rabbit ears, see Shona Heath's (illustrated above) here http://showstudio.com/shop/product/bunny_ears
Posted by Ben at 10:08 am