Flying pirates on the horizon 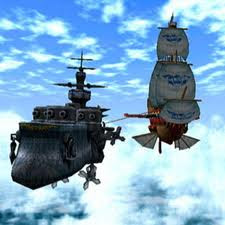 As Pirate Bay co-founder Carl Lundstrom prepares to serve his four month prison sentence under house arrest in Sweden, it seems the current Pirate Bay organisers are planning to put copies of their database onto servers in the sky - on "small airborne drones" connected to the mobile internet - that would have to be literally “shot down” to take the site offline. A blog post by a certain MrSpock on the Swedish site said: “We can’t limit ourselves to hosting things just on land anymore. These Low Orbit Server Stations (LOSS) are just the first attempt. With modern radio transmitters we can get over 100Mbps per node up to 50km away. For the proxy system we’re building, that’s more than enough. This way our machines will have to be shut down with aeroplanes in order to shut down the system. A real act of war.”