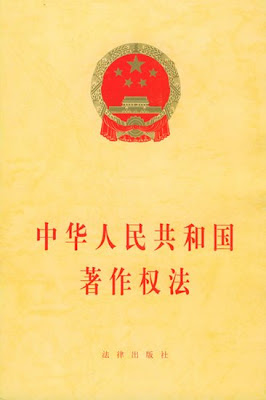 The National Copyright Administration in China has published a preliminary amendment draft to revise China's copyright laws (Copyright Law of the People’s Republic of China (modified draft)) on its official website (on March 31st). The draft has been posted to "collect public opinion and constructive feedback", and there has already been a vocal response as bloggers, songwriters and music producers (amongst others) digest the news - and many have singled out revisions to Articles 46 and 48 for criticism.

The amendment to Article 46 (which governs infringement of copyright) is interesting and says that any record producer who acts pursuant to Article 48 shall have the right to make recordings of musical works owned by another, without needing authorisation from the original owner, provided that the content had been published for three months or longer. The existing law says (and I quote from a press article) "no such work may be used where the copyright owner declares that use is not permitted". You can see the current wording of Article 46 and Article 47 here. Now if I understand that correctly surely that's what would be called 'statutory licensing'? However there is some confusion as a number of the press reports seemed to confuse the copyright in sound recordings with the copyright in the song itself, with one website reporting the proposed amendment as "Any sound recording, after being published for three months, may be used by other recording producers, according to the process provided in Article 48, to produce their own sound recording, without the permission of its copyright owner". That would be seem to constitute (at least) an automatic right to sample, and taken to an (illogical) extreme, the right to copy a recording in return for a statutory payment.

Article 48 stipulates guidelines for individuals or corporations who use this non-original content: It means producers must contact the National Copyright Administration; specify the original author and source of material; and submit a usage fee to the copyright collective administration organisations as stipulated by the National Copyright Administration (under the State Council) within one month of use. The copyright collective administration organisations will then transfer payment to relevant copyright owners.

Well know Chinese songwriters including Li Guangping, Gao Xiaosong and Wang Feng have said that they believe Article 46 will harm the interests of original music producers and songwriters, pointing to the short window before re-use is allowed with Gao Xiaosong saying “it is very difficult to popularise a new song within three months. Getting your song heard and appreciated by others is completely different from a song that has been around for years. This new amendment will encourage internet copyright infringement" but Gao Xiaosong then added in comment on his blog "The only positive by-product of this amendment is that it allows Chinese parties to record and distribute a new Lady Gaga album after it has been on the market for three months". More dramatically, Li Guangping, a renowned songwriter, wrote on his blog "Dear musicians, we are done! Who will protect our rights? The draft is really ridiculous”.

Zhou Yaping, CEO of Beijing based New Run Entertainment Co pointed out that that if the revisions to Article 46 and 48 are passed, record companies would no longer invest in large advertising spends saying that "this will harm original content producers and that there will be a weakened purchasing position for record companies when bidding to assume control of a copyright as the window is so short". Zhou also acknowledged that as Article 48 also forces users to submit a usage fee to the copyright collective administration organisations within one month after using the original content, this will strengthen the power of the Music Copyright Society of China

A new “suggestion mailbox” has been set up on behalf of Fuzhi Chenglin and Jin Zhaojun, the chairman and the standing deputy chairman of the Pop Music Society of Chinese Musicians' Association. The Record Industry Committee of China Audio and Video Association also posted on its blog that it will hold a meeting on April 9th and 10th to discuss the draft and "consolidate it's position to fight the proposed amendment".

Responding to Gao Xiaosong's blog, Ma Kun, a lawyer at Zhejiang Zeda Law Firm, said: "Copyright systems are created to balance the public interest against the private rights of those who control copyrighted materials. Every country has a compulsory licensing system. Our current copyright law includes licensing regulations for phonograms."

Meanwhile, China Daily says that the drafters of the proposal have said that they've noticed the comments and will stay open-minded to different opinions: "We are collecting public opinions until April 30 and we will take every suggestion seriously. It is still too early for us to make any comment," said Xu Wei from the law department under the General Administration of Press and Publication, which drafted the proposal.

and more of enforcing copyright law in China here
Posted by Ben at 1:59 pm