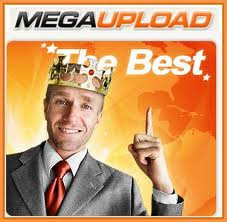 Courtesy of the Hollywood Reporter we have the most public and amusing 'exchange of opinions' yet between the new internet entrepreneurs and the content industry: In the blue Corner .... welcome Kim 'Dotcom' Schmitz, 38 year old boss of MegaUpload, currently on bail in New Zealand awaiting extradition to the USA and now an internet freeedom fighter ..... and in the Red Corner, Bruce 'Web$tarr' Leddy, Hollywood writer and director, and a man with eyes on Dotcom's millions. Here's their rather interesting  exchange of letters:

The Internet frightens you. But history has taught us that the greatest innovations were built on rejections. The VCR frightened you, but it ended up making billions of dollars in video sales.
You get so comfortable with your ways of doing business that any change is perceived as a threat. The problem is, we as a society don't have a choice: The law of human nature is to communicate more efficiently. And the economic benefits of high-speed Internet and unlimited cloud storage are so great that we need to plan for the day when the transfer of terabytes of data will be measured in seconds.
Businesses and individuals will keep looking for faster connectivity, more robust online storage and more privacy. Transferring large pieces of content over the Internet will become common -- not because global citizens are evil but because economic forces leading to "speed of light" data transfer and storage are so beneficial to societal growth.
Come on, guys, I am a computer nerd. I love Hollywood and movies. My whole life is like a movie.
I wouldn't be who I am if it wasn't for the mind-altering glimpse at the future in Star Wars. I am at the forefront of creating the cool stuff that will allow creative works to thrive in an Internet age. I have the solutions to your problems. I am not your enemy.
Providing "freemium" cloud storage to society is not a crime. What will Hollywood do when smartphones and tablets can wirelessly transfer a movie file within milliseconds?
The very powerful and the very stupid have one thing in common. Instead of changing their views to fit the facts, they try to change the facts to fit their views. The fact remains that the benefits of Megaupload to society outweigh the burdens. But instead of adapting, you imported one of your action-conspiracy movie scripts into the real world. In my view, MPAA CEO and former Sen. Chris Dodd lobbied his friends in the White House to turn me into a villain who has to be destroyed. Due process? Rule of law? Eliminate me and my innovation and worry about the consequences later. Never mind that millions of Megaupload users lost access to cloud data like their wedding photos. Well done, Hollywood, everyone with similar innovations got the message. But wait … You did not read the end of the script.
The people of the Internet will unite. They will help me. And they are stronger than you. We will prevail in the war for Internet freedom and innovation that you have launched. We have logic, human nature and the invisible hand on our side.
As you should have known, our Mega services operated within the boundaries of the law. We had users that spanned from the military to Hollywood to lawyers and doctors. If you are unhappy with that, it is up to you to convince Congress to amend legislation. You tried with SOPA and you failed. As an alternative, you chose to lobby the Justice Department to ignore the law and stage a global show of force and destruction. The only parties a New Zealand court has found to have violated the law in this case are the local police and the FBI.
Regardless of the issues you have with new technologies, you can't just engage armed forces halfway around the world, rip a peaceful man from his family, throw him in jail, terminate his business without a trial, take everything he owns without a hearing, deprive him of a fair chance to defend himself and do all that while your propaganda machine is destroying him in the media. Is that who you want to be?
There can still be a happy ending. I am working on solutions. Just call me or my lawyers. You know where to find me. Unfortunately I can only do lunch in New Zealand.
This open letter is free of copyright. Use it freely. 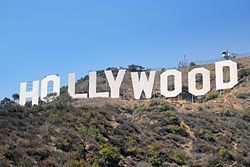 And in reply, Hollywood director Bruce Leddy, director on the ABC/TBS Cougar Town, penned this to the Hollywood Reporter. Bruce also wrote and directed the feature film The Wedding Weekend and wrote for madtv.


I read your  letter to Hollywood in The [Hollywood] Reporter, and I'm so happy you want to be friends! I mean, I'm just an average working "Hollywood" guy and I don't have any multimillionaire friends with mansions and Rolls-Royce Ghosts, so being buddies with you would make me soooo much cooler! All this stuff in the press about "who created what" and "who should make money off of whose hard work" is so boring, isn't it? Let's just agree to disagree! BFFs!


I am worried about your assets, though. While you're under house arrest, who's taking care of the mansion and all the sports cars that were purchased with the profits you made -- allegedly! -- from posting Hollywood movies and TV shows on the Internet? Rust can build up quickly on helicopters, so do be careful!
Hey, if you're not available for a while, would you mind if I borrowed one of your super-luxury cars? I mean, when you think about it, they kind of belong to all of us writers, producers, directors, cast and crew who work hard every day to make movies and TV shows but are clearly not as clever as you are about landing the big money by posting other people's products online. I've been working here for 20 years, but I still don't have even one Lamborghini! (I know, embarrassing, right?) It would really mean a lot to me and my family if I could drive around town in one of those bad boys.
Your story is so inspiring. To earn hundreds of millions of dollars without actually ever making anything is just so cutting-edge and futuristic! Hollywood is so "dark ages." In the future, everyone should be like Megaupload: free to profit from what anyone makes, writes, creates, designs or owns in whatever way they can. I say, if Hollywood is going to spend all this time and effort making these movies and TV shows, employing hundreds of thousands of hardworking Americans and union members and then letting a guy like you become a multimillionaire off its work, it's our own damn fault! Holy cow, are we dumb! LOL.
I'm reminded of this guy who found a whole lot of brand-name jeans in a poorly guarded warehouse and then resold them for cheap out of the back of a truck. So smart, right? He didn't have that annoying overhead of making the jeans or of building a store to sell them from. Pure profit, baby! Only bummer was, there aren't any countries where that isn't illegal, so now he's up the river. Boo, FBI!
Personally, I'm tired of being a chump and writing and directing stuff for a decent wage when I could just as easily "share" other people's stuff on the Internet and make huge money off it. So I've decided to start selling all your property on eBay, beginning with your pile of luxury cars. That Mercedes Brabus SV12 alone will easily pay for my kids' college tuitions. I mean, sure, they don't technically belong to me. But if I can find a country where they don't really have rules about that kind of thing yet, I'm going to be living large! Probably change my name to Bruce Web$tarr. Extra "r" for extra RICH! You like it?
And hey, you're right; your life is like a movie. In fact, pirate movies have made like a bazillion dollars recently, and I bet we can get Depp or Cruise or someone on board. Let me know when you're going to be free next, and we'll grab a bite to discuss. I hear New Zealand is lovely. -- Bruce Leddy (aka Bruce Web$tarr)

The Hollywood Reporter can be found here
Posted by Ben at 1:20 pm

Of-course it is ok for the 'owners' to fudge the books and not pay creators as it is for Publishers.

No one ever discusses the losses to the creators by the actions of their own ;-)

BTW.......... has anyone ever seen a statement by a Publisher, a collection/distribution org., Union royalty distribution, et al where the accounting is form the gross amount of income at source to the actual payment?

“There is ultimately no way to defend an idea (read “intellectual property”) against being shared by others. If you monetize the idea itself in 21st century, you will lose. Money is made by doing, not thinking. Those who act upon ideas profit. Those who do not act, do not profit."

The second writer Bruce Leddy is making the mistake of confusing ideas or pieces of information for property. See: https://sharingisliberty.wordpress.com/tag/intellectual-property/ Even if I properly respond to his fallacious accusations, Kim didn't even use other people's stuff. He used his own stuff. They were HIS copies (or the uploaders' copies). He didn't use Bruce Leddy's copies.