Protecting cuisine in Italy: photographs of dishes and recipes in recent case law

Among other things, what kind of protection (if any) is available to photographs of dishes and recipes?

Here’s what they write:

“In recent years, the food & beverage industry has undeniably risen to an ever more determining role among professionals of the legal world for the issues that it presents daily and submits to the attention of courts and law experts.

We refer to an industrial field which involves a significant share of the domestic market and accordingly an extremely large number of businesses that operate every day by offering more and more diversified and innovative services which, consequently, draw attention to problems and topics that have not been faced ad discussed so far.

To quote some figures disclosed by Federalimentare – the Italian Association of the Food Industry – during the presentation of its annual accounts of 2014 and of the outlook for 2015, the Italian food industry is the second segment in Italy’s manufacturing industry with a turnover of 132 billion, more than 58,000 businesses, 385,000 direct workers and 850,000 employed in farm production, with a growth outlook in 2015 of (+0.3%) in terms of consumption, (+1.1%) in terms of output and (+5.5%) in exports.

This performance was also and mostly achieved thanks to the positive trend generated by Expo 2015 and by the so-called “Italian sounding” effect which allows the Italian food industry to rank unquestionably among the world’s best.

The purpose of this post is to identify new legal developments facing cooking blogs, particularly with regard to photographs of dishes and culinary recipes.

We believe that this kind of photographic works may receive protection as creative works, where they  display sufficient originality. In other words, as well-known court decisions established, “the photographer’s reproduction modality must convey an additional and different message than the material crystalised representation, thus rendering a personal interpretation capable of making one work stand out among others having the same subject matter” (Court of Roma, 2 August 2003 and Court of Milan, 7 July 2011, all available on www.darts-ip.com).

Thus, “the requisite of the creativity of the photographic works subsists anytime authors did not merely reproduce reality but inserted his imagination, taste, or sensibility in the shot to convey their emotions” (Court of Milan, 6 March 2006, on AIDA, 2007, page 792, and Court of Milan, 7 July 2011, published on www.darts-ip.com).

The Court of Milan recently delivered a decision on the specific protection of cooking blogs (Court of Milan, 10 July 2013, n. 9763, published on www.darts-ip.com).

The judgment of the Milan Court basically dealt with the uncommon issue of whether a kitchen recipe may be protected by copyright – specifically a homemade kind of preserved meat – posted on a cooking blog.

In fact, the topic under review did not concern essentially the contents of the recipe or the specific combination of ingredients to make a specific food, but rather the manner to post a preserved-meat recipe.

The Court – and the authors of this article – regarded this form of expressive representation of the recipe as deserving protection as a creative work. 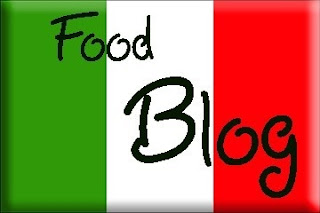 Specifically, according to the Court, protection afforded by copyright “is based, in fact, not on the contents of the recipes of the various kinds of preserved meats or of the instruction to the various preparation steps, but rather on the form of expression that needs to be regarded as relevant for the purposes of the requested protection.  It includes both the language and the exposition of the elements that make up the texts – albeit of simple construction – and the material result of the activity to search and select elements that are considered relevant and important. In the case under review, these form the most significant element of originality that reveals the subsistence of an albeit minor – as is standard practice in the field of copyright – personal contribution of the author, which is not restricted to the mere schematic exposition of elements that are already known and fully available to any party”.

The quoted decision could at first sight appear an isolated case of minor importance in the industry under review. However, it could potentially become a genuine precedent capable of opening the way to many judgments on similar cases.

Moreover, although this decision specifically concerns information on a cooking blog, it could be used as starting point for the protection of creative internet contents of many companies that operate in the food industry, for instance companies – nearly all today – that dedicate much of their internet pages to the description of their products, which will thus rely, not only on the protection against unfair competition, but also on the protection granted by provisions on copyright."
Posted by Eleonora Rosati at 9:38 am

On the other hand, if you are looking for judicial precedents on the subject of copyright and cooking, let me share the following passage of the landmark Navitaire vs. EasyJet 2004 case (http://www.bailii.org/ew/cases/EWHC/Ch/2004/1725.html ) about software protection, where Justice Pumfrey made a great analogy between software and recipes protection to illustrate that protection lies on the expression of the source code / recipe itself, not on the functionality / result of the work:

“125. This does not answer the question with which I am confronted, which is peculiar, I believe, to computer programs. The reason it is a new problem is that two completely different computer programs can produce an identical result: not a result identical at some level of abstraction but identical at any level of abstraction. This is so even if the author of one has no access at all to the other but only to its results. The analogy with a plot is for this reason a poor one. It is a poor one for other reasons as well. To say these programs possess a plot is precisely like saying that the book of instructions for a booking clerk acting manually has a plot: but a book of instructions has no theme, no events, and does not have a narrative flow. Nor does a computer program, particularly one whose behaviour depends upon the history of its inputs in any given transaction. It does not have a plot, merely a series of pre-defined operations intended to achieve the desired result in response to the requests of the customer.

126. The view in favour of Navitaire's case is expressed concisely by the authors of The Modern Law in paragraph 34.64 (I have assumed that when they speak of 'obtains…from the original program' they do not mean obtain directly, but indirectly from watching the program work):

For instance, the writing of a financing program may require as part of the task a careful elucidation of the relevant tax regulations—so that they may be reduced to a series of unambiguous statements—and it will be evident to any lawyer that this alone will probably involve a very large amount of work. A competitor might write a program of his own in a different computer language and arranged in a different way and with many improvements of his own but if he obtains the rules for calculating the tax from the original program instead of working these out for himself it is hard to see why he should not be considered a plagiarist.

127. There is a counter-example that throws some light on the nature of the problem. Take the example of a chef who invents a new pudding. After a lot of work he gets a satisfactory result, and thereafter his puddings are always made using his written recipe, undoubtedly a literary work. Along comes a competitor who likes the pudding and resolves to make it himself. Ultimately, after much culinary labour, he succeeds in emulating the earlier result, and he records his recipe. Is the later recipe an infringement of the earlier, as the end result, the plot and purpose of both (the pudding) is the same? I believe the answer is no. “

A great analogy in my view!.