The Copykat: what Tibbie has to tell us this Monday

This blog post is the first written by our new intern, Tibbie McIntyre.

“And if you hurt me – Well, that’s okay baby, only words bleed”


Ed Sheeran won’t be quoting his international hit ‘Photograph’ anytime soon in relation to his current lawsuit in front of a California federal court.


Ed Sheeran et al are currently attempting to have the ‘Photograph’ case - worth $20m - dismissed on administrative grounds. Sheeren’s hit, ‘Photograph’ is alleged to infringe ‘Amazing’, recorded and released by Matt Cardle, winner of the 2010 season of The X Factor. 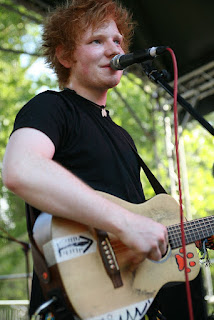 As a lawyer, solving your client’s issues quickly and cost-effectively is the best way to keep them happy. That’s why the initial litigation strategy employed by most defending lawyers is to attack the basis of the complainant’s claims. Where a defendant is said to be infringing a patent, her lawyers will probably try to argue that there was never any patent in the first place. In copyright cases – the same holds true – with one side probably arguing that copyright never subsisted in the work in question.

In this particular case, Sheeran’s lawyers have plead to have the case dismissed, asserting – as filed on 7 October – that the lawsuit consists of “vague, disorganized, redundant, argumentative and scandalous allegations”, which “defy the most fundamental pleading requirement of providing short, concise and plain statements”. The second prong of attack taken by Sheeran’s lawyers is to take issue with “unduly vague allegations that “certain Defendants” performed certain unspecific acts without any effort to distinguish between the eleven different Defendants”.


With the ‘Blurred Lines’ decision having been roundly criticized since its release because no melody or harmony features were similar in either of the two songs, attempting to have the case dismissed at this early stage is a prudent move from Sheeran’s lawyers. The original complaint in Sheeran’s case states that the alleged copying was “on a breathtaking scale” and was in fact “in many instances, verbatim, note-for-note copying.” We will watch this case with interest.


The doctrine of exhaustion of distribution rights in computer software does not apply to back-up copies (copies held on a non-original medium).


The Court of Justice of the European Union (CJEU) ruled on October 12 that the doctrine of exhaustion of distribution rights in computer software does not apply to back-up copies.

Ranks et Vasiļevičs is a case concerning two Latvian nationals who are alleged to have sold copyright-protected Microsoft software on an online marketplace between 29 December 2001 and 22 December 2004 (see also here).


The questions put before the court were “whether Article 4(a) and (c), and Article 5(1) and (2), of Directive 91/250 must be interpreted as meaning that the acquirer of a used copy of a computer program, stored on a non-original material medium, may, under the rule of exhaustion of the rightholder’s distribution right, resell that copy where (i) the original material medium of that program, acquired by the initial acquirer, has been damaged and (ii) that initial acquirer has erased his copy or ceased to use it.”


Essentially, the court’s ruling states that:

The CJEU emphasizes that the rightholder has an exclusive reproduction right under Art 4(1) of Directive 91/250. Exceptions to this right are found in Art 5 of the Directive, therefore the initial acquirer of software under an unlimited user licence – in certain circumstances – is entitled reproduce the software. The crux of this case is that the CJEU states that exceptions to exclusive rights must be interpreted strictly, according to settled case law of the Court (Painer, C‑145/10, paragraph 109).


The Electronic Frontier Foundation (EFF) is preparing comments in response to the U.S. Copyright Office’s request for additional comments in connection with its ongoing study on the “anti-circumvention” provisions of the Digital Millennium Copyright Act (DMCA). 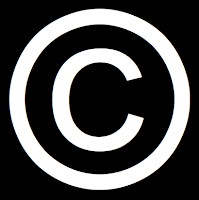 As reported here by Ben, under Section 1201 of the DMCA, people attempting to fix a broken object subject to some sort of protection measure can be sued for violating copyright law. The consequence being that manufacturers can hold consumers to ransom – dictating who can fix consumer products and how much consumers need to cough up for the privilege.


"In practice, the DMCA anti-circumvention provisions haven’t had much impact on unauthorized sharing of copyrighted content. Instead, they’ve hampered lawful creativity, innovation, competition, security, and privacy. … People are realizing how important it is to be able to break those locks, for all kinds of legitimate reasons. If you can’t tinker with it, repair it, or peek under the hood, then you don’t really own it—someone else does, and their interests will take precedence over yours.”

EFF is drafting comments that it hopes will result in a strong and practical set of recommendations. You may read more the issue or sign the petition here, and read more on how to contribute your own thoughts/ideas to the Copyright Office here.

Posted by Marie-Andree Weiss at 5:54 pm