The Commission of European Affairs of the French lower Chamber, the Assemblée Nationale, examined last week a report on copyright protection in the European Union (EU), written by Representatives Marietta Karamanli and Hervé Gaymard (the Rapporteurs).


The Commission published on September 14 its proposal to update the EU copyright laws, which include a proposal for a Directive on Copyright in the Digital Single Market  (see here for Eleonora’s review on the IPKat blog). The Representatives’ report was written before the Commission publication, but it anticipated the proposals. The Rapporteurs, however, do not seem quite interested in change. They do not believe it is necessary to modify Directive 2001/29, the InfoSoc Directive, and even believe it would be “inauspicious,” as the InfoSoc Directive“ does not constitute an obstacle to the construction of a large digital single market” as envisioned by the European Commission. 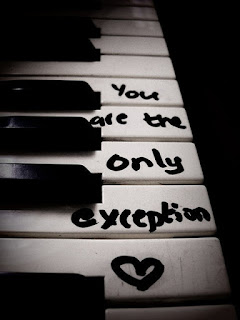 
The Rapporteurs are against mandatory harmonization of exceptions of the rights of reproduction and communication to the public in all the Member States, as it had been recommended by Julia Reda’s report, because “[n]ational flexibility in this field is a prerequisite for the development of a stable environment for creators and conducive to creativity.”


During the October 18 meeting of the Commission of European Affairs (video is here), Hervé Gaymard stressed the importance of strictly supervising these exceptions (encadrement strict), which choice and implementation, according to him, are best left to the Member States


As of now, the InfoSoc Directive lays out twenty exceptions to the exclusive rights of copyright holders which Member States may or may not chose to implement in their laws. The InfoSoc Directive’s only mandatory exception is laid out in its article 5.1., which directs Member States to exempt from the reproduction right temporary acts of reproduction which sole purpose is to enable a transmission in a network between third parties by an intermediary, or a lawful use, such, for example, “caches” and other technical copies made by users of computers for faster access by websites. Articles 5.2 and 5.3 of the Directive provides a list of exceptions which Member States may choose to implement. Recital 32 of the InfoSoc Directive specifies that this list of optional exceptions is “exhaustive.”


This led to Member States having quite a different copyright framework. We saw last week that France recently, but somewhat reluctantly, implemented the ‘freedom of panorama’ law in its IP Code. Other Member States implemented this exception more broadly, or not at all.


The EU Commission noted in its 2015 Communication towards a modern, more European copyright framework that:


“[t]he fragmentation of copyright rules in the EU is particularly visible in the area of exceptions. The exceptions set out in EU law are, in most cases, optional for Member States to implement. Often exceptions are not defined in detail. As a consequence, an exception in the law of one Member State may not exist in a neighbouring one, or be subject to different conditions or vary in scope. In some cases the implementation of a given exception in Member States' law is narrower than what EU law permits. Most exceptions do not have effect beyond a given Member State. “


New mandatory exceptions may be ahead. Article 3.1 of the proposal for a new Directive would create a mandatory exception “for reproductions and extractions made by research organisations in order to carry out text and data mining of works or other subject matter to which they have lawful access for the purposes of scientific research.” This new exception was discussed at the October 18 meeting, and Hervé Gaymard is favorable to it, but only if it leads to non-commercial works.


Article 4 of the new directive would provide an exception for “the digital use of works and other subject-matter for the sole purpose of illustration for teaching.” Hervé Gaymard declared to be favorable to this exception, as MOOCs must be allowed to develop, but only if in accordance to the French law and if it is not, for example, detrimental to the French school books market.


Article 5 of the new Directive would provide an exception for “cultural heritage institutions, to make copies of any works or other subject-matter that are permanently in their collections, in any format or medium, for the sole purpose of the preservation.” Hervé Gaymard is in favor of this exception, which would benefit France’s patrimony.


Mr. Gaymard concluded that the Rapporteurs were in favor of new mandatory exceptions, but only if they were they are framed, proportionate to the aim pursued and if they are not detrimental to creators’ income.


The Rapporteurs are suspicious of the American fair use, because it is unpredictable and “potentially unfavorable to creation” and is even “likely to cause significant damage to the authors.” The authors cite the Hargreaves Review of Intellectual Property and Growth as a proof of the “potentially harmful nature” of fair use. Indeed, this report had concluded that the UK was better off without fair use, as “significant difficulties would arise in any attempt to transpose US style Fair Use into European law “(see paragraph 5.19 of the Hargreaves Review).


The Hargreaves Review supported the use of the exceptions system as applied in the EU, rather than the US fair use system, although interpreting this report as saying that fair use is of a “harmful nature”, as the Rapporteurs did, may be a bit of a stretch. The Hargreaves Review presented some of the positive aspects provided by fair use, which the Rapporteurs chose not to report. One of the positive aspects of fair use reported by the Hargreaves Report is that it allows US judges “to take a view as to whether emerging activities in relation to copyright works should legitimately fall within the scope of copyright protection or not” without the need of the intervention of the legislature. One can understand that the Rapporteurs are not keen on giving such powers to the French courts. France is, after all, a civil law country, not a common law country.


Finally, the Rapporteurs “welcom[ed] the proposal for a regulation for cross-border portability of content, which will allow users to enjoy, wherever they are in the territory of the Union, the programs to which they subscribed in their State of habitual residence. But they stress the idea that portability should be strictly temporary, and that temporality must be a precise definition, without which the settlement would disproportionately infringe the principle of territoriality of rights, which is the base of the financing system for the creation, notably in France.”


This is only the start of the discussion about the EU Commission proposals. Stay tuned…


Picture courtesy of Flickr user Cata Fuentealba under a CC BY 2.0 license.
Posted by Marie-Andree Weiss at 6:33 pm