Fair Use… The Final Frontier?

The Central District of California Court will hear on December 19 both parties in the Paramount v. Axanar case. Plaintiffs Paramount Pictures and CBS Studios are moving for partial summary judgment for direct, contributory and vicarious copyright infringement claims against Defendants Axanar Production and its owner Alec Peters. Defendants are moving for summary judgment. Hat’s tip to Ars Technica for providing the link to these two motions. 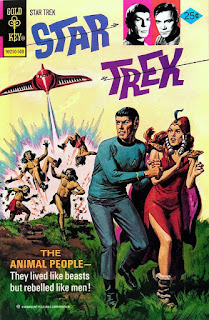 Defendant’s short movie is a prequel to the original television series and movies. Defendants call it a “mockumentary, ”with direct interviews of characters, in “a style never before used by either Plaintiffs or in any other Star Trek fan fiction” (Defendants’ motion p. 10). It features Klingons, Vulcans, and some other characters originally created for the CBS television series. Axanar is a battle between the United Federation of Planets and the Klingon Empire which was won by one of Captain Kirk’s hero, Starfleet Captain Garth of Izar. CBS will premiere in 2017 a new Star Trek series, Star Trek: Discovery, which will be a prequel to the original series, taking place about twenty years before Captain Kirk took command of the U.S.S. Enterprise.


Let’s first note that both of the Defendants’ movies are crowd-funded. The issue of whether the individuals who contributed to finance these movies, and the crowdsourcing platform, could be sued for contributory infringement would make a fun “additional question” in a copyright law exam.
As the full-length Axanar movie has not been made yet, let alone released, Defendants are claiming that Plaintiffs‘claims with respect of the full length movie are premature, as the Court cannot compare the two works for similarities to decide whether or not there is infringement. The movie’s script is still evolving, and thus the dispute is not ripe. Defendants cite in their motion several cases where courts refused to review drafts to determine substantial similarities (Defendants’ motion p. 15).


Copyright Infringement Claims
Plaintiffs are claiming that Defendants’ works are substantially similar to the original Star Trek works and that Defendants‘works are not fair use. Plaintiffs claim that these works are not “fan films” but rather unlicensed professional productions, and that they take place in the “alien star systems created by Plaintiffs, on spaceships belonging to the United Federation of Planets, on Klingon battlecruisers fighting the Klingon Empire, and on planets such as Qo’nos, Vulcan and Axanar” (Plaintiffs’ motion p. 21 and 22).
Defendants are arguing that their works are not substantially similar to Plaintiff’s works and that Plaintiffs, while owning a limited number of Star Trek episodes and films, “do not own a copyright to the idea of Star Trek, or the Star Trek Universe as a whole” (Defendants’ motion p. 7). Defendants further argue that Plaintiffs cannot claim copyright in “the general mood and theme of science fiction; names and words used in Plaintiff’s Works; elements in the public domain and nature; the Klingon language; Scènes à Faire [for once spelled correctly, I tip my hat to Defendants’ attorneys]; most specific characters; and the general costuming and appearance of, or shapes affiliated with, characters in Plaintiffs’ Works.” Once these unprotectable elements are filtered out, Defendants claim that both Plaintiffs and Defendant’s work are not substantially similar (Defendants’ motion p. 17).


Is Prelude to Axanar Fan Fiction?
Defendants are claiming that their work is fan fiction, made “to celebrate their love of Star Trek” (Defendants’ motion p. 9), and is protected by fair use. They note that there is a “longstanding tradition of Star Trek [f]an [f]iction” and that Star Trek’s creator, Gene Roddenberry, encouraged fan fiction (Defendants’ motion p. 13 and p. 14). As there is no “fan fiction” provision in the Copyright Act, fan fiction is not infringing if it is fair use. Is it the case here? 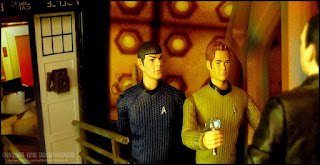 Plaintiffs claim that the use of the Star Trek characters, setting and plots are not fair use, as they are not a parody or a satire, nor were they created for purposes of criticism or teaching, and thus furthered the goals of the Copyright Act. They also argue that the use is not transformative enough to be fair use, but that, instead, Defendants have “meticulously replicate[d]” the Star Trek works. For Plaintiffs, merely setting the action of the movie in a different time is not transformative enough, as the “creation of a derivative work that is set in a (slightly) different time than the original does not constitute a “transformative use” (Plaintiffs’ motion p. 19).


Defendants are arguing that their works “are transformative-going where no man has gone before” [ah!), and feature “numerous original characters, original dialogue, a unique plot, and an unexplored timeline” (Defendant’s motion p. 8). Also, “the styling of Prelude [to Axanar] as a short mockumentary featuring first-person interviews makes it especially unique and distinctive from Plaintiffs’ Works”(Defendants’ motion p. 22).


Plaintiffs claim that Defendants’ plot is directly taken from the original Star Trek television show episode which introduced Garth of Izar and also took story elements from a Star Trek role playing game book. For them, the effect on the market, which is one of the four fair use factors, is significant, as Defendants damaged Plaintiffs’ potential market for derivative works (Plaintiffs’ motion p. 23). Defendants are arguing instead that their works have no effect on the potential market, but instead “offer free promotional value to Plaintiffs (Defendant’s motion p. 19 and p. 20).They “do not act as a substitute for Plaintiff’s work.”


Defendants are claiming that their works “are not intended to be commercialized” and that “Defendants have no ambitions of competing against Plaintiffs’ Works in movie theaters, on television, over premium streaming services or to otherwise sell their [w]orks for profits” (Defendant’s motion p. 11). In the eyes of the  Defendants, their works are protected by fair use.
I have to admit that I am wishing for more episodes of this Paramount v. Axanar saga. And you?


Captain Kirk and Spock courtesy of Flickr user Rooners Toy Photography under a CC BY-NC-ND 2.0 license.
Posted by Marie-Andree Weiss at 11:17 am