As noted by Tibbie in last the installment of CopyKat, Judge Klausner from the Central District Court of California sent the Paramount v. Axanar case off to jury trial on January 4, as he denied both parties’ motions to dismiss. Tibbie explained that the fair use defense failed. What could be next?


Judge Klausner noted that both motions “raise two core issues – whether the Axanar Works are substantially similar to the Star Trek Copyrighted Works, and whether Defendants have a valid fair use defense under the Copyright Act.” This is catnip for IP attorneys, especially IP attorneys writing for a cousin of The IPKat blog. We wrote about the Paramount v. Axanar case several times before (see here, here, and here) and it seems that 2017 will provide more opportunities for us to try to find witty [at least for us] Star Trek-related titles.


Plaintiffs in this case are Paramount and CBS Studios, which filed a copyright infringement suit against Axanar Studios and its principal Alec Peters claiming that the short movie Prelude to Axanar is an unauthorized derivative work. Axanar Studios is also planning to issue a full feature film, crowdfunded by Star Trek fans. 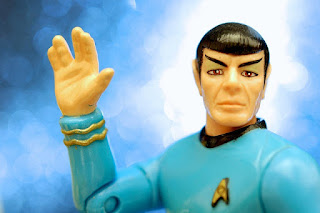 The case is not immature


Defendants were arguing that the court could not determine whether Defendants had indeed infringed Plaintiffs’ copyright without the completed Axanar motion picture, but Judge Klausner disagreed, as “evidence of a final shooting script satisfies the judicial standard for summary judgment.”


Judge Klausner noted that “the copyright infringement claim can live long and prosper if the Axanar Works are substantially similar to the Star Trek Copyrighted Works.” [Ha!]


To establish a prima facie case of copyright infringement, a plaintiff must demonstrate (1) ownership of a valid copyright, and (2) copying of constituent elements of the work that are original.


A plaintiff claiming copyright infringement must demonstrate that the defendant copied a substantial amount of elements of the protected work that are original. Courts in the Ninth Circuit use an objective extrinsic test and a subjective intrinsic test to find out whether there are substantial similarities between the works. This two-part test was first coined in the Sid & Marty Krofft Television Prods., Inc. v. McDonald's Corp. 1977 Ninth Circuit case. The extrinsic test asks if there is similarity of ideas, and analytic dissection is allowed. The intrinsic test asks if an "ordinary reasonable person" would perceive a substantial taking of protected expression. Analytical dissection is not appropriate.


Judge Klausner found the Axanar works, that is, both the short movie and the upcoming motion picture, have objective substantial similarities to the Star Trek copyrighted works, that is, the original television series and the movies. The intrinsic test “must be left to the jury.”


Defendants use elements protected by copyright


Copyright only protects original works of authorship and therefore courts must filter out and disregard the elements of a protected work which are not copyrightable. This is called dissecting and filtering. Only elements which are protectable are then being compared with the allegedly infringing work. If there is substantially similarity, there is copyright infringement. Judge Klausner noted, however, that a combination of unprotectable elements can be protected by copyright “if those elements are numerous enough and their selection and arrangement original enough that their combination constitutes an original work of authorship.”


Infringement of the character of Garth of Izar


Defendants argued that the characters and species used in their works were not subject to copyright protection. Judge Klausner disagreed, “at least with respect to Garth of Izar.” To reach this conclusion, he used the DC Comics v. Towle three-part test used in the Ninth Circuit to determine whether a particular character is protected by copyright. A character must (1) have physical and conceptual qualities, (2) be sufficiently delineated to be recognizable as the same character whenever it appears and (3) be especially distinctive and contain some unique elements of expression to be protectable by copyright.


Judge Klausner applied this test to Garth of Izar and concluded that this character can be protected by copyright. Garth appeared in the Whom Gods Destroy television episode as a live character and thus has physical as well as conceptual qualities. He is a former starship captain and he is very famous among Starfleet officers, including Captain Kirk, because he won the battle of Axanar in such an illustrious way that his exploits were required reading at the Starfleet Academy. The Garth of Izar novel published by Plaintiffs in 2003 further developed this character. As such, his “identity as a Federation hero sufficiently delineates him and sets him apart from a stock spaceship officer.”


Klingons and Vulcans species may be protected by copyright


The Klingons, long-time enemies of the Federation, stem from the planet Qo’noS. They have ridged foreheads and dark hair. Vulcans are part of the Federation, and one of their finest specimens is Spock, who, as do all his other fellow Vulcans, “suppresses emotions in favor of logic and reason.” Vulcans have pointed ears and upswept eyebrows, and males “usually have a bowl-shaped haircut.” For Judge Klausner, these characteristics of Klingons and Vulcans are not elements of expressions that necessarily follow from the idea behind the expression and may be entitled to copyright protection.


Star Trek Costumes may be protected by copyright


Judge Klausner found that several costumes from the original Star Trek works, such as a Klingon officer’s uniform, “a gray tunic with shoulder covers and a red neckpiece,” or the costume of Vulcan Ambassador Soval, an “Asian-style long robe and a drape decorated with Vulcan writing,” were similar to those used by Defendants in their works. Judge Klausner was careful to note that “[t]he artistic aspects of these costumes… can be identified separately from, and are capable of existing independently of, the utilitarian purpose of the costumes,” since utilitarian articles are not protected by U.S. copyright. However, these costumes may be protected by copyright, as “[t]he combination of artistic visual elements of these uniforms likely contains original expressions protectable under the Copyright Act.”


Settings and the Klingon language may be protected by copyright


Judge Klausner also found that the settings for the original Star Trek works, such as the planets Axanar, Qo’noS, and Vulcan, “the military spaceships including Klingon battlecruisers, Vulcan ships with an engine ring, and Federation spaceships with their iconic saucer-shaped hull (e.g., the U.S.S. Enterprise), space travel elements such as spacedocks, and Vulcan buildings – cathedrals with sword-blade-shaped domes” are protectable.


Judge Klausner also listed “the Federation, the Klingon Empire, and conflicts between the two in the Four Years War at the Battle of Axanar… , the Vulcan council, the teachings of the Vulcan philosopher Surak, the use of the Federation logo, stardate, transporters and warp drive, weapons such as phasers and photon torpedoes, and the Klingon language” as being protectable.


Judge Klausner explained that [a]lthough each of these elements may not be individually original and copyright protectable, they are “numerous enough and their selection and arrangement original enough that their combination constitutes an original work of authorship,” especially when combined with the costumes and fictional characters and species, examples of which are described above.” 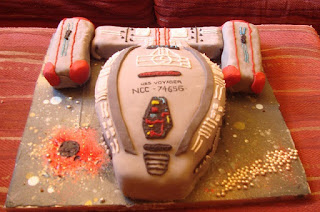 
“Excruciating details” seems to be used by Judge Klausner in place of “substantial similarity” and this cannot be good news for Defendants’ attorneys.


Defendants are not entitled to the fair use defense


Judge Klausner examined the four fair use factors to decide whether the use of the original Star Trek works by Defendants was fair and found that all the factors weighted in favor of Plaintiff.


As for the first factor, the purpose and character of the use, Judge Klausner found that Defendants’ use was not transformative, as it does not have a further purpose or different character, nor does it alter the original Star Trek works with new expression, meaning, or message, as required by Campbell v. Acuff-Rose Music. Indeed, “Defendants want the Axanar Works to supplant the Star Trek Copyrighted Works” by creating “alternative ways for fans to view Star Trek.”


Defendants argued that their works are “mockumentaries,” that is, fictions presented in a documentary form, which is a form of parody and are thus transformative. Judge Klausner was not convinced, reasoning that, under Campbell, a parody must use some elements of a prior work to create a new work that criticizes the substance or style of the prior work, and must “target the original, and not just its general style, the genre of art to which it belongs, or society as a whole.” Judge Klausner could not discern any criticism of the Star Trek Copyrighted Works in Defendants’ works.


Defendants argued that their works are not commercial because they are and will be distributed for free. Judge Klausner was not convinced by this argument either, noting that “Peters hoped to derive non-monetary benefits, for example, other job opportunities, from the Axanar Works.” Therefore, Defendants, who did not obtain a license from Plaintiffs, “profit from exploitation of the copyrighted material without paying the customary price.”


Judge Klausner also found that the second fair use factor, the nature of the copyrighted work, weighted in favor of Plaintiff as their works “have transported the hearts of a legion of fans to the Star Trek universe. …They are the type of works that are given broad copyright protections.”


Finally, Judge Klausner found that the fourth factor, the effect of the use upon the potential market, also weighted in favor of Plaintiffs, because “Defendants evidently intend for their work to effectively function as a market substitution to the Star Trek Copyrighted Works,” further noting that “[t]he fact that Defendants distributed Prelude and the Vulcan Scene for free online and intend to likewise distribute their future works may likely increase the risk of market substitution as fans choose free content over paid features.”


The ultimate, but infringing fan fiction?


Peters wanted to create “a whole new way that fans can get the content they want, by funding it themselves.” It is an interesting initiative, which tests the scope of the legality of fan fiction. The case may ultimately set a precedent to the detriment (or benefit?) of more modest fan fiction initiatives.


Image of Spock is courtesy of Flickr user JD Hancock under a CC BY 2.0 license.


Image of cake courtesy of Flickr user Claire Neill under a CC-BY-NC-ND 2.0 license.
Posted by Marie-Andree Weiss at 6:16 am