On March 9, 2017, the Tribunal de Grande Instance de Paris, the Paris trial Court found that Jeff Koons had infringed the copyright of French photographer Jean-François Bauret, as he had reproduced, without authorization, one of Bauret’s photographs to create his Naked sculpture.


Jean-François Bauret took in 1970 a black and white picture of two naked children, a boy and a girl. The photograph, Enfants (Children), was reproduced in 1975 on a postcard, and also published in 1984 in a book, both with the authorization of the author, now deceased.


Bauret’s heirs discovered in 2014, by chance, that Jeff Koons had created in 1988 a china sculpture resembling Enfants, Naked, which is part of Koon’s Banality series. The heirs sent a cease and desist letter to Koons, demanding that Naked be retired from the Jeff Koons retrospective at the Pompidou Center in Paris, presented to the public in 2014-2015. The sculpture was finally not shown there, because it had been, according to Koons, damaged when shipped to Paris. 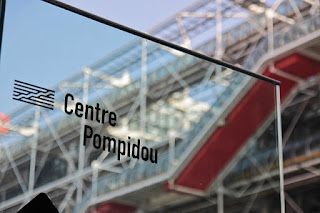 The heirs then sued Jeff Koons and the Pompidou Center for copyright infringement and damages. As Koons had created his work in the U.S., the French court declared having no jurisdiction over the alleged copying, only jurisdiction over the representation of Naked in France. The work has never been shown in France, but was included in the catalog and promotional items of the retrospective. Let’s note that Koons had to withdraw another Banality sculpture from the same retrospective, as it allegedly infringed the copyright of another French photographer (see here).


Is Enfants an original work of art, protected by French copyright?


Koons and the Pompidou Center argued in defense that Enfants was not original enough to be protected by French copyright, the droit d’auteur. The Court did not agree, citing the Court of Justice of the European Union (CJEU) Eva-Maria Painer. v. Standard Verlags GmbH et al. case [see here for Eleonora’s comment on the case], where the CJEU held that a photograph can be protected by copyright, under Article 6 of Directive 93/98, if the photograph is an intellectual creation of the author which reflects her personality. This must be verified by the national Courts, which the Paris Court undertook to do.


The Paris Court  explained that “[t]he author must be able to explain the elements which make it possible to understand his creative effort and what he claims as the imprint he has placed on this work and which stems from his personality.”


The Court noted that Mr. Bauret had built a whole corpus of work around human nudes, presented not in a sexual way, but instead as a way to live au naturel. He wanted to show in Enfants “a message of innocence and purity, without sappiness.” Mr. Bauret directed the pose taken by the two children, and the photo was not the product of a “shooting session of children playing freely.”


The Court concluded that in the photograph “an atmosphere of tenderness and purity reveals the imprint of the personality of the author.”


Is Naked an unauthorized reproduction of Enfants?


The Paris Court then compared the two works, Naked and Enfants. It found that “[t]he pose of the children is visually recognizable in the image of the Naked sculpture and the children are identifiable with the models chosen by Jean-François Bauret whose morphology is reproduced.” The Court noted that Jeff Koons had placed the children on a colorful heart-shaped pedestal, surrounded by multicolor flowers, and that, unlike in the original picture, the boy was giving flowers to the girl. Also, the tridimensional sculpture allow the viewer to turn around the work. 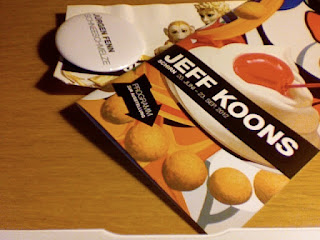 However, these differences “do not prevent recognition and identification of the models and pose chosen by the photographer which are essential protected elements of the photography.” The Court found Naked to be a composite new work, which incorporated the Enfants pre-existing work. As Koons had not sought Bauret’s permission to use Enfants, the Paris Court concluded that Naked was an illegal reproduction.


Is Naked a parody of Enfants?


Jeff Koons asserted a parody defense. Article L. 122-5 of the French Intellectual Property Code provides that the author cannot forbid certain uses of his work, parody amongst them. The Paris Court cited the CJEU Deckmyn v. Vandersteen case, where the CJEU explained that a parody must “evoke an existing work while being noticeably different from it, and, secondly, to constitute an expression of humour or mockery” [see here for Eleonora’s comment on the case].


The Paris Court did not find that Naked was a parody, noting that “it is the first time that [Koons] evokes the existence of this supposedly parodied work which he never quoted in his artistic discourse to illustrate his inspiration and he maintains that he is very distanced from it.”


Does the Paris Court interpret Deckmyn correctly? Does a parody necessarily mock the protected work which it evokes? Or can the parody evoke the protected work as a symbol of something that the parodist wants to make fun of? This is what the CJEU held in Deckmyn:


“[T]he essential characteristics of parody, are, first, to evoke an existing work, while being noticeably different from it, and secondly, to constitute an expression of humour or mockery. The concept of ‘parody’, within the meaning of that provision, is not subject to the conditions that the parody should display an original character of its own, other than that of displaying noticeable differences with respect to the original parodied work; that it could reasonably be attributed to a person other than the author of the original work itself; that it should relate to the original work itself or mention the source of the parodied work.” (My emphasis).


Naked is part of a series of sculptures named Banality. The Paris Court described the series as “a new approach of “ready-made” which reveals in a mixture of pop art and kitsch, objects related to popular culture.” The Court thus described Koons’ creative process as taking an object related to popular culture, mixing it with pop art to make its kitsch pop up. The result is a ready-made piece of art.


One can argue that such definition of Koons’ series contradicts the very conclusion of the Court about the lack of parody, even if one interprets Deckmyn as meaning that a work of art does have to parody the work it is evoking to benefit from the parody exception. The Court did not specify what Koons “reveals” (dévoile) in his series, but one can suppose the court meant to say he reveals the banality behind pop culture.


In our case, Naked brings to mind the Hummel figurines, many of which have a brother and a sister as theme (see here for example). Kitsch indeed. Koons seems to comment on it by inserting flowers, hearts, and pedestal, as banal props of cuteness.


Anyway, this case shows how courts view parody differently from both sides of the Atlantic.  In Cariou v. Prince, the Second Circuit found that it was not necessary that Richard Prince had commented on the work of Patrick Cariou for the fair use defense to be successful. It is true that the fair use defense has a much broader scope than the EU parody defense.


Jeff Koons Banality series has also provided Rogers v. Koons to U.S. copyright case law, where the Second Circuit found that Jeff Koons had infringed the copyright of the author of a photograph representing a couple holding puppies, which Koons reproduced in a sculpture. Koons had unsuccessfully asserted fair use as a defense, but, in light of Cariou, the Second Circuit would likely now find it is fair use. Ready Made artists, Appropriation artists, keep creating! Copyright law needs you.

A picture is worth a thousand words - or more....
Just post the pictures please....