French daily newspaper Libération recently reported about the legal feud between actor Brad Pitt and French artist Odile Soudant. It appears that Pitt hired Soudant to create the lightning system for the château Miraval, in the South of France, which Pitt and Angelina Jolie bought in 2008. See here for an AFP article about this story in English.


Soudant worked for many years for famous French architect Jean Nouvel, one of Pitt’s favorites, and the source of inspiration for the first name of one of his children. Soudant now has her own company, but she recently filed bankruptcy. She explained to Libération that the origin of her financial troubles lies in her long business association with Pitt. 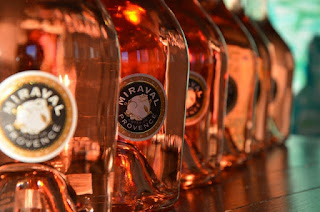 The actor asked Soudant in 2010 to design the lightning system for the castle, and she worked on the project for three years and a half. She had been given carte blanche, but the two parties did not sign a contract [collective gasp of attorneys reading this]. She signed, however, a confidentiality contract, which has prevented her so far to discuss her work.


At one point during the completion of the work, according to Libération, Soudant’s company had to advance the cost to complete the work and pay the contractors and the vendors, causing cash flow problems. Soudant contacted Pitt several times, asking him to provide the funds necessary to pay the project-related bills so that the project could be completed. The cash flow issues jeopardized the financial equilibrium of her company, which eventually went bankrupt.


Last April, the Paris Court of appeals ordered one of Pitt and Jolie’s companies, the société Château Miraval, to pay  565 000 euros to Odile Soudant, 60 000 euros of which to compensate for damages to her image and reputation.


We will not discuss this complex contractual issue, but only the copyright issue created by this situation. Indeed, according to Libération, Soudant was abruptly asked to leave in 2014, before being able to finish her work, which was completed by one of her former assistants.


Who owns the copyright in the works?


The lightning of a building can indeed be protected by the French copyright, the droit d’auteur. The Cour de cassation held on March 3, 1992, with respect to the lighting of the Eiffel Tower, that the “games of light designed  to reveal and emphasize the lines and forms of a monument constitutes an original visual creation and are thus a work of the mind.”


Libération quotes the testimony of an architect who took part in the project, saying that “the ideas for the lightning came chiefly from Mr. Pitt himself, who is passionate about architecture and knew what he wanted to achieve.” Pitt’s lawyers told Libération that Pitt considers himself to be the author of the work.  In that case, it would not matter who completed the work, Soudant or her former assistant, because both would be mere workers working under the absolute direction of Pitt, the sole author. Soudant, instead, considers her to be the author of these original works and told Libération that she did not gave away any of her intellectual property rights.


Who has the right to reproduce the works?


Pitt’s lawyers told Libération that the château Miraval is a private space, and therefore there are no issues over the rights to the image of the work. They must be referring to the French right to image of one’s goods, including buildings that one owns. The Cour de cassation had first held, in its March 10, 1999 Café Gondrée decision, that “the owner [of a building] has the sole right to exploit his right in any form whatsoever,” including the right to authorize taking a photograph of a building. However, the Cour de cassation en banc (Assemblée Plénière) held on May 7, 2004, that “the owner of a good does not have an exclusive right over its image”. This means that, while Pitt and Jolie own the château, they cannot forbid people taking pictures of it.


But do they own the copyright in the lighting of their humble abode? If they do not, and if Soudant owns it, she alone has the right to authorize its reproduction. Libération notes that the Guerlain advertising campaign film featuring Jolie was shot at Miraval, and that the actress is seen going down the stairs, which she owns with Pitt, in a flow of light designed by Soudant… or is it by Pitt?


Is the lightning system the sole work of Soudant, or a collective work authored by Soudant or Pitt, or is it a composite work, first created by Soudant, then incorporated in a new work? Let’s hope for copyright-related sequel to the Paris Court of appeals contract case.


Photo is courtesy of Flickr user Patrick Gaudin under a CC BY 2.0 license.
Posted by Marie-Andree Weiss at 6:24 am

Sorry to be a pedant, but I was very confused by the references to "lightning" throughout. I understand you meant "lighting".