Where copyright cuts no Ice: scaling back compilation protection in Australia

"Although the High Court did not make any findings on the extent to which copyright subsisted in the weekly schedules because of admissions made by Ice, it seems clear from the findings made on infringement that there has been a scaling back of the protection which Australian copyright law provides to creators and publishers of compilations. This may prompt affected organisations to lobby for amendments to the legislation to introduce database rights in Australia similar to those which exist in the United Kingdom. 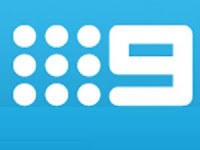 At a practical level, creators of compilations should consider whether they do, or can, express their compilations in an original way. The greater the original productive thought which has gone into determining the particular form in which the facts are expressed in a compilation, the greater the protection. There may be some factual compilations which, by their very nature, cannot be expressed with any level of originality and so they will not be protected by copyright law.

Note by Warwick Rothnie (ipwars.com) here
Posted by Jeremy at 8:32 am