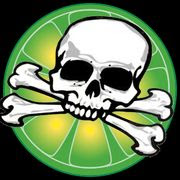 Less than two weeks after Judge Kimba Wood in the federal District Court in Manhatten ordered a halt to distribution of the file-sharing software application LimeWire, TorrentFreak reports that a "secret" development team has reengineered the software and released it back onto the Internet as the new and seemingly improved “LimeWire Pirate Edition” which is based on the LimeWire 5.6 beta released earlier this year. TorrentFreak say “LimeWire is back as good as new” with “a few significant changes which make it better and more streamlined than before”. A source told TorrentFreak that after the court’s decision “a horde of piratical monkeys climbed aboard the abandoned ship, mended its sails, polished its cannons, and released it free to the community” adding “All dependencies on LimeWire LLC’s servers have been removed, all remote settings have been disabled, the Ask toolbar has been unbundled, and all features of LimeWire PRO have been activated for free”.