Hyperlinks, making available and the 'new public' -- or just a dead end? 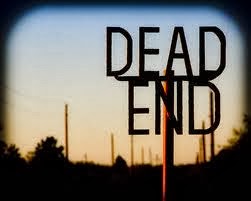 Here's a provocative piece from Pekka Savola (@PekkaSavola, Legal Counsel at CSC-Scientific Computing Ltd and a researcher at University of Helsinki, Finland. Pekka has 15 years of technical background in internet working, including a degree of Licentiate of Science (Technology). He also has a Master of Laws degree and is currently putting the finishing touches to a doctoral thesis on using ISPs as a copyright enforcement mechanism. Pekka also has an article discussing hyperlinking from a blocking injunction perspective pending publication in EIPR.   This is what he has to say:

Did the CJEU just turn to a dead end in hyperlinking with Svensson?

The Svensson ruling: much anticipated and discussed

the CJEU judgment in Svensson (C-466/12) of 13 February 2014 ruled that a clickable hyperlink (as well as a framing link) to an authorized publicly available work does not infringe the communication to the public right because the public is not new.

The answer to the referral questions had been widely speculated and advocated in a number of papers, including at least (plus numerous blog entries and other commentaries):

Essentially the ALAI report, Ginsburg and Tsoutsanis advocated that hyperlinking can, as a form of making available, be infringing. The first two do not address the 'new' public and they start off from prima facie infringement. The biggest problem is trying to distinguish linking to web pages and linking to protected files. They fail to see that web pages are also protected works and technically 'files', and that a broad application leads to absurd situations that cannot be mitigated by copyright exceptions (at least in EU). Tsoutsanis used the new public criterion as a form of flexibility, although he had a more critical approach to framing links compared to the Svensson ruling. The ECS opinion failed to address 'making available' at all, and the last one barely touches on it. These two took a much more liberal stance.

The CJEU's approach builds on the making available right, but leverages the new public requirement as the safety net. Is this good news? It is a relief against the backdrop of the ALAI opinion. That is, the ruling could have been worse. In the short term it might also be sufficient. But in the long term, the grounds appear to be worrisome. Particularly disappointing is the failure of the CJEU to substantiate why hyperlinking is 'making available'.

The can of worms opened by Svensson

CJEU issued its Svensson judgment without the opinion of an Advocate General. This is unfortunate, as an AG's opinion would likely have provided more research and contemplation on the implications of the decision. This would have been helpful for subsequent rulings.

What are the loose ends opened by Svensson? I will name a few; there are others.

1.      Hyperlinking is considered making available through 'providing direct access to works' so that the public may 'access [the work]' without any real substantiation (paragraphs 18–20). This is a dead-end for the argument that hyperlinking acts as a mere indication of (easily accessible) source.

2.      'New public' is dependent on what the original author took into account (para. 24). This may lead to issues where the author's intention, ie. a mental element, must be examined. Luckily, the CJEU stated affirmatively that the intention is given when the work is published openly on the internet (para. 27).

3.      The ruling only addresses scenarios where the initial communication to the public has occurred with the author's authorization. E contrario this line of argument would seem to strongly imply that the 'new public' criteria would always be met and result in infringement when the source is unauthorized or illegal. However, the linker cannot know if the target page or resource has been communicated to the public with or without authorization (and by whom). As such linking might later turn out to be illegal unless this would apply only to obviously unauthorized sources. (Martin Husovec also notes that authorized communication to the public is at least in theory narrower concept than legal publication eg. due to a copyright exception.)

4.      Circumventing the restrictions is not discussed adequately (in para. 31). I suppose that the CJEU wanted to defer the argumentation to the pending referrals, especially C More Entertainment (C-273/13). It should be required that restrictions must be efficient enough. (Circumventing restrictions sounds a bit circular, doesn't it?) Most reasonable and efficient restrictions cannot be circumvented by linking, though they could be with other means, eg cookies. The exception are where the authorization token is included in the URL, but those are not very interesting from this perspective. Linking must not be deemed infringing by accident. For example, a stable link to an article behind a paywall should still be OK as a neutral reference; it should be the original author's responsibility to ensure that the restrictions work.

5.      The judgment seems to imply (in para 31) that the author may later withdraw authorization by removing the work or restricting access to it. The former is an easy case, as no infringement could, it is hoped, occur due to referring to something that no longer exists. The latter could lead to problems if interpreted in such a fashion that a formerly legal link would transform to an illegal link through the acts of the author (e.g. if a disclaimer or a restriction that would not break existing links was sufficient). Suffice it to say that such withdrawal of authorization must be done so that previously legal links would stay legal by ceasing to work.

6.      The judgment keeps repeating clickable links, even though that detail is irrelevant in the argumentation chosen. Superficially embedded links would not be covered. The arguments would seem to apply to those as well, however.

Essentially the judgment was based on the new public safeguard which will fail in some cases. Taking for granted that hyperlinking as such is 'making available' of a work seems shortsighted. It may be difficult for CJEU to later rule – if (or when) 'new public' approach comes to a dead-end – that hyperlinking in fact is more like a reference, not providing direct access to the work. In my view, hyperlinking could be considered (at most) indirect making available of a work.

The party who makes the work directly available (ie. offers it to the public) as originally contemplated in the WIPO Copyright Treaty is the person who puts the work on to a server, from which a member of the public may access it. There is has been no serious substantiation to the allegations that merely providing a reference to a work or (at most) indirectly making it available through a hyperlink (eg to a webpage) should or must be interpreted to fall within Art 3(1) of the InfoSoc Directive. While such an interpretation is possible, such a blanket statement would be unfortunate and a more nuanced analysis would be needed.

Why did the CJEU not ask for an AG's opinion that might have discovered these loose ends and avoided the pitfalls in advance? Maybe the solution seemed very simple. As H. L. Mencken said, “For every complex problem there is an answer that is clear, simple, and wrong.” The CJEU apparently failed to think of the implications the line of argumentation would have.

Let us hope a way out will be found.

This decision - and much of the discussion leading up to it - looks (to me) like an attempt to force on the web intuitive models formed by non-technical people that are (a) technically incorrect; and (b) unstable.

The problem is that at its most basic level all a "link" is, is a bit of markup that indicates an address where a work might be made available by whoever it is who operates the relevant website. It is a textual statement that a work might be found in a particular place.

How is it (in principle) different from my writing "you can find a copy of The Hobbit in Pagwell Central Library" or even "if you google for you will find..."?

The argument, in so far as I can discern it, is that a hyperlink allows a browser to automatically allow access to a work, whereas my writing in English requires a human to interpret it and take autonomous action (though of course hyperlinks can also be read and acted on by humans - it is just that most people don't know how to do so).

But this distinction is an unstable one. AI will become (and probably is in some cases) good enough to read some of the plain English statements and automate finding works based on them. Does one "make available" in those circumstances?

So, while I welcome the effect of the decision, I think we are moving into never-never land territory where the lawfulness of mentioning a work depends on facts that cannot be known or controlled by the mentioner. That does not seem sensible to me.

The Court did not separate out the link itself, perhaps facilitating communication of the work, and the end-user's act triggering the communication, which is not that of the link-provider's act. Did it thus create a new type of intermediary liability -- consistently with prior law?

I do not, however, see "intention" entering into the determination of the extent of any public addressed by the initial authorized posting the work. Absent "restrictions" on such initial access, the author or other right-holder makes the work "public" worldwide.

Is this approach consistent with other decisions localizing the audience addressed by a site, say, for purposes of choice of law or jurisdiction?