This year's Sir Hugh Laddie Annual lecture at UCL's Institute of Brand and Innovation Law (IBIL) was given by the distinguished American judge Alex Kozinski, lately Chief Judge of the US Ninth Circuit. In an introduction given by Daniel Alexander QC (standing in for Sir Robin Jacob who had been delayed), we heard that the Ninth Circuit covers an enormous area stretching from Alaska to Arizona and to Hawaii and Guam with a population of 60 million people within its jurisdiction.
But as Judge Kozinski himself pointed out in his opening remarks, perhaps more significantly the Ninth Circuit includes those two power houses of American creativity and innovation, Hollywood and Silicon Valley. Not for nothing is it also known as the Hollywood Circuit. This means that a lot of important intellectual property cases have been decided by the Ninth Circuit, along with quite a few less worthy ones. The title of the lecture was IP and Advocacy, but it might have been subtitled "Keep it simple, stupid". In an amusing all singing (literally) lecture Judge Kozinski encouraged IP advocates to keep their pleadings and submissions simple, and preferably illustrated by means of helpful analogies which the bench could relate to. I suspect that Sir Richard Arnold who was sitting in the front row might have permitted himself a wry smile at this suggestion. Judge Kozinski then followed his own preaching with an example of what he meant. He cited the case of Galoob v Nintendo, in which Nintendo had alleged that Galoob's add-on software named Game Genie which alowed players to vary the way in which Nintendo's games could be played, infringed Nintendo's copyright. He quoted from the introductory paragraphs of Galoob's submission to the Appeal Court, which was couched in terms of a story about a young teenage girl who perfectly legally read the last page of her book before deciding to start from the beginning, once she was sure it had a happy ending; she subsequently watched a video, and fast-forwarded to the part where she had finished watching previously, and after this she plugged in the Nintendo game cassette along with the Game Genie software and was able to alter certain characteristics of the game, and also jump to a level she had not previously reached. None of these actions resulted in any alteration of Nintendo's code or made copies of it, just as reading the last page of the book or fast-forwarding the video had not infringed the respective copyright in those works. Judge Kozinski said that by means of these few simple sentences, Galoob's counsel had illustrated the futility of Nintendo's case, even though the submission then ran on for another 50 pages or so.

Further amusing examples were quoted, in which we were treated to such musical delights as Johnny Mathis singing When Sunny gets Blue (Fisher v Dees), and Aqua singing I'm a Barbie Girl. The latter was in the context of the case Mattel Inc v MCA Records in which Mattel who make the Barbie doll, sued MCA Records over the Aqua song, instead of realising this was excellent free publicity for their product. Or in the words of Judge Kozinski, they should have just sent over a bottle of Dom Pérignon to MCA. This was the famous case in which the Ninth Circuit court proffered the following advice within their opinion "the parties are advised to chill". Clearly Mattel's lawyers thought otherwise and petitioned the US Supreme Court although SCOTUS declined to hear the case. Judge Kozinski made the point that too often in IP cases the author of the work is too personally involved and affronted by the alleged infringement and so overlooks the bigger picture. He went on to develop the point by saying that seldom is it the case that the dire consequences which plaintiffs argue actually come to pass. From the time of Gutenberg, vested interests have opposed virtually all technological advances, but their fears have proved groundless. He didn't mention the RIAA and the major record labels but few in the audience can have been unaware of the unstated criticism.
Yet more examples were used to illustrate the point: Vestron v HBO on the futility of injunctions in some cases; Sony v Universal City Studios (the Betamax case) on the contention that disasters predicted by plaintiffs seldom turn out as bad as is first claimed - in that case the home theatre market proved to be a goldmine for the creative industry, not its nemesis.
And as I predicted elsewhere, Judge Kozinski then came to the Garcia v Google case. This has been extensively reported here on 1709 and on the IPKat blog and so I won't summarise the case here. However Judge Kozinski saw this as yet another instance where the dire things claimed in submissions never actually happened. This sounded a little like the judge rowing back from his own first appeal court decision to injunct YouTube over the Innocence of Muslims trailer. This was touched on in a question at the end, when the Judge was asked if there had ever been a decision he later changed his mind over. The response was that a court's opinion stands still and reflects the facts at the time, but person who makes the decision moves on and and may develop his views over time. 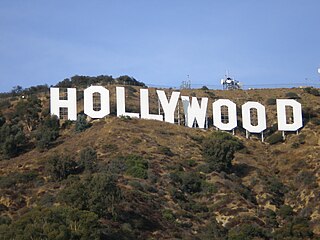 The lecturer then went on to discuss a couple of cases involving the Right of Publicity, of which the California Celebrities Rights Act is a more comprehensive example. Here the quoted cases were White v Samsung, Wendt v Host International and Douglas v Mattel. He then mentioned the case of New Kids on the Block v News America Publishing Inc in which the defendant ran a poll to find out which member of the group New Kids on the Block was the most popular. This led to News America being sued over issues of trade mark and false endorsement, to which the Ninth Circuit, in an opinion written by Judge Kozinski, developed the doctrine of 'nominative fair use'.

The lecture drew to a close with a brief analysis of when the law is not necessarily the answer. In particular Judge Kozinski highlighted the Streisand effect and also the effectiveness of a well-organised public backlash against an over-zealous litigant, who while he may have the law on his side, can do great damage to his brand by appearing to bully the little guy. In this context he mentioned the trade mark dispute between Vermonster beer and Monster energy drink, and the European case of Louis Vuitton v Plesner (reported here by the IPKat blog).
As perhaps befits a judge from the Hollywood circuit it was a most entertaining evening and a candid look at one face of the American IP legal machine at work.

Thanks Andy for an excellent summary. It was a very interesting and entertaining lecture.