As recently reported, the city of Inglewood in California filed last March a copyright infringement suit in the Central District of California against Joseph Teixeira, one of its residents. The complaint claims he “copied and distributed no less than five of Plaintiff’s copyrighted works by making derivative works and posting copies of the derivative works on the Internet without authorization.” The case is City of Inglewood v. Joseph Teixeira, 2:15-cv-01815.
The “copyrighted works” at stake are videos of Council meetings, and the allegedly infringing use is the making and publishing on YouTube, under the name “Dehol Truth,” of six videos using footage of five meetings to comment on topics related to the meeting or to Council members. Defendant is heard in voice over, narrating his point of view on a particular topic. Footage of the meetings sometimes cut to documents, such as a letter or a statute, to further enhance the narrative. Defendant also added sometimes written text over the images. The complaint states that Defendant “merely use[d] the [videos] to get attention, generate income, and avoid having to create Defendant’s own legitimate videos.” 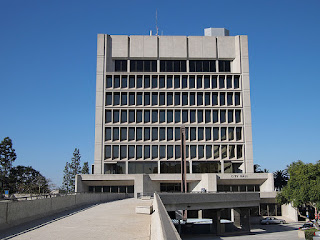 Defendant moved to dismiss the case, claiming that Plaintiff was precluded by California law from securing copyright protection in these public records, and that, even if Plaintiff indeed owned the copyright for the videos, their use by Defendant is protected by Section 107 of the Copyright Act. See here, here and here for Defendant’s arguments. Defendant is represented pro bono and the briefs are a delight to read.
Can a City hold a Copyright in Recordings of its Meetings?
Section 105 of the Copyright Act precludes copyright protection for any work of the United States Government, but applies only to the federal government. Plaintiff cited County of Santa Clara v. Superior Court, a California Court of appeals case, to posit that state law determines whether copyright may be claimed in works of state and local government. In this case, the California Court of appeals was not convinced by the County’s interpretation of Section 6254.9(e) of the California Public Records Act (CPRA), which applies to computer software developed by a state or local agency, and states that "Nothing in this section is intended to limit any copyright protections,” as “expressly provid[ing] for copyright protection despite production of public records" (at 1332).
Plaintiff conceded in its Opposition that California law precluded it from copyrighting the videos, but then argued that it is not bound by state law.
Are Defendant’s Videos Protected by Fair Use?
Even if the videos are indeed protected by copyright (not likely), is their use by Defendant fair?
The complaint alleged that Defendant “had made derivative works of the [videos] by reproducing [them] in substantial part. The derivative works have no critical bearing on the substance or style of the original composition. The derivative works (“Infringing Copies”) merely use the Copyrighted Works to get attention, generate income, and avoid having to create Defendant’s own legitimate videos.” 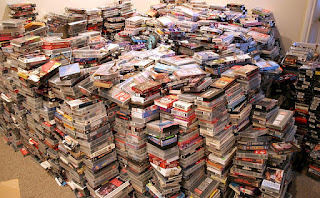 Defendant addressed the four fair use factors. He first claimed that the purpose and character of the use weighed in his favor as his videos were transformative. Defendant’s videos used “short clips from lengthy City Council meeting heavily modified and interspersed with original text and audio, for the entirely different purpose of criticizing officials for their conduct at these proceedings.”
While noting he would prove that his use was non-commercial should the case survive the motion to dismiss, Defendant argued that even if the court would be convinced that the use was commercial, a commercial use can still be fair, citing the Supreme Court Hustler Magazine, Inc. v. Falwell case.
Defendant also claimed the second fair use factor, the nature of the work used, to be in his favor, as the videos were “purely informational works” with a copyright “at best thin,” if any. As for the third factor, the amount taken, Defendant “use[d] a reasonable amount of the footage [of the meetings]” to create his videos.
As for the fourth factor, the effect of the market, Defendant argued that “[n]ot only does [this factor] unequivocally favor fair use, this inquiry also exposes the completely baseless nature of this action,” as Plaintiff cannot claim any economic harm since its duty is to provide a copy of meetings for free to the public, and thus, there cannot be a market for such meeting videos. Plaintiff conceded that California law prohibits it from making money from these public records, but argued that it had to recoup the cost of installing a video recording system. But Defendant  argued that Section 6253(b) of the CPRA provides that public agencies may only charge the public for “direct costs of duplication” and thus the cost of producing the public record cannot be charged to the public.
Defendant’s Videos and First Amendment


Defendant claims that Plaintiff is using copyright to silence political speech, even though “copyright law is not designed to stifle critics” (citing Fisher v. Dees, a 1986 9th Circuit case). Defendant also cited California’s Brown Act which states that “public commissions, boards and councils and the other public agencies in this State exist to aid in the conduct of the people's business. It is the intent of the law that their actions be taken openly and that their deliberations be conducted openly.”
For Defendant, assessing a copyright in a public record would limit public access to this information. He claims that his “speech concerning public affairs is more than self-expression; it is the essence of self-government… and it occupies the highest rung of the hierarchy of First Amendment values, and is entitled to special protection,” citing the Supreme Court Snyder v. Phelps case, at 1215. Also, “[t]he City’s aim is clearly to silence [him], and to punish him for his harsh criticism of the Mayor. But his speech is constitutionally protected, and fully consistent with our “profound national commitment to the principle that debate on public issues should be uninhibited, robust, and wide-open, and that it may well include vehement, caustic, and sometimes unpleasantly sharp attacks on government and public officials” New York Times Co. v. Sullivan, 376 U.S. 254, 270 (1964).”
A decision of the Court is expected soon. I will keep you informed.

Posted by Marie-Andree Weiss at 2:07 pm