Fit for purpose? Come and hear the debate

“Is copyright in the EU fit for the 21st century?” This question is the basis for discussion at what is billed as a "conference-debate" at CEIPI between Mr Andrus Ansip, Vice-President of the European Commission, and Professor Christophe Geiger, Director General of CEIPI. According to information received: 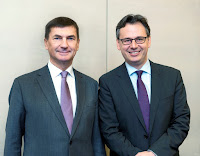 "The Center for International Intellectual Property Studies (CEIPI) of the University of Strasbourg has the honour to welcome the Vice-President of the European Commission in charge of the Digital Single Market, Mr Andrus Ansip, for a conference-debate on the topic of the future copyright reform in the EU: “Is copyright in the EU fit for the 21st century?”.

Mr. Ansip, former Prime Minister of Estonia, was appointed Vice-President of the European Commission in 2014, where he is in charge of the digital market portfolio. The modernisation of Europe’s copyright rules is an essential step towards completing the European digital single market. The European Commission has vowed to table its proposals for a “copyright regime fit for the digital age” in 2015. The debate will be animated by Mr. Christophe Geiger, Professor at the University of Strasbourg and Director General of CEIPI.

On this occasion, the President of the University of Strasbourg, Mr. Alain Beretz will pronounce the opening remarks.

For further details and registration, click here.
Posted by Jeremy at 7:56 am