Russia signs up for Beijing Treaty 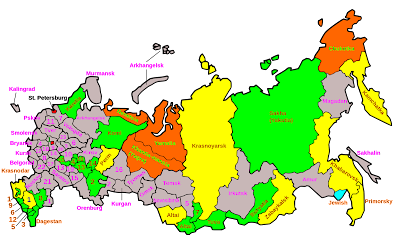 Russia's move brings to 10 the number of countries that have either ratified or acceded to the Beijing Treaty (you can check the current list here). This means that one-third of the number of participants necessary to bring the Treaty into force has now been notched up.
Posted by Jeremy at 10:31 am