Does Kendall Jenner Have a Laser Sharp Right of Publicity Claim?

On February 10, 2016, Kendall Jenner and Kendall Jenner, Inc., filed a right of publicity and trademark infringement suit in the Central District of California against Cutera, a provider of laser dermatological treatments. The case is Kendall Jenner Inc. v. Cutera, CD California, 16-00936.


Who is Kendall Jenner? Well, she is “one of the one of the world’s most popular supermodels” [sic] as the complaint explains (or hiccups?). She has “graced the covers of the world’s most prestigious fashion magazines” and “walked the runways for the elite of the fashion world.” She also is a “successful clothing designer” and a “well-known television personality” as the Keeping Up with the Kardashians reality show airs “in over 160 countries worldwide” (you read that right).


If all these achievements would not be enough, Ms. Jenner is also “one of the largest social media presences of any young woman of her generation,” with over 48 million followers on Instagram, over 15 million followers on Twitter, and some 12 million “likes” on Facebook. Wouldn’t it be nice if Ms. Jenner tweeted about this blog post?


Defendant Cutera is, according to the complaint, a “designer of medical aesthetic applications.” One of its products is Laser Genesis, a laser treatment which dermatologists may use to rid their patients of spider veins, dark spots, wrinkles, razor bumps and other skin defects.


Just before the beginning of Fashion Week in New York, Cutera started advertising early February the Laser Genesis treatment in New York, particularly “outside New York skin care centers.” The ad features a picture of Plaintiff on the right side and reads at the top: Acne “Completely Ruined” Kendall Jenner’s Self-Esteem. The ad further claims that Laser Genesis is responsible for Plaintiff’s “nearly flawless skin.” The ad has also allegedly been distributed in California, around the U.S. and even around the world.


Alas, Defendant had allegedly not sought permission to use Plaintiff’s name and likeness. If this is proven, it would clearly be an infringement of Ms. Jenner right of publicity.


As this blog concentrates on copyright, I will not address the trademark infringement claim. Let’s just note that Plaintiff owns the KENDALL JENNER registered trademark in class 35 for “advertising services, namely, promoting the brands, goods and services of others” and “endorsement services, namely, promoting the goods and services of others.” The complaint alleges that Cutera’s ad is likely to create consumers ‘confusion, and capitalizes on Plaintiff’s good will. The complaint also alleges that the ad confuses the public to mistakenly beleive that the famous model sponsors, endorses and is somewhat associated with Cutera, which would be a false association or endorsement under 15 U.S.C. § 1125(a).


Plaintiffs claim that Defendant has violated Ms. Jenner’s right to publicity, as protected by California Civil Code § 3344. The complaint does not elaborate on the right to publicity claim, but indicates that “Plaintiffs have suffered and will continue to suffer damages in an amount to be proven at trial, but not less than a number well into eight figures.”


Indeed, it is obvious that it is Ms. Jenner who is pictured on the ad, and therefore she is, under the California statute, “readily identifiable from a photograph when one who views the photograph with the naked eye can reasonably determine that the person depicted in the photograph is the same person who is complaining of its unauthorized use” (the ad is pictured p. 11 of the complaint).


There is no doubt that the ad is using Plaintiff’s name and likeness under California right to publicity statute “for purposes of advertising or selling, or soliciting purchases of, products, merchandise, goods or services.” Consent would be a defense, but it does not appear to be available to Defendant in this case. 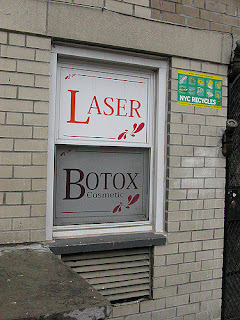 The complaint does not mention it, but Cutera tweeted in November 2015: “Have you heard? Kendall Jenner Admits to Getting #cutera #lasergenesis!” with a link to an blog post on the supermarket checkout gossip magazine Life & Style site, which in turn quoted a statement allegedly made by Ms. Jenner on her website. The link to this page on Ms. Jenner’s site now returns a 404 error message and the page seems to have been recently taken down, if one refers to the Internet Archive site. However, even if it would be true that Ms. Jenner had mentioned Laser Genesis on her website, this would not be an endorsement, only the expression of her opinion. Indeed, if she had mentioned it on her site and not disclose that she had been compensated for the endorsement, it would have been a breach of the Federal Trade Commission Endorsement Guides. However, the part of the ad which quotes her as saying that acne “completely ruined” her life may be protected by the First Amendment, even if Ms. Jenner did not consent to its use , but that would be quite a stretch.


The complaint claims 10 million dollars in damages and further claims that, as Defendant has acted “willfully, maliciously, and oppressively,” Plaintiffs are thus entitled to punitive and exemplary damages as well. The case is likely to settle before going to trial.


Image is courtesy of Flickr User Brian Bald Under a CC BY-NC 2.0 License
Posted by Marie-Andree Weiss at 7:11 pm