Football season ended in the U.S. last Sunday with the Super Bowl (Denver won), and baseball season (alas!) has not started yet. Basketball season is in full bloom (go Knicks!), but will end in the Spring. 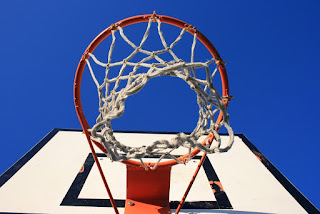 The game reproduces the likeness of basketball players. Some of them, LeBron James, Kobe Bryant, Eric Bledsoe, DeAndre Jordan, and Kenyon Martin sport tattoos in real life, and their digital representation sport the same tattoos in the NBA 2K16 game, as they already did in the NBA 2K14 and the NBA 2K15 games.


The design of these tattoos had been created by several artists who later signed licensing agreements with Solid Oaks Sketches, LLC. (Solid Oaks). Following the release of the NBA 2K14 and NB 2K15, Solid Oaks engaged in a negotiation with 2K in July 2015, in anticipation of the September release of NBA 2K16, as it believes that, by reproducing the tattoos in its video games, 2K infringed Solid Oaks ’copyright.


Are Tattoos Protected by Copyright?


The designs at stake are all registered with the Copyright Office, as tattoo artworks. What about the real tattoos?


Plaintiff argues that tattoos are protected by copyright, as they are “pictorial, graphic, and sculptural works” under 17 U.S.C. §102(a) (5). Plaintiff also argues that tattoos are fixed in a tangible medium of expression, noting that “the tattoos designs are imprinted permanently upon the skin of humans, clearly stable and able to be perceived for much more than a transitory duration” (at 28). Tattoos also satisfy the “minimal degree of creativity” requirement set by the Supreme Court in Feist Publications, Inc. v.  Rural Tel. Serv. Co.


Plaintiff cites an article by Yolanda M. King, The Challenges Facing Copyright Protection for Tattoos to support its claim but notes, however, that “[t]he issue of tattoo copyrightability has yet to be decided upon in court due to numerous settlements preventing a final judicial opinion.”


It seems that tattoos may be  protected by copyright. Is there a defense available to the Defendants?


Defendants in this case could certainly claim that the amount taken in relation to the video game was small enough to be fair. They could even claim that the use of original work was so little that it does not even warrant a review by the court, as de minimis non curat praetor, the court does not concern itself with trifles.


However, plaintiff took care to note in the complaint that “On social media, 2K has promoted the improved tattoo customization as a major feature in the game” (at 15) and that “Game reviewers praised NBA 2K16’s improved visuals, which included smoother looking character models and more individualized tattoos” (at 16), and so probably stands ready to argue that the use was significant, both quantitatively and qualitatively.


A Possible Defense: Terms of Players’ Contracts with Their Tattoo Artists


Did the players themselves have a licensing contract with the tattoo artists who applied the designs at stake on their bodies?


Indeed, sports agents should be well advised to explain to their clients that sporting one or more tattoos may impede their ability to monetize their image. While his tattoos make LeBron James an even more interesting player, having a court find out that their reproduction infringes the right of a third party would rather complicate the drafting of a (lucrative) agreement to license his image.


Should players be advised to secure the exclusive right of their tattoos before going under the inky needles? An author has argued for the need of an implied license.


It has been reported in 2013 that the National Football Association Players Association advised agents to recommend that their clients secure a release from the tattoo artist, and even to track down the artists who have done their previous tattoos to secure such release as well. This advice was given following the Whitmill vs. Warner Bros. Entertainment Inc., 11-cv-00752 (E.D. Mo.) case, where the tattoo artist who had created the highly original tattoo sported by Mike Tyson filed a copyright infringement suit to prevent the release of The Hangover 2, where actor Ed Helms sports a similar tattoo.


The National Basketball Players Association will probably issue similar advice following the 2K Games copyright infringement complaint, if it has not done it already. Meanwhile, many IP attorneys are hoping the 2K16 case will not settle, so that the SDNY will have an opportunity to rule on whether tattoos in general, and tattoos reproduced in video games in particular, are indeed protected by copyright. It should not be a slam dunk case (sorry).
Photo is courtesy of Flickr user Chili Head under a CC BY 2.0 license.
Posted by Marie-Andree Weiss at 9:30 pm