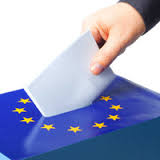 Just in case we didn't think that there had been enough copyright consultations, along come another two today, one from Brussels and one from the UK IPO.

The Brussels offering is a consultation on two things, the role of the publisher and the "panorama" right.  You can read all about it here.

Following on from the introduction of specific publisher rights in Germany and Spain, this information gathering exercise is the first intervention from the EU on this topic.  The Commission says "It will serve to gather views in particular on the impact that granting an EU neighbouring right to publishers could have on the publishing sector, on citizens and creative industries and as to whether the need (or not) for intervention is different in the press as compared to other publishing sectors."

The decision to consult on the so-called right of panorama is (in the author's view) regrettable, given the press reaction to the last time this issue bubbled up above the parapet - the Commission says "The consultation will also serve to collect input for the Commission's analysis of the current legislative framework of the 'panorama exception' - so at least they are not saying there is definitively a need to legislate (or at least not yet).

[The author sends his condolences to the survivors and to the families of the victims of yesterday's terrorist attacks and is reassured that the Commission is still undertaking business, rather than allowing terrorism to paralyse activities.]

From the IPO comes the more micro, but nevertheless important technical consultation on implementing the reform of section 72 - which you can read in full here under its full title of "Further consultation and technical review on changes to Section 72 of the Copyright, Designs and Patents Act 1988 (which permits the free public showing or playing of a film contained in a broadcast)."

The revised proposal appears much simpler than the previous one, which is to remove films entirely from the ambit of section 72.  However, the drafting (in this author's view) leaves something to be desired, as it appears to suggest that a broadcaster cannot control ANY communication to the public of a broadcast to a non-paying audience (so I can retransmit broadcasts without constraint, subject only to a claim from the underlying rights owners in any film or other copyright work incorporated into the broadcast).  The revised section 72(1) would read:

The showing or playing in public or the communication to the public of a broadcast to an audience who have not paid for admission to the place where the broadcast is to be seen or heard does not infringe any copyright in- (a) the broadcast; or (b) any sound recording (except in so far as it is an excepted sound recording) included in it.

Does that really meet the three-step test?
Posted by John Enser at 5:33 pm

I think there is a third (new) EU consultation looking at the application of VAT on e-Books in some states in the EU (e-books currently attract a higher rate than print editions as they are classified as electronic services) - more here http://www.booktrade.info/index.php/showarticle/63847

Why do you think s72(1) needs to meet the three-step test?

Article 5(5) of the InfoSoc Directive effectively imports the three-step test into all exceptions provided under EU law (irrespective of whether the works affected are those protected under Berne).

But which right under Infosoc (or any other EU Directive) is Section 72(1) an exception to? It isn't an infringement of broadcasters' rights under Article 8(3) of the Rental and Lending Directive, as this doesn't apply to communications "made in places accessible to the public against payment of an entrance fee". The same is true of communication rights in film fixations, which aren't required by the EU Directives.