Corporations Have No Moral Rights over Works in France, Even if They Commissioned It

The French Cour de cassation, France’s highest judiciary court, held on November 16 that a corporation cannot have moral rights over a work, even if it had commissioned the work or if the work was created by one of its employees.


Article L. 111-1 of the French intellectual property Code (CPI) gives authors both patrimonial and moral rights. Moral rights, which are perpetual, inalienable and imprescriptible, are the right of respect for the author’s name and status, and the right of the respect of the integrity of the work. 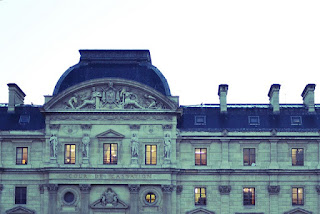 In this case, an advertising agency, which rights now belongs to the Maetva corporation, had commissioned a corporation, G. studio, to take photographs of watches to illustrate a catalog published by the Pierre L. corporation, a watchmaker.
The Pierre L.corporation used these photographs a year later for a new advertising campaign, which was featured on bus stops, magazines and online. G. studio found this new use to be infringing, as it claimed that it had only sold the rights in the photographs for their use in the catalog. G. studio sued the Pierre L. corporation for copyright infringement and Pierre L. called Maetva into the proceedings.
As you can see, no physical person is part of the procedure, only corporations. The issue of which corporation owned the patrimonial rights of the photographs was debated in the lower courts, and the Court of appeals found that they belonged to G. studio, as did thus, necessarily, the moral rights
The Cour de cassation refused to rule on the issue of patrimonial rights, arguing that reviewing them would impinge on the exclusive rights of the lower courts to estimate the amount of prejudice. However, it ruled on the issue of moral rights ownership. For the Court, the author, if the author is a physical person, enjoys an inalienable right to respect for his name, his quality and his work. Therefore, even if the author created the work as part of an employment contract, “neither the existence of a contract of employment nor ownership of the material support of the work are likely to confer on the corporation employing the author the enjoyment of that right.” The Cour de cassation did not send the case back to the Court of appeals for remand, as there is no need to estimate the amount in damages for violation of the moral rights, as these rights simply do not belong to G. studio.
Corporations cannot own the moral rights of a work under French law, even if they commissioned it, even if the work was created by an employee, and even if they own the patrimonial rights. The moral rights to the photographs at stake belong to the physical person who took them: whoever she is, she was not a party to this lawsuit. For the sake of this discussion, let’s add that if is true that the photographs were used without mentioning her name, she would have the right to sue Pierre L. for failing to disclose her name, as this is a violation of her moral right to paternity of a work.
Even if the photographer had signed a contract transferring all her rights to the pictures, the contract could not have transferred her moral rights, even if the contract would have explicitly, but illegally, mentioned them as being ceded, because moral rights cannot be transferred under French law.
This case should serve as a warning for corporations acquiring the patrimonial rights of a work in a country which recognizes perpetual and inalienable moral tights, such as France, that the physical person who took the picture retains his moral rights forever. This is the case even if the law of the contract is the law of a country which does not recognize such rights, as in the U.S.; see for instance Paris Court of appeals, February 1, 1989, (D. 1990. 52).


Image is courtesy of Flickr user Flash Columbia  under a CC BY-NC 2.0 license.
Posted by Marie-Andree Weiss at 2:16 pm

Thanks for the report on this case. I find it surprising that anyone in France should even raise the question of the transfer of moral rights since the law is very clear on the matter. I appreciate that this case was obviously about wider issue than just the moral rights, but since the actual author of the photographs does not appear to have been a party to the case, I wonder how on earth anyone thought they could argue this line on behalf of the defendant. It wouldn't even work as an argument under UK law where moral rights are treated much less reverentially. The CDPA gets round the 'problem' by effectively saying that where a work is made in the course of employment, neither the paternity nor the integrity right actually come into existence in the first place. (vide s 79(3) and s 82). Only when the author has been identified in the case of a work made in the course of employment can the integrity right be invoked and, as in France, this right belongs to the author not the employer.