Does a decree aiming at protecting the health of our auditory systems by making it mandatory to lower the sound level of music a violation of the moral rights of the author of the music?


The decree n° 2017-1244, of August 7, 2017 aims at preventing risks associated with noise and amplified sounds. It is applicable in France since October 1, 2017. It applies to public spaces hosting activities involving broadcasting amplified sounds which noise level is greater than the energy equivalent based on the value of 80 decibels over 8 hours.


The people in charge of operating such places are given the responsibility of making sure that the level of noise “never exceeds, at any time and in any place accessible to the public, the equivalent continuous sound pressure levels of 102 decibels weighted A over 15 minutes and of 118 decibels weighted C over 15 minutes.” The sound level must be even lower if children under 6 are in attendance. 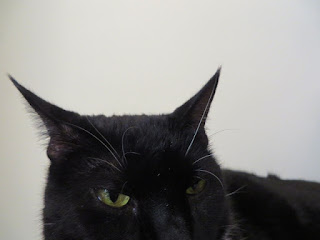 This sounds at first view like a sensitive initiative to protect the health of French residents. Hold on.


“Festive and nocturnal musical places have always been the scene of beautiful encounters, singular sources of living experiences, emerging cultures. However, the Decree 2017-1244 of 7 August 2017 … risks, in the name of precautions yet legitimate, to narrow the scope of these sensations.”


The authors of this editorial claim that restricting amplified sound is an infringement of the moral right of the authors on their works, as it denatures their works. They ask: “[w]ho will want to pay to enter a place where the music will be reduced by the sound restriction, to be a distant echo of itself?”


French droit moral provides the author four different moral rights: right of disclosure, right of repentance or withdrawal, right to paternity, and right to respect for the work. These rights are perpetual and inalienable.


The moral right which could be violated by the Decree is the right to respect for the work. Article L121-1 of the French Intellectual Property Code does not provide a definition for this right, but article 6bis of the Berne Convention gives the author the right “to object to any distortion, mutilation or other modification of, or other derogatory action in relation to, the said work, which would be prejudicial to his honor or reputation.”


If one admits that some music must be heard at a certain level of sound to be heard without being distorted or modified, then the Decree violates article L121-1. It is the author, however, not the listener, who has to right to state this.


The authors of the editorial fear the decree would endanger music festivals. They advocate for less rigid ways to protect the auditory health of the public. Will the French government hear their plea?

Posted by Marie-Andree Weiss at 6:39 am