What future for UK copyright after Brexit? A report on IPKat-BLACA panel discussion

Posted by Eleonora Rosati to the IPKat 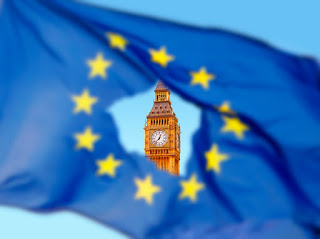 On 19 October last IPKat and the British Literary and Artistic Copyright Association (BLACA) partnered once again and organised a panel discussion on the implications that the departure of the UK from the EU (aka 'Brexit) will have on UK copyright law.

Asked what EU development has had the biggest impact - for better or worse - on UK copyright, Sir Richard highlighted at the outset how a number of developments would have occurred independently from UK membership of the EU. These include the changes mandated by the WIPO Copyright Treaties, TRIPS, the Marrakesh Treaty and the Beijing Treaty. However, there have been also legislative interventions prompted by EU membership, including the introduction into UK law of the resale royalty right (droit de suite).

In all this, however, the learned judge noted that what has had a systemic impact has been in particular the jurisprudence of the Court of Justice of the European Union (CJEU), which has touched upon basic concepts such as originality (which Prof Derclaye said to require more than just sufficient skill, labour or effort, as per the traditional UK approach) and has resulted in UK courts embedding - as is apparent from the SAS case - the idea/expression dichotomy into UK law. Also Mr Saunders stressed the relevance of CJEU jurisprudence, and discussed the case of the right of communication to the public, which so far has been subject to nearly 20 references for a preliminary ruling.

I asked Sir Richard whether he thought that CJEU case law also mandates an open-ended approach to copyright subject-matter. Sir Richard and the other panellists noted that it is not sure that EU law - or rather CJEU interpretation of it - requires to adopt this approach and possibly (but not necessarily) further clarity might be provided when the CJEU decides Levola Hengelo, C-310/17, ie the cheese case [see here].

The discussion then moved to the policy initiatives that UK Government might need to take in the copyright area. Ms Lynch highlighted how, compared to other areas of IP, copyright is not particularly problematic. However, some adjustments would be required, eg with regard to the database right, and the country of origin principle. 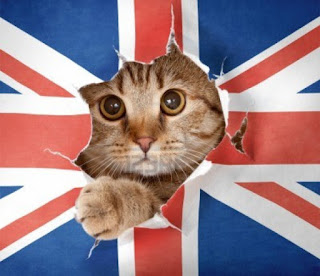 When asked about the perspective of UK creative industries, Mr Moss noted how there are some pressing issues to address, including with regard to live performances. Uncertainties over immigration rules post-Brexit, as well as potential visa requirements for UK musicians and performers travelling abroad and EU nationals coming to the UK, should be addressed as soon as possible in order to avoid having to cancel shows that - for 2019 - have already started being arranged and booked. With regard to copyright rules, Mr Moss noted that certain aspects of the proposal for a directive on copyright in the Digital Single Market should be transposed into UK law, even in a scenario of hard Brexit.

Turning to the issue of enforcement, Mr Ohta noted that UK courts have developed a solid jurisprudence on jurisdiction over intermediary injunctions. The discussion then moved to the issue of responsibility for implementation costs of injunctions granted against intermediaries. It will be crucial to see what the UK Supreme Court decides in Cartier next year.

As a final wrap-up question, I asked the panellists to indicate one area of copyright that they would like to see changed after Brexit, should the UK have the power to do so. Sir Richard noted that, although he was not indicating any specific preference, the UK might have a discussion around the re-introduction of s52 of the Copyright, Designs and Patents Act (CDPA) [which the UK repealed as a consequence of the CJEU Flos decision]. Prof Derclaye, Mr Ohta and Mr Saunders indicated case law on communication to the public as being in need of some rethinking, with Mr Saunders also adding the introduction of a new private copying exception [s28B CDPA was repealed shortly after it was introduced, on grounds that Government had failed to provide appropriate evidence as to why there was no need of a fair compensation requirement]. Mr Moss said there is no particular need to reform UK copyright law, although greater cooperation from intermediaries would be good. Considering how busy the UK IPO is already with other IP rights, Ms Lynch concluded by saying that she wishes that no immediate changes are necessary.